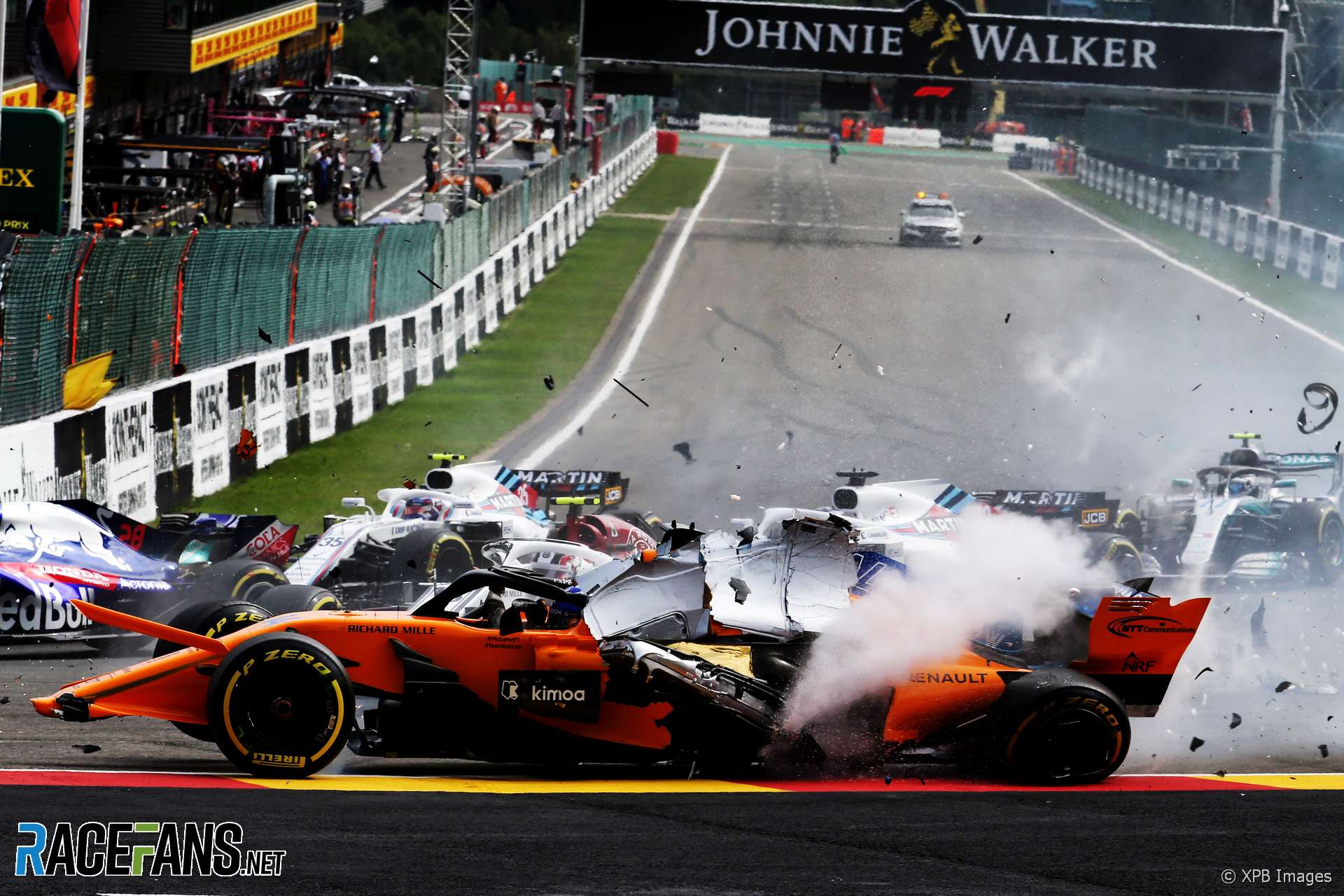 Fernando Alonso will use a new chassis for this weekend’s Italian Grand Prix following his Spa crash.

He was hit by Nico Hulkenberg at the start of the race and flipped over the top of Charles Leclerc’s Sauber. Alonso told media at Monza his previous car is “gone” as a result of the crash.

“I think it’s the chassis that I used in winter testing or the first races. So it’s something that we already raced with, but it’s a new chassis.”

McLaren is also running low on its stock of current-specification spare parts as a result of the crash, said Alonso.

“We have enough, luckily, but probably we will run out of spare parts, we have just what we have on the car. The rest will be probably different specification.

“It’s quite tough because the damage on the car was quite extreme, especially on my car, then you have only four cars to build a completely new car for Monza. It’s the way it is.”

The team believes his Spa power unit survived the impact and will test it in first practice tomorrow before committing to using it for the rest of the weekend.

“There were some concerns on Sunday, then Monday [and] Tuesday they checked everything properly and it seems OK. Hopefully we can run still with that engine.

“But the full car, not only the chassis, the floor, the front wings, things that we are limited on parts as well, they’re gone. It was quite expensive.”

The crash was doubly frustrating for Alonso as the team had decided against changing his engine that weekend and incurring a penalty, which he will have to take at a later date.

“I was just disappointed and definitely worried about the car because these two races are quite important for us in terms of choosing where to have the penalty, maybe introduce a new engine, things like that.

“In Spa because the penalty of Hulkenberg, Valtteri [Bottas] and [Carlos] Sainz [Jnr] we opted not to change the engine and benefit from the P14 starting position. And then in the first corner you are out of the race and you will have to pay the penalty in this race or later on.

“So it’s a double zero, one in Spa because of another guy and one that you will take the penalties. So quite a sad day.”