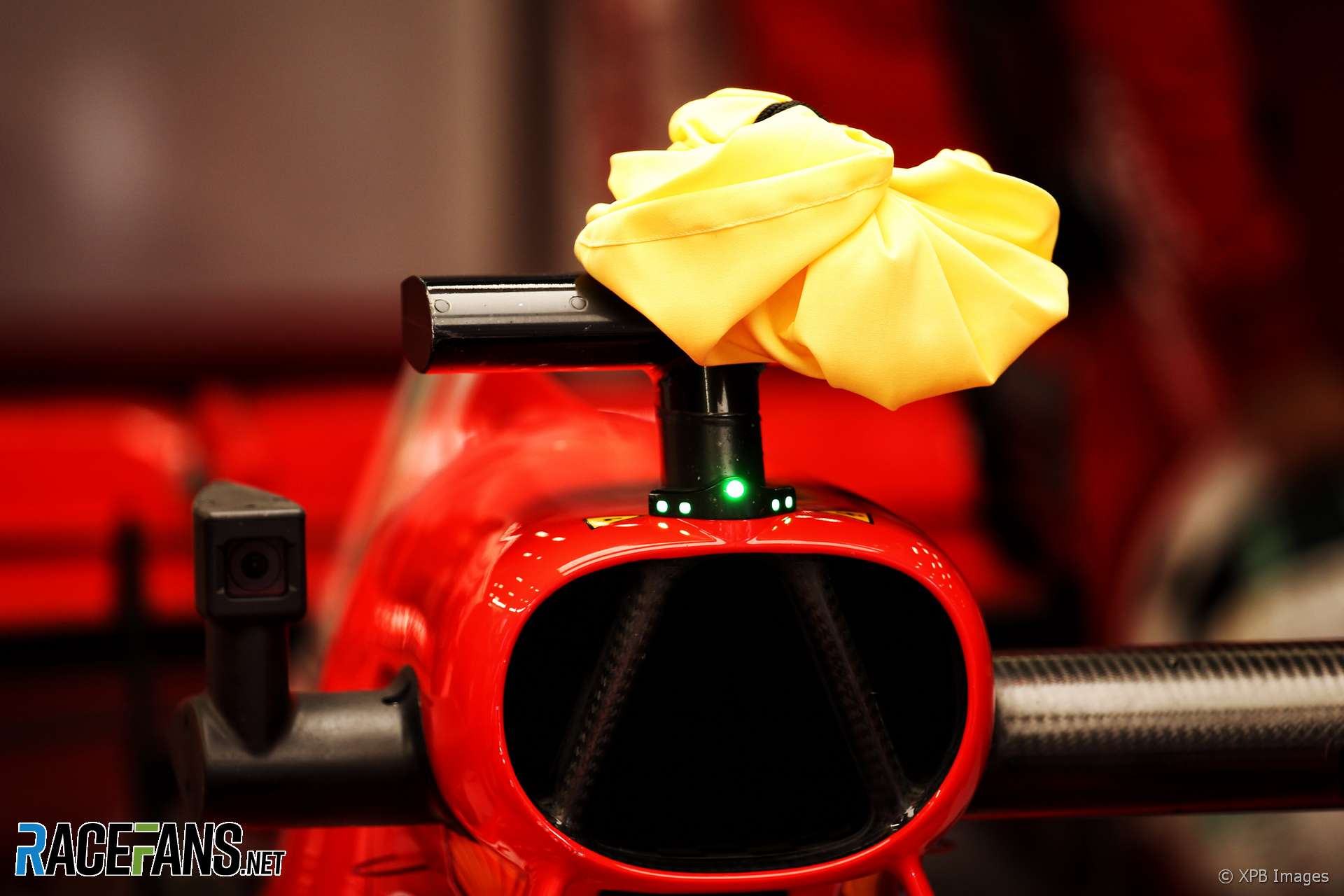 Ferrari has been spotted covering its onboard FOM camera with a bag when its car is not running on the track.

The practice has caught the eye of rival teams. It prompted speculation Ferrari was covering its camera to prevent the team’s activities being observed in between runs during practice and qualifying.

RaceFans has learned Ferrari took the decision to cover its camera partly in response to an incident at a previous race weekend when a rear-facing camera was accidentally activated while the car was in the garage. This resulted in footage of sensitive parts of its car including the engine and rear suspension being broadcast.

However there is also a practical reason for Ferrari’s decision.

The operating temperature range of Formula 1’s onboard cameras is between 50 and 120C. However Ferrari has discovered the heat soak from its car when stationary has been high enough to overheat the camera and cause it to automatically switch off.

This is a particular problem for Ferrari as it relies on the data collected by the camera and purchases the footage from FOM for its own use. The team has therefore begun cooling the camera between runs by placing a bag over it and packing it with dry ice.