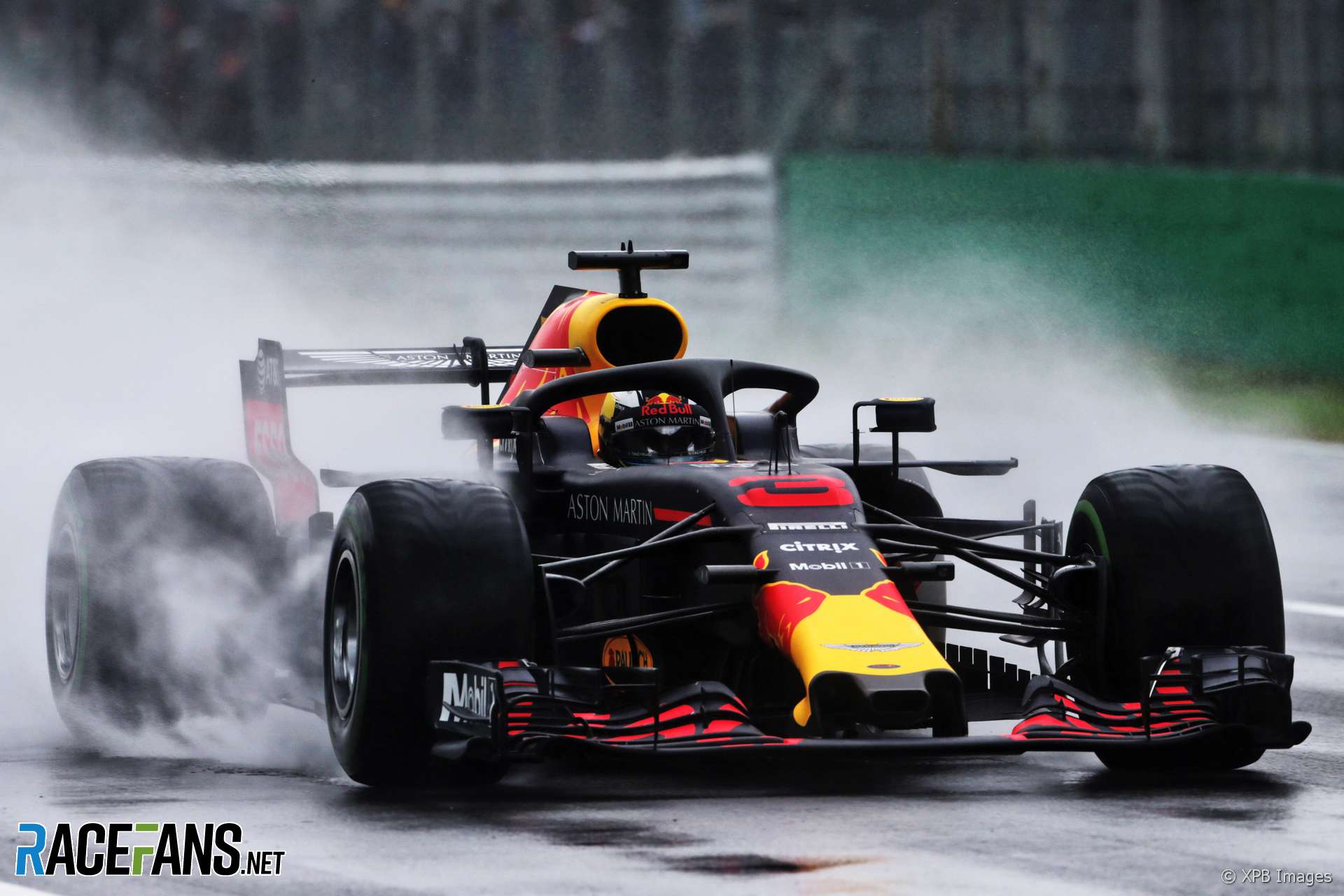 A change in the weather forecast for the Italian Grand Prix means Formula 1 could have its third wet qualifying session in as many races.

That may be music to the ears of Lewis Hamilton, who said Saturday rain at the Hungaroring and Hockenheimring was the reason he was able to beat the Ferraris to pole position. But for all the teams it will pose a tricky question of set-up, as confidence remains high that race day will be dry.

“It’s interesting to see tomorrow which is the set-up they try to use,” said Pirelli’s Mario Isola on Friday evening. “If it is dry tomorrow there is no doubt. Sunday should be dry and they go on a dry set-up.

“If tomorrow is wet again it’s a compromise because the car is in parc ferme after qualifying so we have to understand if they prefer to have good quali and then maybe during the race the performance of the car is not so good, or the opposite. Maybe they take a risk in quali and then the car is good in race conditions.”

If the rain does come, qualifying positions could be decided not just by which team dares to run the most wing, but by tyre choice on a drying track. Pirelli says the track becomes dry enough for slick tyres when lap times reach the 1’37-1’38 range, and slicks are the way to go once lap times fall to 1’31.

Some teams and drivers have already indicated which way they intend to go on set-up. Red Bull are running aggressively slim rear wings (as on Daniel Ricciardo’s car above) to minimise their lack of straight-line speed.

Nico Hulkenberg, doomed to start from the back due to his Spa gaffe, opted for Renault’s low downforce set-up today. Carlos Sainz Jnr in the team’s other car ran a more conventional set-up. This may also have been to minimise the RS18’s poor stability, as Sainz explained.

“We still need to work in many other areas of the chassis,” he said. “When we come down on downforce our stability problem are exposed even more. We are suffering a bit with entry stability, a lot of oversteer like I was struggling in Spa.”

Assuming the race is dry, tyre strategy will be a short debate according to Sainz. “At the moment there’s no tyre deg[radation] at all. It should be an easy one-stop race for everyone unless the heat arrives, the blisters arrive and all of a sudden it’s chaos like it was in Austria.” Pirelli’s information is that most teams will avoid the medium tyre, indicating Monza will be the usual one-stopper.

What does this mean for the fight between the championship contenders? Ferrari have a similar Friday performance margin to the one they enjoyed at Spa. It was nip-and-tuck between them and Mercedes in dry qualifying last week, so whatever happens with the weather we should be in for a close contest.

“In the dry Ferrari definitely seems quick, as expected,” noted Valtteri Bottas after practice. “It’s not going to be an easy weekend but we knew it coming here.”

However Sebastian Vettel didn’t make life easy for himself by spinning on his long-run on super-soft tyres. (This was his second prang in as many days, including his slip-up during Thursday’s show run in Milan.)

With limited time to do race simulations because of the morning rain and the red flag caused by Marcus Ericsson’s crash, and rain expected during final practice, Ferrari could head into Sunday’s race short on tyre data. That might have been more of a concern earlier in the season but at this stage, with the tyres very much a known quantity, it shouldn’t put Ferrari off their stride. A home win is very much on the cards.