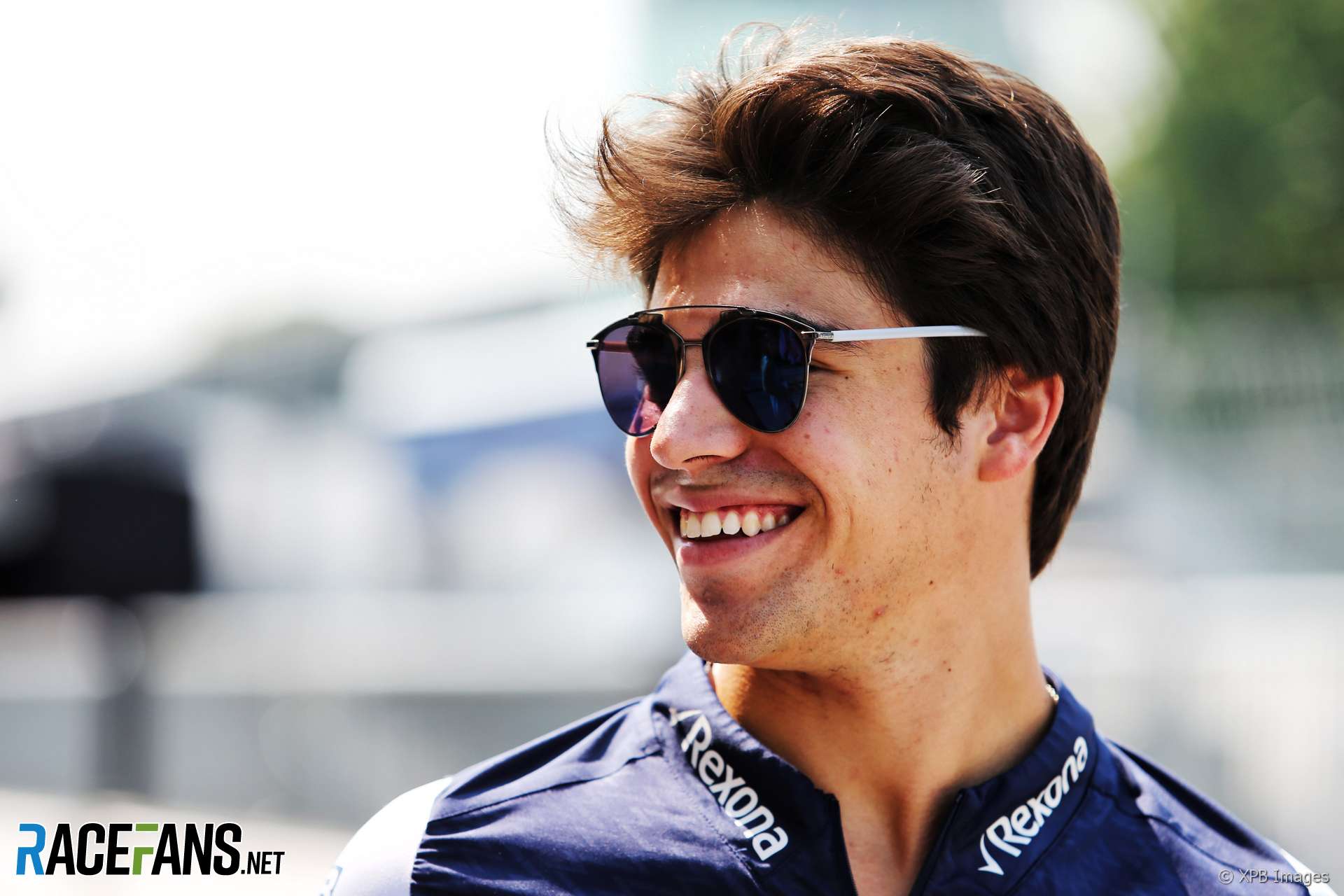 On day two in the Monza Formula 1 paddock Dieter Rencken put Lance Stroll on the spot about his recent visit to Force India.

Having been woken by torrential rain at 4am, I hit the breakfast room at my B&B in Cornate d’Adda about 15 miles from the circuit, then catch up on overnight emails and messages.

Having decided to depart for the circuit later due to the deluge – Italian commuter traffic and heavy rain don’t mix, plus track action is likely to be delayed – I follow up with Michelin as to whether the company has tendered for F1’s 2020-2023 sole tyre supply.

I hit the jackpot: the company’s communications manager calls back, stating they’ve decided against entry, and promises to send a statement once it’s cleared. Pirelli later confirm they will tender, so either it’s a slam-dunk in favour of the current supplier or the Italian company faces a rival bidder, namely Hankook, already DTM’s supplier, said to be looking at F1.

The process after tenders closed yesterday is that the FIA evaluates bidders in terms of logistics, technical competence, willingness to adhere to degradation targets and business models – including, for example, back-up plans should the F1 operation be hit by a catastrophe – by September 14th. It then forwards the list of qualified bidders to Liberty, who make the final choice based on commercial criteria.

Depart B&B and head for circuit. It’s pouring, but traffic has thinned, so I’m at the track at 11am, in time to catch FP1 proceedings, plus catch up on news with colleagues.

FIA presser time: this time it’s all technical directors (or similar), so talk revolves around wings and wheels. Then Liberty takes to the stage to announce an extension to the Japanese Grand Prix contract, with Honda (owners of Suzuka) taking up naming rights in honour of the 30 grands prix held at the circuit.

That’s a surprise: I’d heard that motor manufacturers had a pact to not involve themselves in such commercial deals to prevent bidding wars: Renault French Grand Prix, Fiat Italian Grand Prix, Lada Russian Grand Prix and Mercedes German Grand Prix; then F1 CEO Chase Carey announces that next year’s Hockenheim round is not only on, but will be sponsored by the Three Pointed Star.

The provisional 2019 F1 calendar is also confirmed (oxymoron, I know…), so it’s all good news at lunch time. But one can’t imagine such sponsorship policies enthralling the likes of Porsche and Toyota, and may just tip them against (re)entering given that any home victories would be celebrated at venues ‘owned’ by the opposition.

Media scrum time and I head first for Williams as I’d like to question Lance Stroll about his visit to Force India – now controlled by father Lawrence – on Tuesday, as we’d exclusively revealed. We exchange amusing banter as he ducks my questions as to how and why he ended up at pink team’s base:

RaceFans: What was it like on Tuesday? Interesting visit?

RF: It was given to me on record by the team the you were there, so…

RF: What was it like? It’s obviously nowhere near as big a set-up as Williams.

LS: Yeah, I mean, have you been before?

LS: Pretty much I saw what you saw.

RF: Was it a seat fitting or just to look around?

LS: I was just in the area. 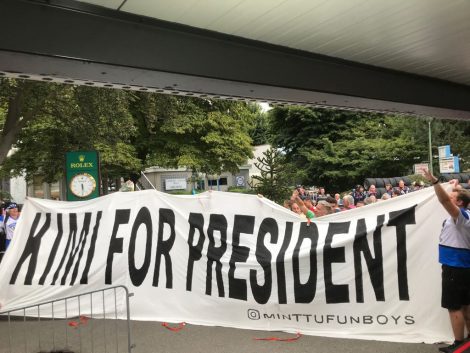 After a session with Force India’s management, who reveal more about Stroll’s seat fitting and how he fits into their plans, it’s off to Pirelli. Mario Isola, the company’s head of motorsport, confirms the tender submission, so now it’s a matter of waiting for mid-September, although I’ll endeavour to get the low down on all bidders in the interim.

In between session I swap notes and plans with editor Keith via the phone – though one call is interrupted by a group of enthusiastic Kimi Raikkonen fans (pictured).

Pack up and head for Cornate, stopping en route for risotto tirolese – a rice dish combining cheeses and speck (bacon) from Italy’s Tyrolean region, where Guenther Steiner hails from. I resist the temptations of gelato al caramello and finish with tiramisu.

Tedious work starts: booking (cancellable) hotels and cars for 2019. Hoteliers are notorious rip-off artists when major events hit town, and I take great delight in gazumping them by reserving early. I’ve saved up to 300 quid per race weekend by booking early – at times reserving two or three likely weekends well in advance, then cancelling as required – and when you cover 20 grands prix per year that adds up to a tidy sum.

The other advantage is that I’m able to reserve accommodation closer to circuits, in turn cutting logistics during race weekends. By the end of December I’ll have all cars, hotels and flights booked – enabling me to concentrate on the job in hand.

Job largely done, I turn in.