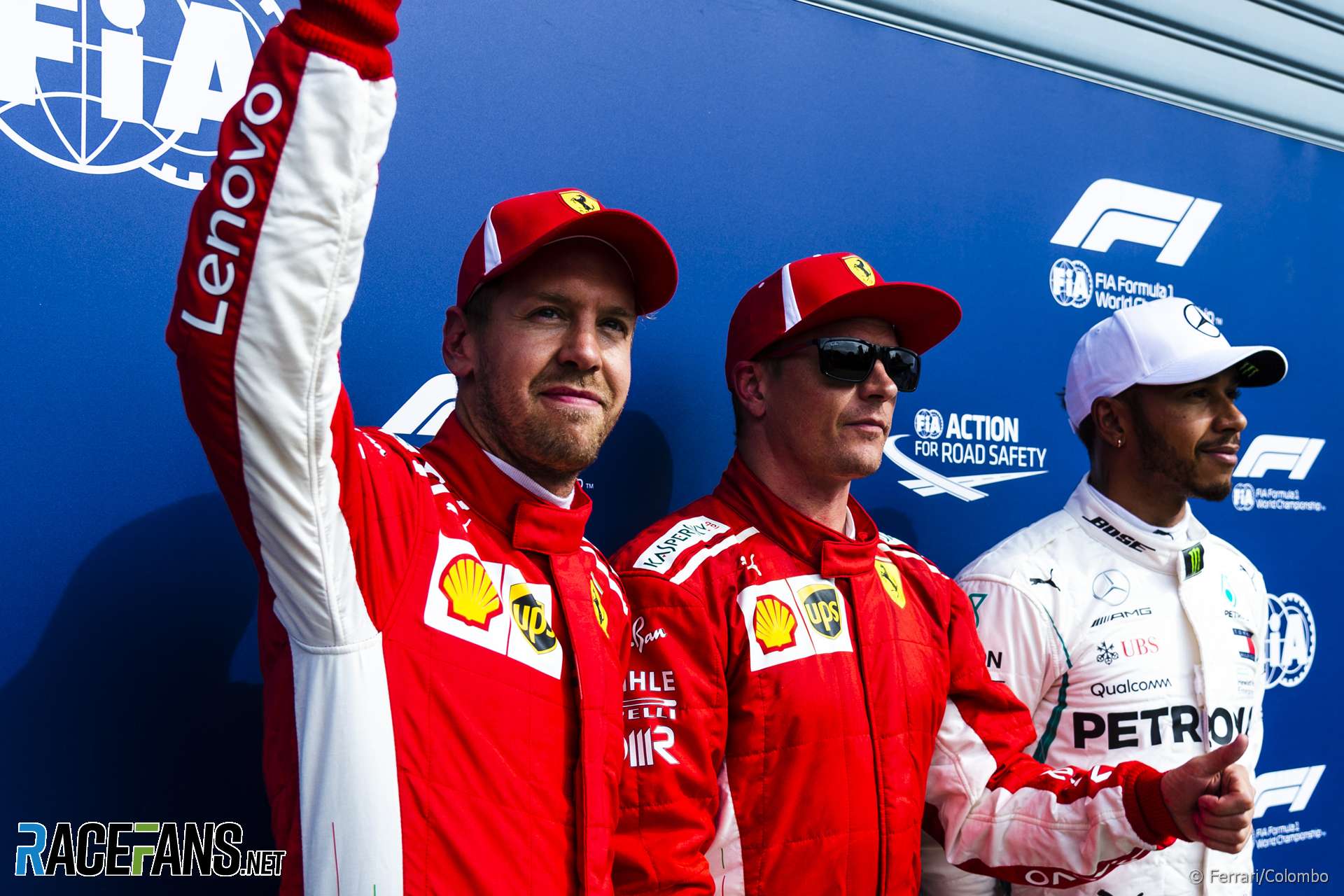 The rain didn’t fall on qualifying, despite the chance of precipitation being rated at 60% as the session began.

But that didn’t mean a clear path to pole position for Sebastian Vettel. Lewis Hamilton was a genuine threat. And then, in the final seconds of qualifying, came the shock few saw coming: Kimi Raikkonen stuck his Ferrari SF71-H on pole.

If nothing else, this was a masterstroke in timing by Raikkonen.

The changing of the guard at Ferrari made necessary by the sad loss of Sergio Marchionne has placed Louis Carey Camilleri in charge of the scuderia. Camilleri joined the team at the track for the first time yesterday, spoke about how Raikkonen was still under consideration for the seat – which some have previously insisted will belong to Charles Leclerc next year – then looked on as Sauber’s young hotshot went out in Q1 and Raikkonen delivered.

This is the first time in over a year Raikkonen has qualified on pole position. It’s been more than five long years since he last won a race. Can he finally do it?

Or, perhaps more importantly, will he be allowed to? There are eight races left, 200 points up for grabs, and Vettel is 68 points closer to the championship lead than Raikkonen is. When Jean Todt called the shots during Ferrari’s Michael Schumacher era this wouldn’t have been a question for them.

But in the post-qualifying press conference Vettel gave a rather different assessment. “Is Kimi allowed to win? Well, if he’s starting from pole, I guess he’s allowed to win. It’s a long race. Obviously he wants to win, I want to win. Hopefully one of us will win.”

Of course what is said and what gets done are two very different things. Raikkonen may get a word in his ear during the race, or someone may have pointed out to him that a contract is more likely to appear if he starts playing the dutiful number two.

Whatever happens, with Ferrari occupying the front row of the grid it is going to take something special for anyone not in a red car to be in the lead at the end of lap one. The best Hamilton can realistically hope for is splitting the two Ferraris at the start. He’ll be able to count on a good tow, but the run to the tight turn one is very narrow, and his options are likely to be limited.

The same applies when it comes to strategy. The front runners are all starting on super-softs and are all likely to make a single stop for soft tyres to get to the end of the race. Unless Sunday turns out to be warmer than expected, and blistering becomes a factor, this is likely to be one of the more straightforward races. And if that does happen, Mercedes is the team which has been more blister-prone.

Further back there should be more interest, not least because there are several drivers out of position. Daniel Ricciardo has to haul his way up from the back of the field, so expect some of his trademark daredevil late-braking. Sergio Perez has also left himself with a lot to do.

Pierre Gasly and Lance Stroll conspicuously over-performed in qualifying, but can they convert their top 10 starting positions into points finishes? Both are going to find it difficult. Stroll at least has the benefit of a Mercedes power unit and as Williams have had some of the quickest pit stops this year he might just be able to cling on.

Will it be a Ferrari win at home, or can Mercedes pull off something unexpected to disappointed the tifosi? And which team will emerge ‘best of the rest’?

39 comments on “Raikkonen is “allowed” to win, but will he end his five-year drought?”