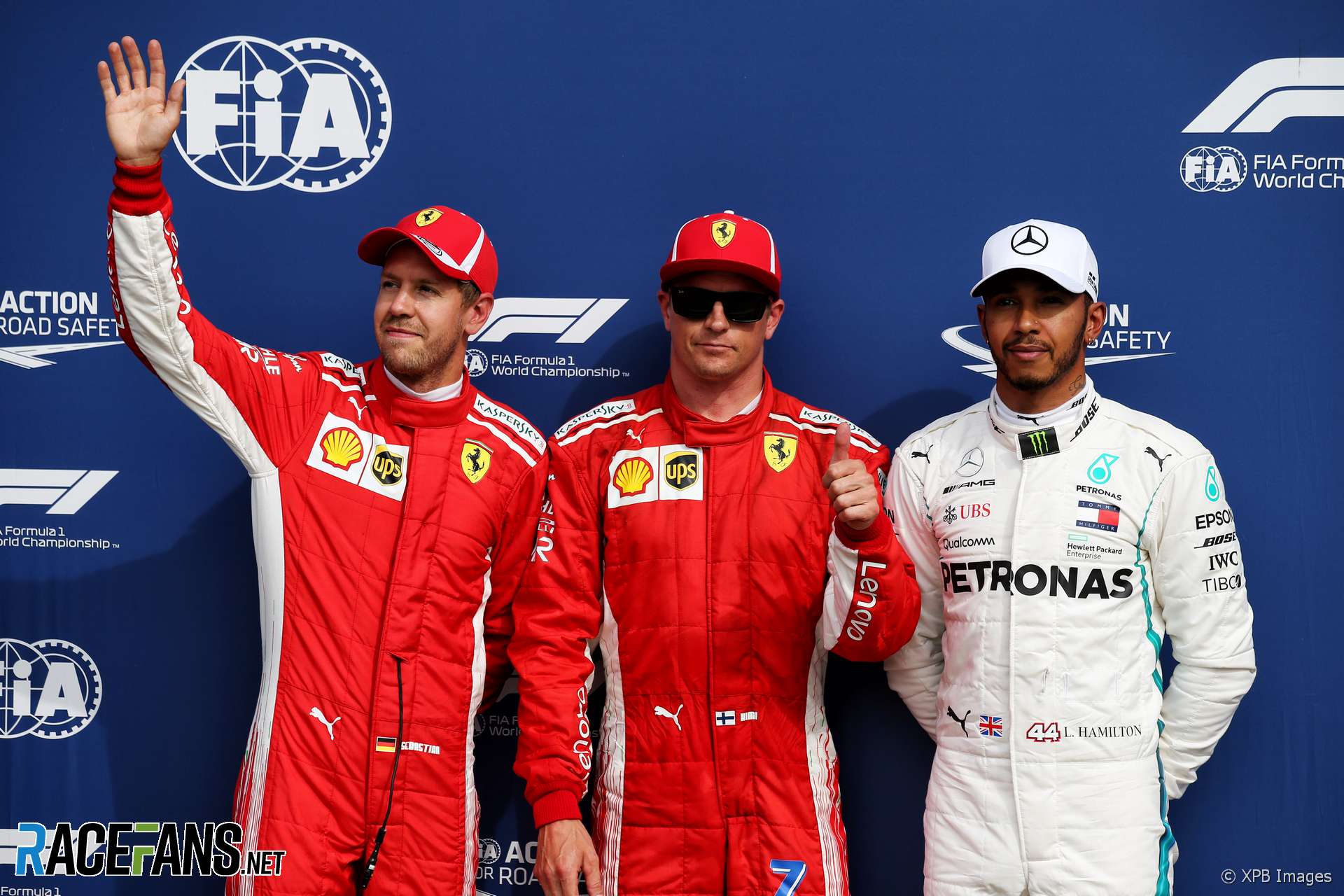 Kimi Raikkonen broke Juan Pablo Montoya’s 14-year-old record for the fastest ever lap in an official Formula 1 session as he took pole position for the Italian Grand Prix.

Daniel Ricciardo and Nico Hulkenberg went into qualifying aware they would start from the back of the grid anyway due to their power unit penalties. Nonetheless both decided to set times and progressed into Q2.

That was bad news for Sergio Perez, who fell into the drop zone and was eliminated by just one thousandth of a second. He was the only Mercedes-powered car not to make the cut, as both Williams drivers grabbed a place in Q2. Perez hadn’t been running at the end of the session, seemingly believing his initial lap time was quick enough to secure his progression.

Another surprise elimination in Q1 was the Sauber pair, Marcus Ericsson has a 10-place grid penalty for an engine change anyway, but Charles Leclerc looked on course to progress until he made a mistake at Parabolica.

Brendon Hartley was the last driver to be eliminated.

Vettel headed the times in Q1 and stayed ahead in the second part of qualifying as the front runners began to show their real speed. His 1’19.785 was eight-tenths of a second quicker than he managed in the first session.

Hamilton almost kept pace with him, crossing the line just 0.013 seconds slower after his first run. But on their second runs Vettel improved by a tenth of a second.

Neither Ricciardo nor Hulkenberg made a serious bid to get into Q3 as doing so would mean having to start the race on old tyres. Fernando Alonso and Kevin Magnussen also dropped out after the Haas driver tried to overtake the McLaren at the beginning of their final laps, but Alonso clung on around the outside and the pair held each other up as they tried to go through the first chicane together.

But even without that incident Lance Stroll would have claimed a place in Q3, as he ended the session eighth-fastest. Behind him were Carlos Sainz Jnr and Pierre Gasly – the latter clearly delighted by his result.

By the end of the second phase of qualifying the front-running drivers were just a tenth of a second off beating Formula 1’s all-time record for quickest ever lap. The record was comprehensively beaten in a nailbiting final phase of qualifying which saw pole position swing between the home favourites and their championship rivals.

Hamilton drew first blood. Running behind the two Ferraris, all three cars beat the record in quick succession, Hamilton lowering the mark to 1’19.390. But the last runs proved decisive.

The final time around Hamilton left the pits first with the Ferrari pair behind him and Raikkonen the last of the three. All three lowered their times again, Hamilton finding almost a tenth of a second.

But at their home venue, Ferrari had a little more in hand. Vettel edged provisional pole position by a hundredth of a second. But Raikkonen, running just a few metres behind his team mate and potentially benefitting from his slipstream, blitzed the track with a 1’19.119, taking pole position by over a tenth of a second.

Valtteri Bottas never figures in the fight for pole and took fourth. Max Verstappen put the sole remaining Red Bull in fifth, and will share the third row of the grid with Romain Grosjean.