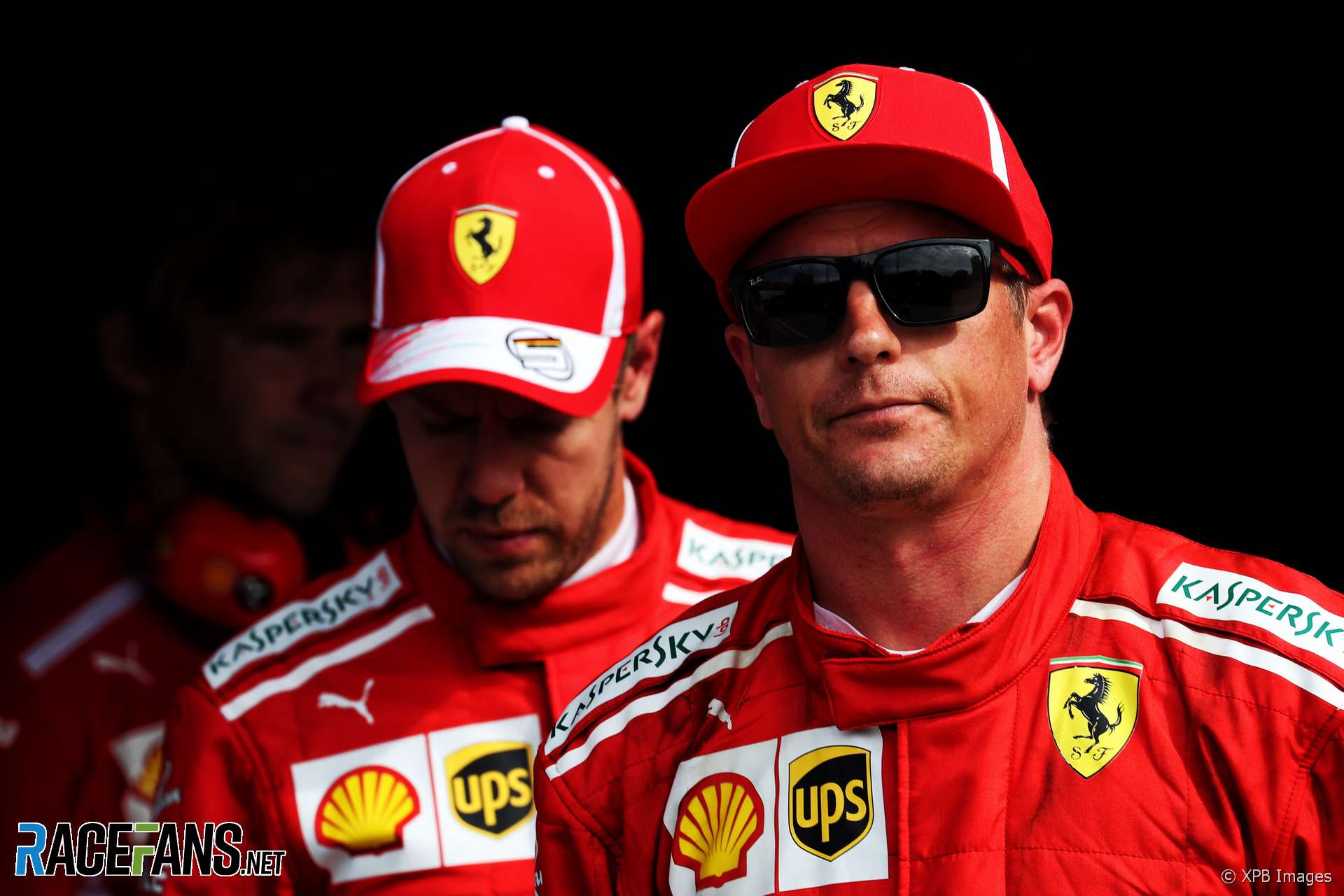 Kimi Raikkonen was characteristically unmoved by the enthusiastic response to his pole position at Monza, his first for the team at their home track.

Asked about the reception he received on his in-lap after taking pole position, Raikkonen said “I don’t hear them.”

“Obviously we know that we have a lot of fans, a lot of tifosi here, so I think being one and two is great. But it’s only half [a] job done, so tomorrow is another important part, so hopefully we can give them another great result.”

Lewis Hamilton held provisional pole position after the first runs in Q3 but Raikkonen came from behind to beat the world championship leader and Sebastian Vettel to the top spot.

“After the practice, we knew that there was three cars, one of them was going to get it and today it was me,” he said. “Happy about it but it doesn’t really change anything. Tomorrow is always the main job to done.”

However Raikkonen admitted that pole position at Monza is special for Ferrari. “For our team it’s probably the best place to take the pole position. Obviously we’ve been close a few times but it never really went right in the end.

“It’s been a bit tricky, the second chicane, the whole day. The last run was pretty decent, let’s put it this way, enough for pole position.”

Raikkonen benefitted from running behind Vettel and other cars on his final run. “Obviously there were a lot of games – who is going first, getting tows and this and that. But in the end, there was a train of cars and that’s enough.

“The car’s been working well. Obviously conditions have been a little tricky but nevertheless I don’t think we’ve changed the car at all since the first runs really. It all seems to be running pretty smoothly so far, so hopefully tomorrow it’s a similar situation.”