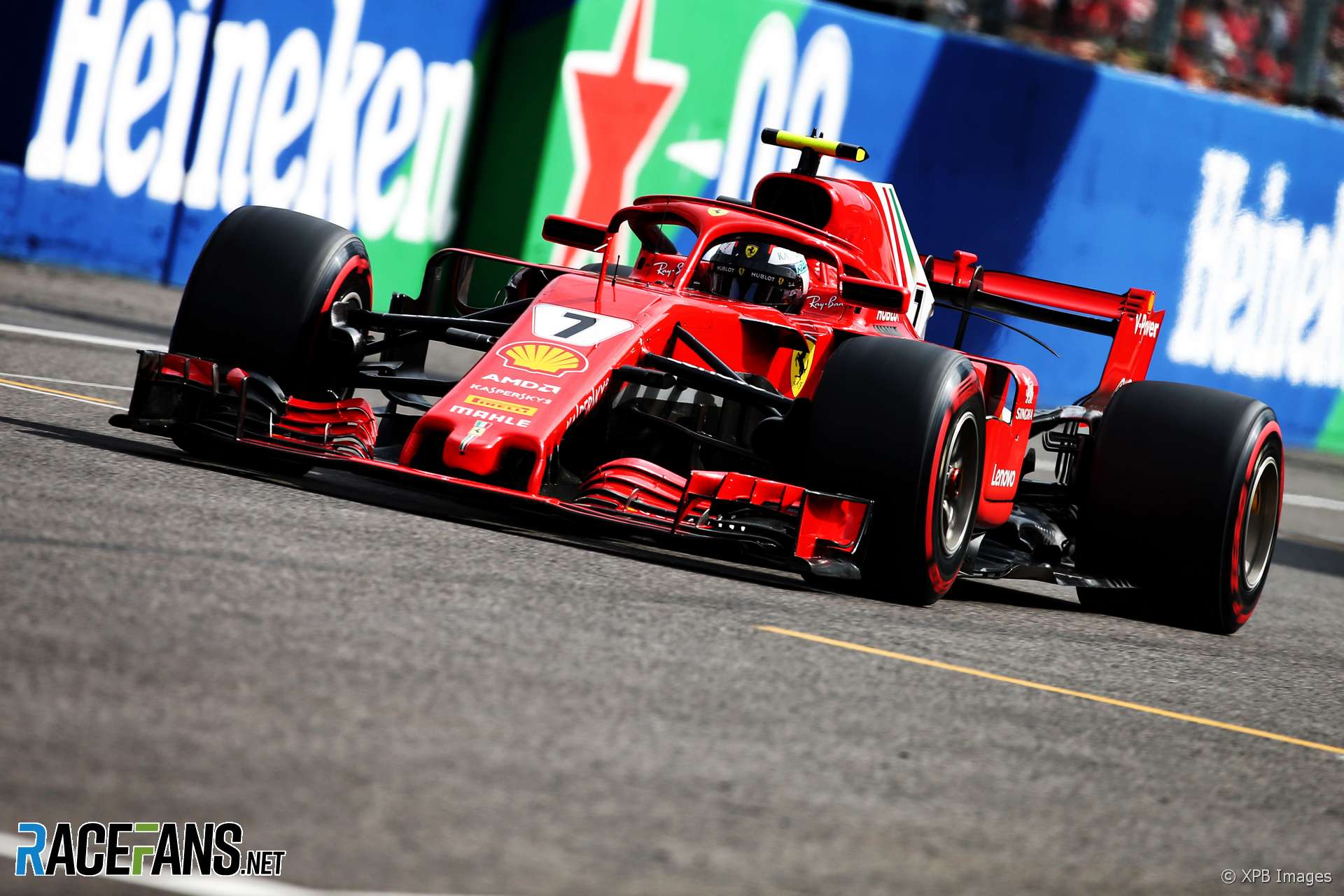 On September 11th, 2004, Juan Pablo Montoya scorched around the Autodromo Nazionale Monza in his Williams FW26 with its V10 BMW engine in one minute, 19.525 seconds.

His incredible average speed of 262.242kph stood as the fastest ever lap by a Formula 1 car in an official session for almost exactly 14 years. But today it finally fell, to Ferrari’s Kimi Raikkonen.

Monza has been F1’s quickest track for decades and the circuit’s configuration hasn’t changed since 2001. Today’s cars are three seconds faster than they were then and almost five seconds quicker than when the current V6 hybrid turbo engine regulations were introduced:

The record could have been broken at Monza last year, but rain during qualifying meant we never got to see just how quick the 2017 cars really were at the track. As a result, the 2018 machines have gained more here than at every other track bar the resurfaced Circuit de Catalunya:

Raikkonen was presented with his pole position award by Mick Schumacher, the son of seven-times F1 champion Michael Schumacher.

This is the eighth race weekend this year where Ferrari have set the outright fastest lap (assuming no one improves their qualifying lap time in the race, which would be highly unusual). That’s twice as many times as Mercedes, who have been quickest in four races. Red Bull set the fastest lap of the weekend once, in Monaco.

What’s the key to Ferrari’s success? Rival teams such as Mercedes have pointed to their power unit. On Friday the team’s technical director Mattia Binotto insisted no one element is responsible for the gains they have made.

“We are thinking about the car as a fully package,” he said, “and not try to split down in terms of different components or units because we are a team and what is running is not a power unit or a wing but a full car.”

But note which three teams made the most progress at F1’s most power-sensitive track and what do they all have in common? Ferrari power units…