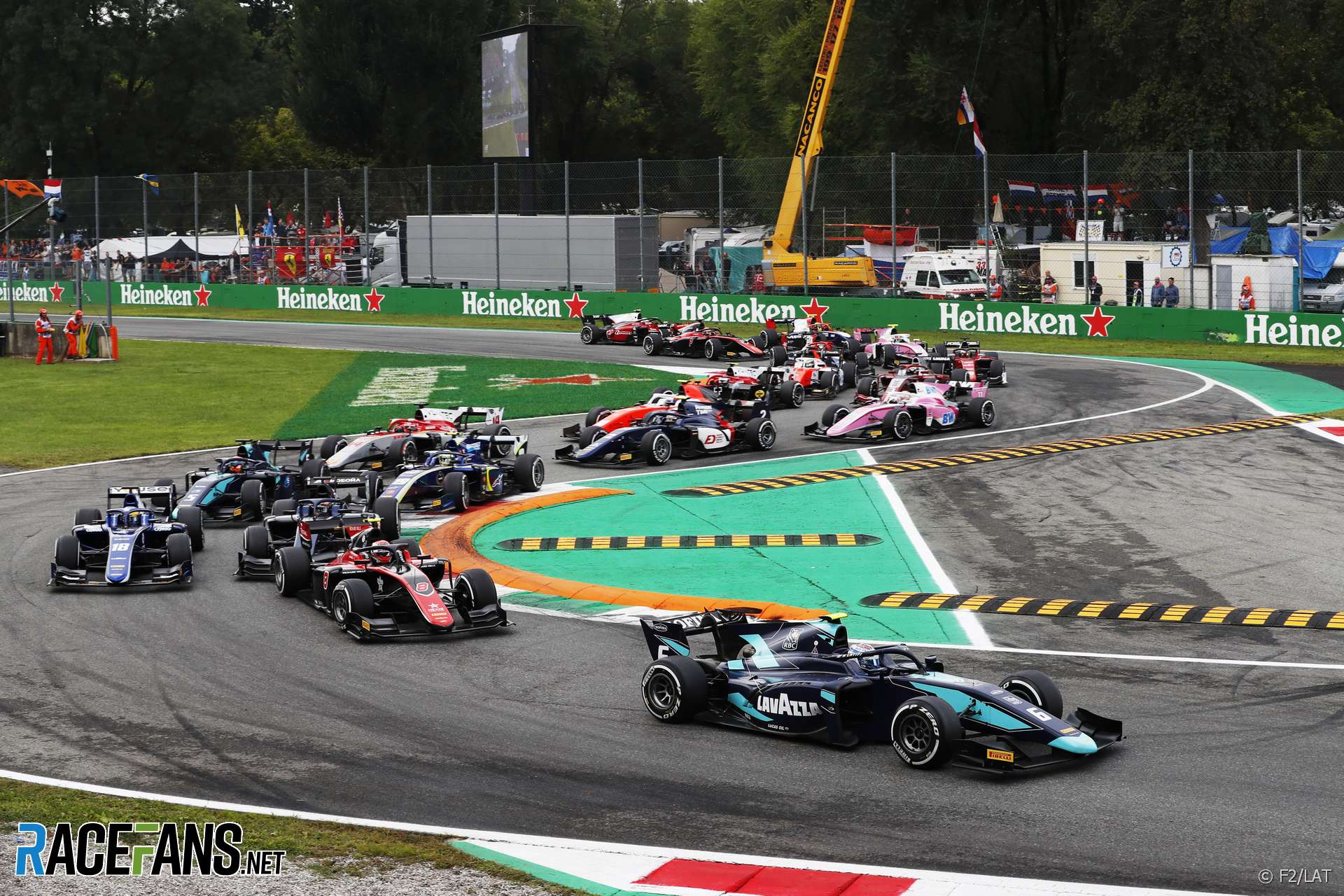 George Russell claimed a redemptive sprint race win after his difficult feature race yesterday in in a chaotic race on a greasy Monza track.

Reverse grid pole had gone to Ralph Boschung, with Sergio Sette Camara once again joining him on the front row. In a repeat of yesterday’s race, however, the start saw them immediately joined by third placed Nicolas Latifi and seventh-placed Artem Markelov, who charged up the outside of the straight to turn one to force cars into five-wide chaos.

Latifi intially took the lead but Markelov managed to pass him on lap two, with Lando Norris slipping backwards and Boschung well back, a collision with Makino forcing both the pole man and yesterday’s shock winner into the pits.

Russell, who started the race in fifth, managed to avoid the first-lap chaos and wait to steadily move up the order, passing first Albon then Latifi and Sette Camara to challenge Markelov despite running wide over kerbs at curva grande.

Boschung, desperate to regain places, came together with Sean Gelael on lap five – taking both of them out of the race in an incident that is under investigation by the stewards. Gelael at the time said that Boschung moved under braking and called it “dangerous” and “illegal” – both drivers were unhurt despite a fairly major slide for the Prema.

The following lap, Russell managed to catch Markelov as he ran wide on the first chicane and took a commanding lead of a very close race. Less than two seconds separated the first five cars for the rest of the sprint distance but the ART driver managed to keep Markelov behind for the sprint win, after frustratedly apologising to his team for losing out to the Russian yesterday.

Sette Camara completed the podium, with Nicolas Latifi and Lando Norris behind. Luca Ghiotto and Dorian Boccolacci were seventh and eighth, the first F2 points for Boccolacci.

Russell now has 219 points in the championship, Norris in second is on 197, Albon suffered a technical issue during the sprint race and so couldn’t add to his 176 points while Markelov has reclaimed fourth from Nyck de Vries, with 160 to the Dutch driver’s 155.

F2 will next be back in Sochi, with a maximum 84 points possible over the final two rounds of the championship.