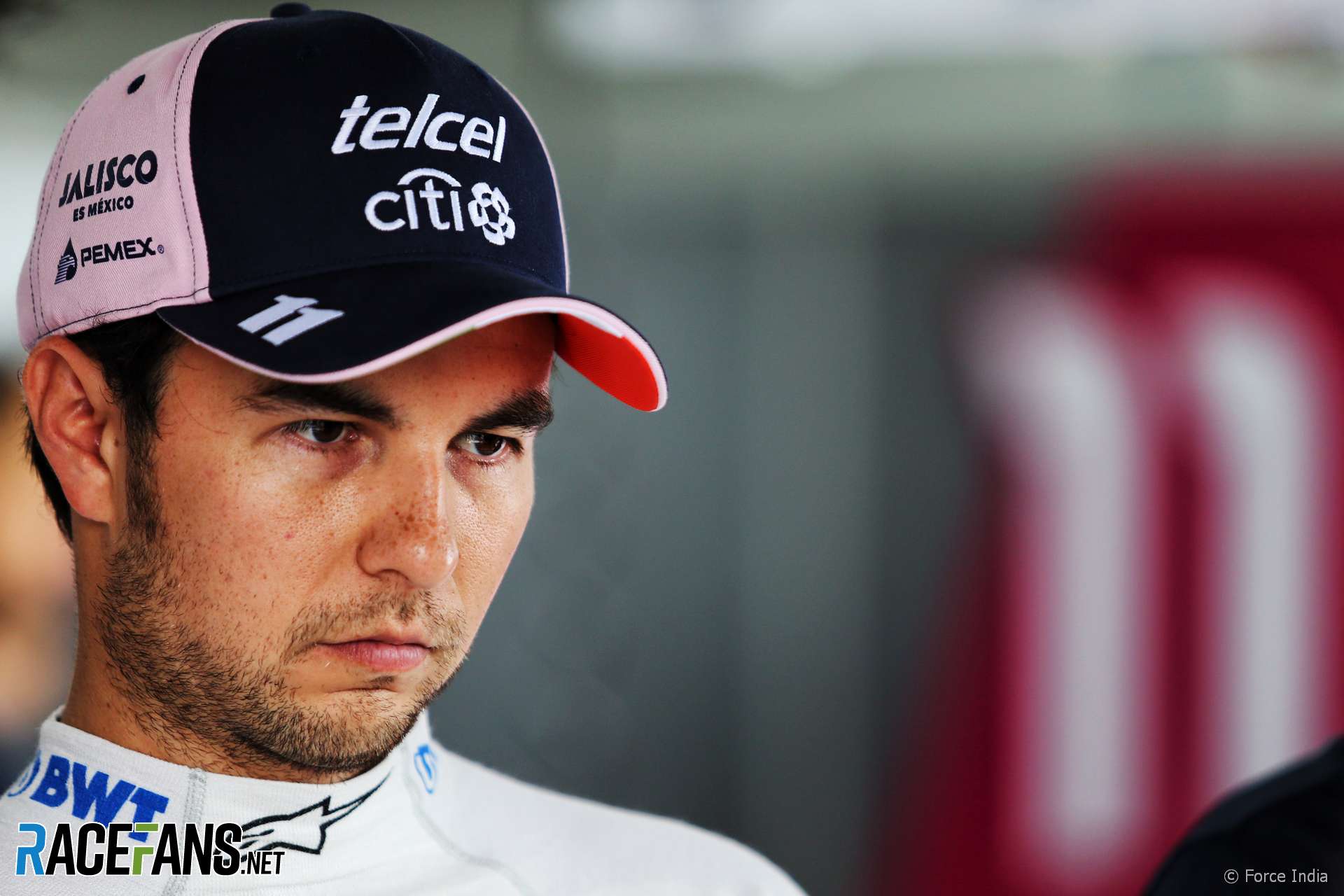 In the round-up: McLaren Racing CEO Zak Brown says the team is considering up to four different drivers for its second seat alongside Carlos Sainz Jnr in the 2019 F1 season.

Brown was asked whether Sergio Perez could return to the team he drove for five years ago.

We think Sergio’s a good race car driver. He’s raced here before. I think the driver market is fluid and you need to keep your options open. We really have a shortlist of about four drivers and we think Sergio’s an excellent driver and deserves to be on that list.

Ultimately sometimes you’re in a position where you can make the decision and other times some decisions are made for you. Maybe someone’s going to announce that’s on our list tomorrow morning. So you just need to be prepared, keep your options open for anyone. We would consider Perez as someone we’d consider to drive for us.

Apologies to the team, I lost that race on the brakes after a massive lack of confidence in the early stages…

You should see the roars of joy and the reactions in the support paddock when Ferrari scored that front row. Amazing.

Zak Brown and Guenther Steiner having an argument in the pit lane after that one! Looks like Alonso was too close behind Magnussen starting his lap, so caught a big tow, tried to overtake at Turn 1 and they both lost out #F1 #ItalianGP

After Years of Dismal Results, a Reorganisation at McLaren (The New York Times)

"You had too many chefs in the kitchen. It wasn’t a competency issue, but there can only be one head chef."

"Thanks to the penalty, Luca Ghiotto has been elevated into the points while Ralph Boschung will now begin tomorrow’s Sprint Race from pole position."

Has your opinion of Halo been changed by Charles Leclerc’s crash at Spa?

I did not like Halo when I first saw it, in fact, I hated it! However, after Leclerc’s crash I have been somewhat forced to change my opinion. It matters little if Halo altered any outcome from that crash, but it certainly matters that it erased the possibility of the wheel hitting Leclerc’s head. As Alonso stated that “it’s better we not find out”, I could not agree more.

When one remembers Henry Surtees’s death nine years ago, its hard to argue that had Halo been on his car, the lad would have left Brands Hatch that day alive. With Justin Wilson Halo may well have altered that outcome also, Dan Wheldon too, possibly.

In the wake of Robert Wicken’s crash, F1 is certainly going the right way compared to IndyCar in terms of head protection. Halo is not fool proof, but like HANS was twenty years ago, it will save lives which is what WE all want!
The Limit

19 comments on “Four drivers on McLaren’s shortlist for 2019”