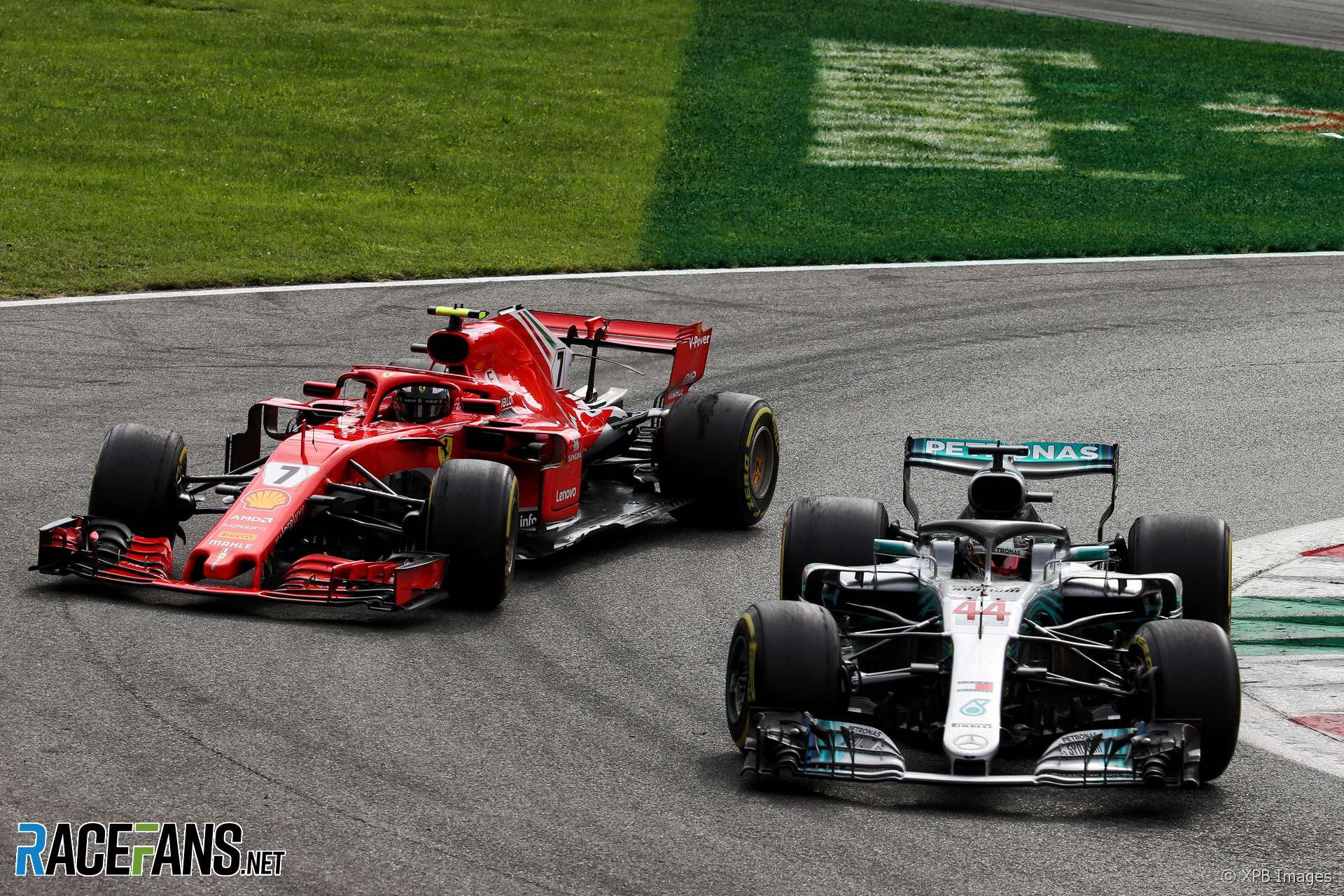 Kimi Raikkonen says it was “impossible” for him to keep Lewis Hamilton from taking the lead of the Italian Grand Prix with his blistered rear tyres.

The Ferrari driver led the majority of the race from pole position but began to suffer from visually blistered rear tyres after stopping much earlier than Hamilton.

Raikkonen tried to keep the Mercedes behind but was ultimately overtaken into the first chicane with just under ten laps remaining and forced to settle for second.

“I think we were quick enough,” said Raikkonen after the race.

“Unfortunately our rear tyres went and it was no match. It was a losing battle from that point. I tried but it was impossible in the end unfortunately. It’s far from ideal, but this is what we’ve got today and we did our maximum.”

After leading from the start, Raikkonen lost the lead briefly at the restart on lap four but was able to immediately re-pass Hamilton into the Roggia Chicane. After a front row lock out for Ferrari was not converted into victory, Raikkonen says Ferrari will keep fighting over the remaining rounds.

“For sure we tried, but with the rear tyres it was game over before the race ended,” he says. “At least we took second place and we’ll keep fighting.”