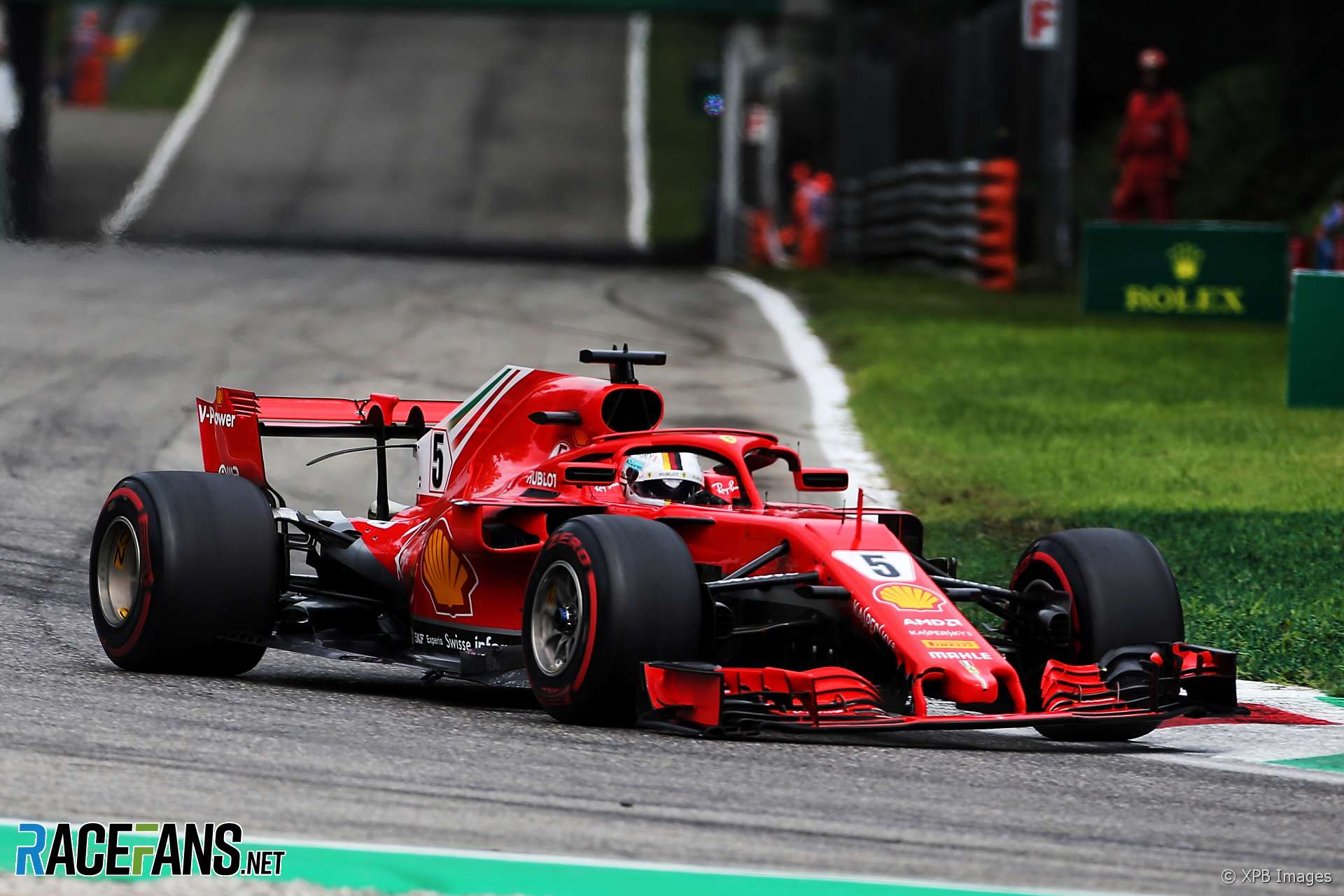 Sebastian Vettel accused championship rival Lewis Hamilton of failing to leave him room when the pair clashed at the start of the Italian Grand Prix.

Vettel spun to the tail of the field after the pair made contact at the Variante della Roggia on the first lap.

“I tried to pass Kimi then he opened the brakes and I didn’t really have a gap and I didn’t want to try something silly,” he explained. “So I got out of it.

“I think Lewis obviously saw a little bit around the outside. But then he didn’t leave me any space and I had no other chance than run into him and make contact.

“I tried to obviously get out from there but I couldn’t. Unfortunately I was the one that spun around which is a bit ironic but was that way.

“Then you are looking the wrong way and things are not looking too peachy. But from there I think we drove well and tried to recover. We got a lot of points so it could be a lot worse today.”

The stewards took no action over the incident, ruling “neither driver was wholly or predominantly at fault.”

Vettel has fallen 30 points behind Hamilton in the championship fight but said he’s “not too worried” about the championship situation. “I think if he have this pace, the points sound a lot, but actually it doesn’t take a long time to get that down.”

“Obviously it doesn’t help when you lose points,” he added. “But it’s not the end of the world. I think we all still wake up tomorrow morning.

“For sure [I’m] down at the moment, mostly for the people. But I think their support has been incredible. Unfortunately we didn’t deliver, but then what can you do. If you get spun around there’s not much you can do from there.

“Obviously it could have been a good race but it wasn’t. It was still very entertaining, probably more entertaining that way. But not as satisfying.