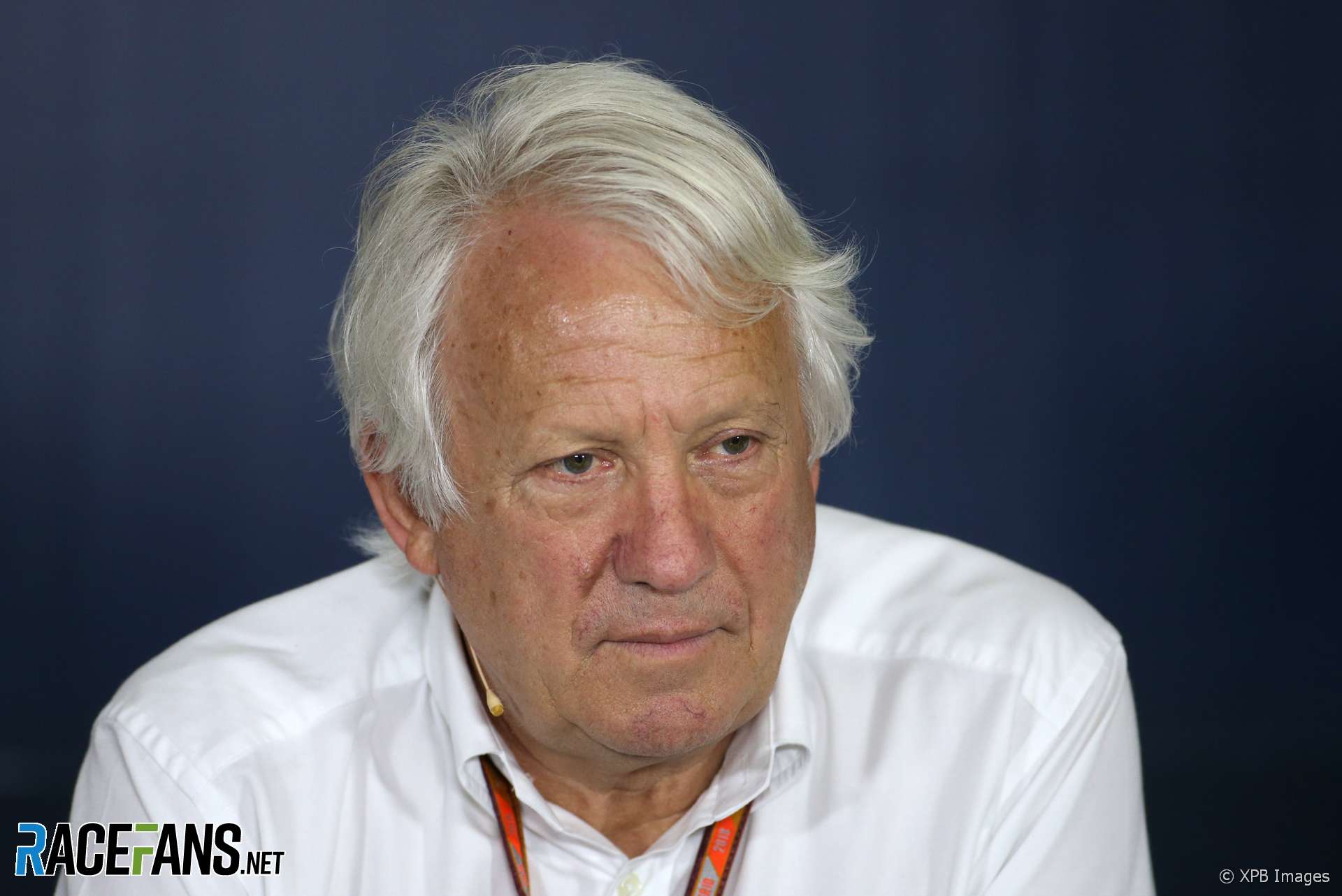 In the round-up: Race Director Charlie Whiting says the ‘phantom’ pitstops of the kind that Mercedes were seen preparing for during the Italian Grand Prix are “part of the game” in Formula One.

My feeling is, and remains, that it’s all part of the game. We don’t like teams hanging around in the pitlane if they’re not actually doing a pitstop, if they come out as if they’re going to do one. If they did it every lap, I think we’d have something to say. But they may well have been thinking about stopping and then changed their minds. Unless someone does something overtly incorrect, I don’t think we will do anything about it.

Wow… I’ll never forget this. We did this together. To the fans, you stood tall, loud and bright in amongst all of the negativity that surrounded us today. We rise together. To my team, I am forever grateful of your vision and passion. We never give up #StillWeRise @MercedesAMGF1 pic.twitter.com/SZ19bCC6Kh

Poor old Kimi. Would have been a dream last race for @ScuderiaFerrari at Monza. #F1

UPDATE: We confirm that we have submitted a request to the Stewards of the Event for clarification on the legality of the Haas F1 Team VF-18. We have no further comment on this matter until the Stewards have arrived at a decision.#ItalianGP

Sirotkin finally gets his first point. Sad face for Grosjean and Haas. But blimmin delighted for the Russian. He’s been an absolute workhorse and so deserves it. pic.twitter.com/n4KyBdBut5

Tough Sunday. Broken floor after the incident with Fernando at the restart of SC, and our race pretty much over. Disappointed for the team for their home race. Lets turn the page, Singapore next. 🙂 pic.twitter.com/qmBVX2F2Jd

The car was working really well and even though we lacked top speed our race pace was good, I’m happy with that! It is a shame that despite finishing 3rd we ended up being 5th, but we still scored some good points #KeepPushing #ItalianGP 🇮🇹 pic.twitter.com/5heTrttEvu

"A preliminary analysis of the issue by Renault confirmed that Ricciardo's retirement was not engine related, but linked to a clutch failure."

"That is why he is considered to be one of the best of all time. He showed it again today in an inferior car. He nailed the start, got Sebastian, which made him have a huge mistake, and then got Kimi as well. It doesn't get better than that."

"Here there was a lot of negativity, as there is when you’re against an opposing team. In future, the negativity is really a positive thing for me because I harness it and turn it from negative to positiv"

After many enjoyed the Italian Grand Prix, @kaiie succinctly describes the simple reason why it was such a good watch.

One of the most exciting races in recent years. And why? Because a slightly faster car was behind a slower one, being unable to find a way past, while all the time there was still a realistic chance of an overtake.

48 comments on “Phantom pitstops “part of the game” – Whiting”