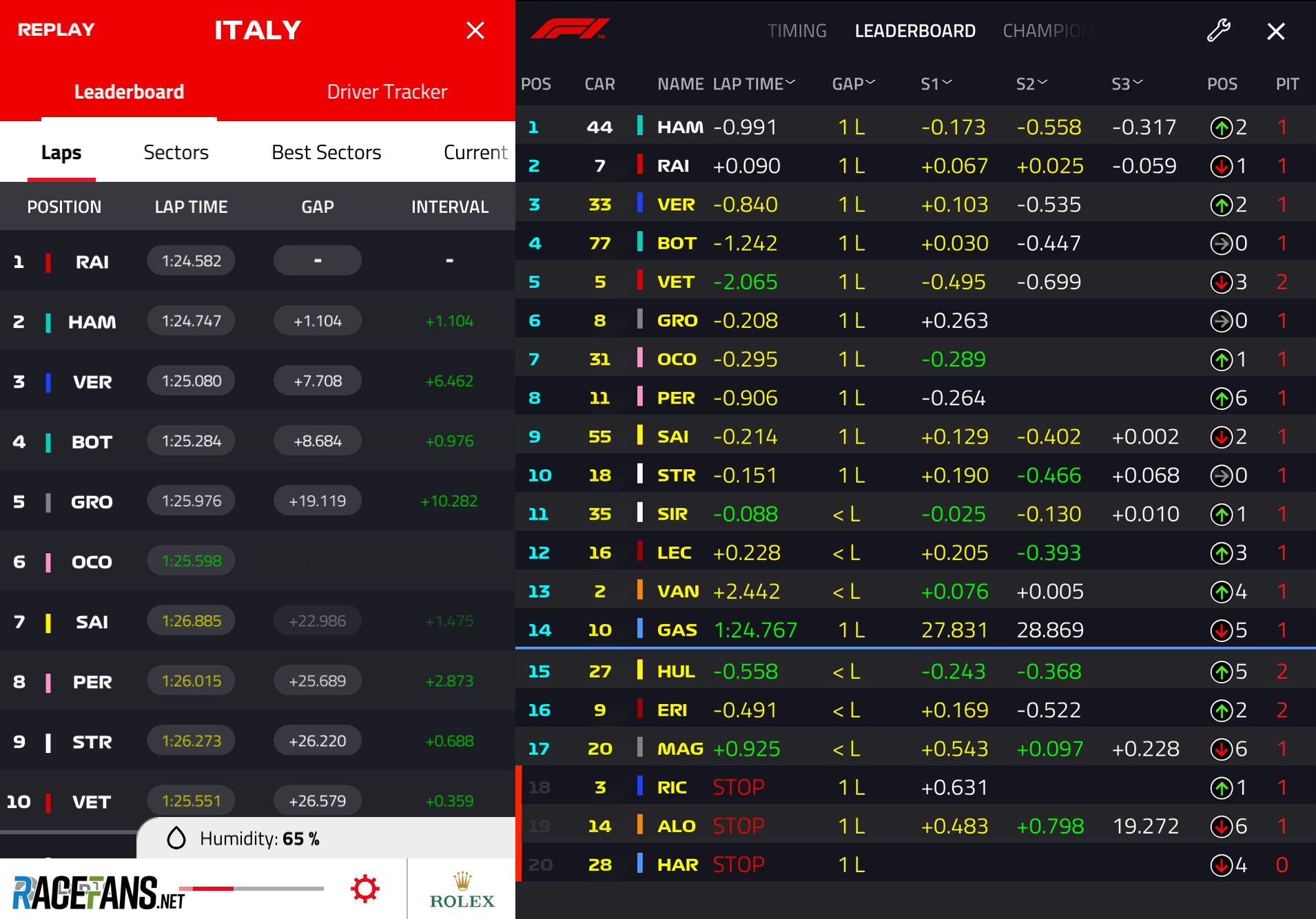 Formula 1 Management’s new version of the official F1 App has provoked complaints from fans over changes to the live timing screens.

A new “major release” of the app, version 11, was made available on Wednesday. According to FOM it features a “redesigned live timing experience with smarter telemetry data and easier-to-use driver tracker”.

However some fans who have downloaded it have complained they are no longer able to see all 20 drivers at once on the live timing page.

A series of one-star reviews of the app on Google Play included complaints the app has been “dumbed down”. The official F1 help channel on Twitter has fielded complaints from angry users demanding refunds.

“We’ve done some changes to the App Live timing section,” it confirmed in one Tweet. “It was changed to showing only seven drivers at a time.”

The new version of the app appears to show up to 10 drivers at once depending on the device being used:

The previous version of the app allowed all 20 drivers to be viewed at once: