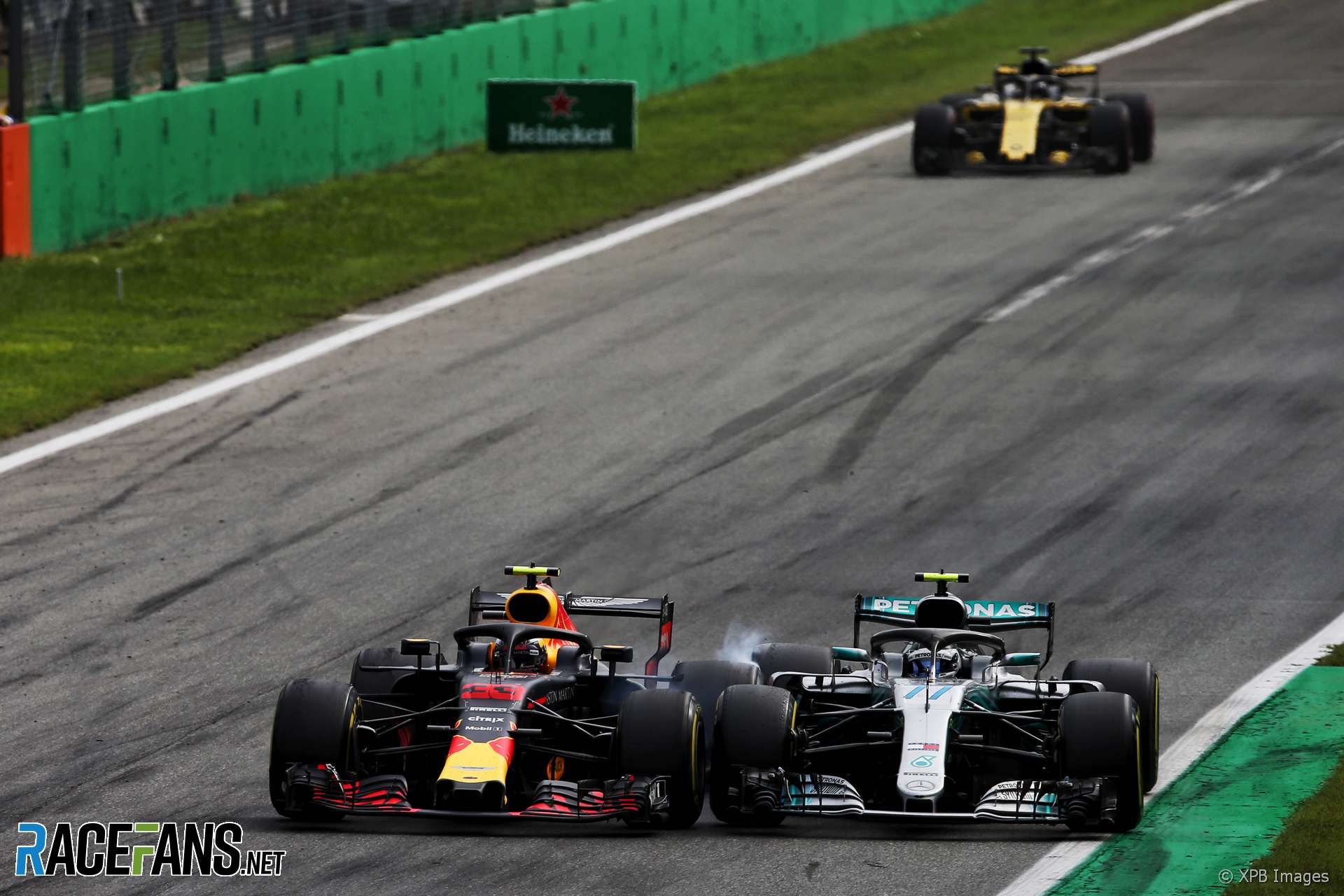 Max Verstappen has continued to defend his driving in the Italian Grand Prix following his penalty for clashing with Valtteri Bottas.

The Red Bull driver was given a five-second time penalty after tangling with the Mercedes driver at the Rettifilio chicane. Verstappen acknowledged the rules required him to leave a car’s width for Bottas, and insisted he did, though only by “millimetres”.

“Looking back at it initially I felt I could have given him a few more millimetres,” Verstappen explained. “Not centimetres but millimetres.

“But still he was on the white line. To avoid an accident there was still room to the left but he clipped wheel.”

A similar incident between Williams drivers in Lance Stroll and Felipe Massa last year did not lead to a penalty, Verstappen claimed.

“I was analysing other videos from the year before, because when you go back 10, 15 years it’s a bit irrelevant with rules and stuff. The same happened between Stroll and Massa where Massa was very clever and didn’t clip his wheel but stayed on the white line – took a little bit of the green but his tyre was still on the white line.”

Verstappen also pointed out other drivers made contact with each other at Monza but were not penalised.

“Of course I always try to make it a difficult as possible for them to get by and I will fight for every millimetre on the track, which I did.

“So at the end I think it’s still very harsh also looking back at what happened in Monza, other drivers pushing each other off the track, damaging each others’ cars, running into each other, and we didn’t have any damage. He clipped my wheel and had to go wide and there was no damage.

“I have to defend this hard because I’m always down on power on the straight. If we had the top speed you would never be in this position. With the clipping we have, that’s more than the others, they suddenly arrive very quickly to you so you have to be quite aggressive in your defending.

“I could also easily just let him go by and still have a great race and everyone would say ‘oh Max did an amazing race’ but I’m not there to finish fourth. If I have a chance of finishing third I will give 101% to try and stay third.

“With the penalty if I’d let him go by straight away I might have finished fourth but then for me it’s already over with the penalty I don’t care any more if I’m fourth or fifth.”

58 comments on “Verstappen: Other drivers got away with worse at Monza”