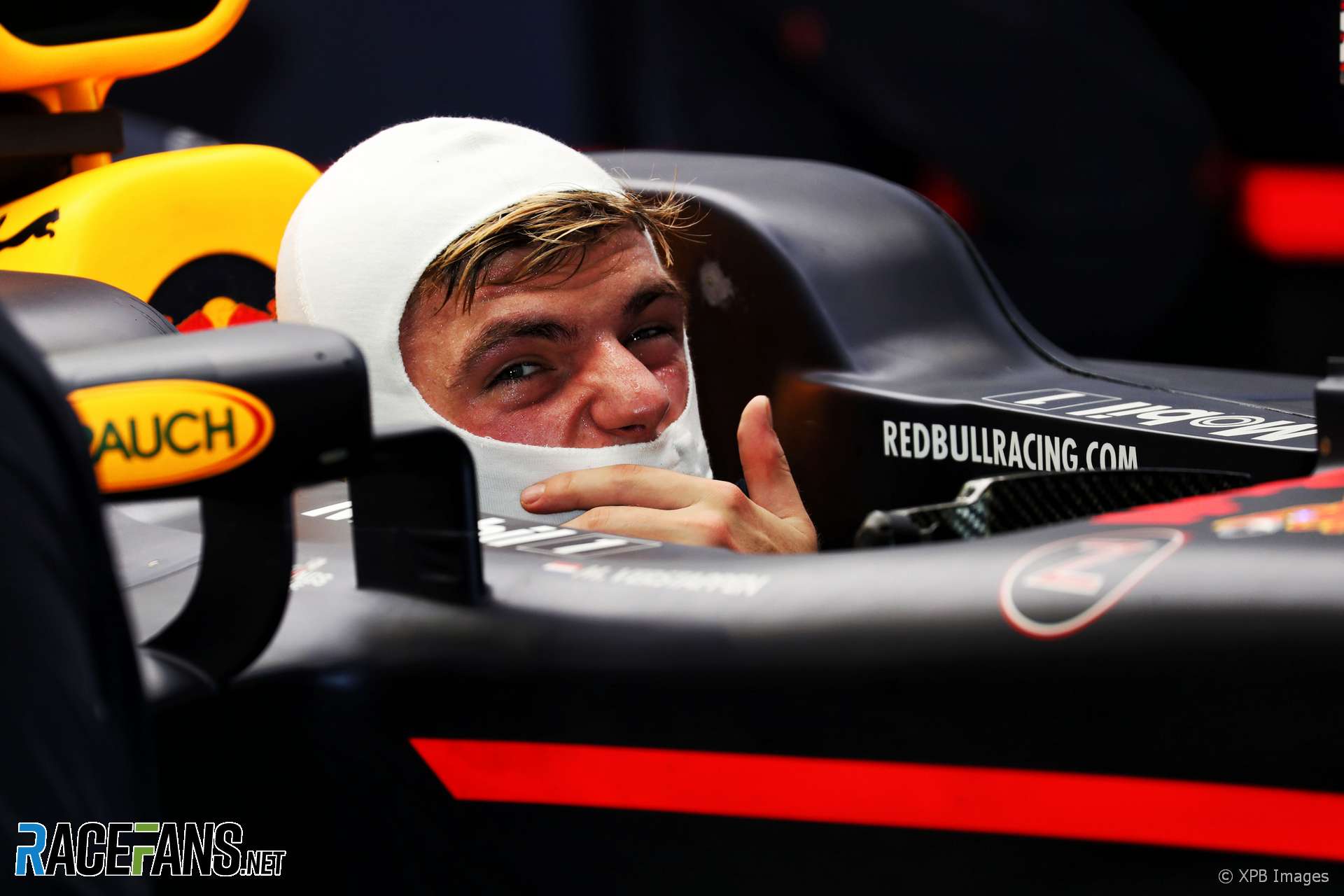 Hamilton made the remarks at yesterday’s press conference in Singapore when asked how competitive Red Bull are likely to be this weekend.

“[The team] will let us know in the meeting we have coming up, whether or not Red Bull will play a role in this weekend’s race,” said Hamilton. “But they’ve been there or thereabouts in quite a lot of the races, so you have to assume this is usually a good race for them.

“I think they’ve stopped developing their car quite a long time ago to focus on next year’s car, from what I’ve heard. So they’re just driving with what they have.”

Verstappen denied Hamilton’s claim when it was put to him. “I’m not sure how he knows that,” he said. “It’s not true.”

However Verstappen believes the progress Mercedes and Ferrari have made with their engines this year means Red Bull won’t be as competitive in Singapore as they were last year.

“Looking at it realistically I think we are down on power more than last year and last year we were already three tenths down in qualifying compared to Seb[astian Vettel]. So it will be hard but never say never.

“I think our car is really good. I just hope we can extract a little bit more out of the engine of good. For sure we’ll push very hard to get the best result.”