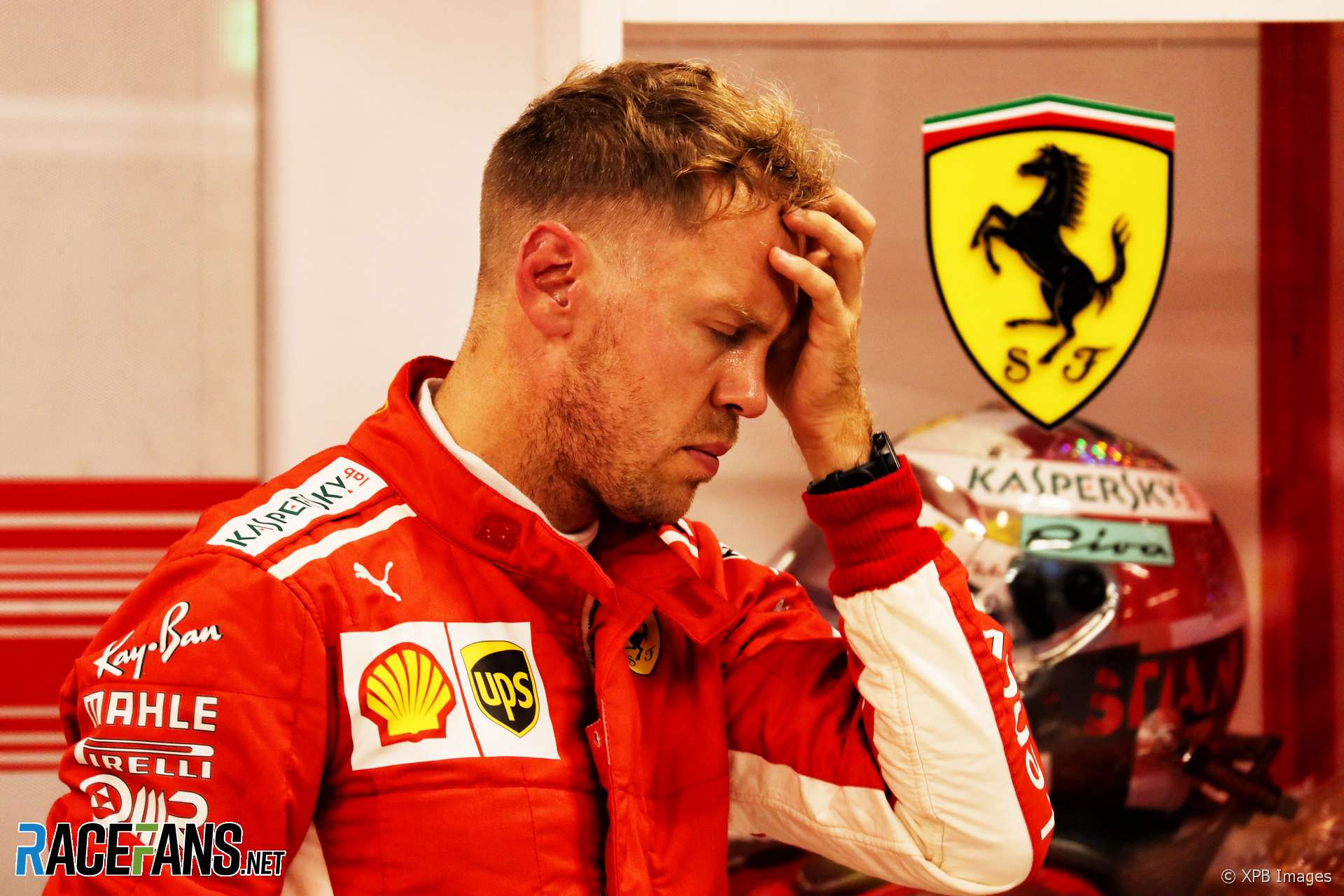 Ferrari refused to allow Sebastian Vettel to gamble on a second run on ultra-soft tyres in Q2 despite their driver repeatedly telling them he could set a quick enough time to reach Q3.

Vettel wanted to set his Q2 time on the ultra-soft tyres as it would potentially put him at a strategic advantage for the race. However his first lap on them, a 1’38.854, was slower than Ferrari’s estimate of the lap time he needed to reach Q3.

He told the team he could improve his lap time by at least half a second. Ferrari, who believed they needed a lap of 1’38.1 to get into Q3, told Vettel he needed to find more time than that. Vettel replied that he could hit the target, but was refused on the grounds it was “too risky”.

Vettel duly returned to the track on the faster hyper-soft tyres and claimed a place in Q3. It eventually transpired a lap of 1’38.4 would have been good enough for him to reach Q3.

His team mate Kimi Raikkonen was convinced it was not possible to get into Q3 on the ultra-soft tyres. “It’s just not fast enough,” he said. “It’s way too slow.”

Vettel eventually qualified third on the grid but admitted his car was quick enough for pole position.

“It was not an ideal session for us,” he said afterwards. “You can figure out what I mean. I think we should have done better. We had the ingredients and we didn’t put it together.

“Third is not a disaster so I’m not completely upset but for sure we wanted to get pole. I think it was definitely there to grasp.”

52 comments on ““I tell you I have more than half a second”: How Ferrari blocked Vettel’s Q2 tyre gamble”