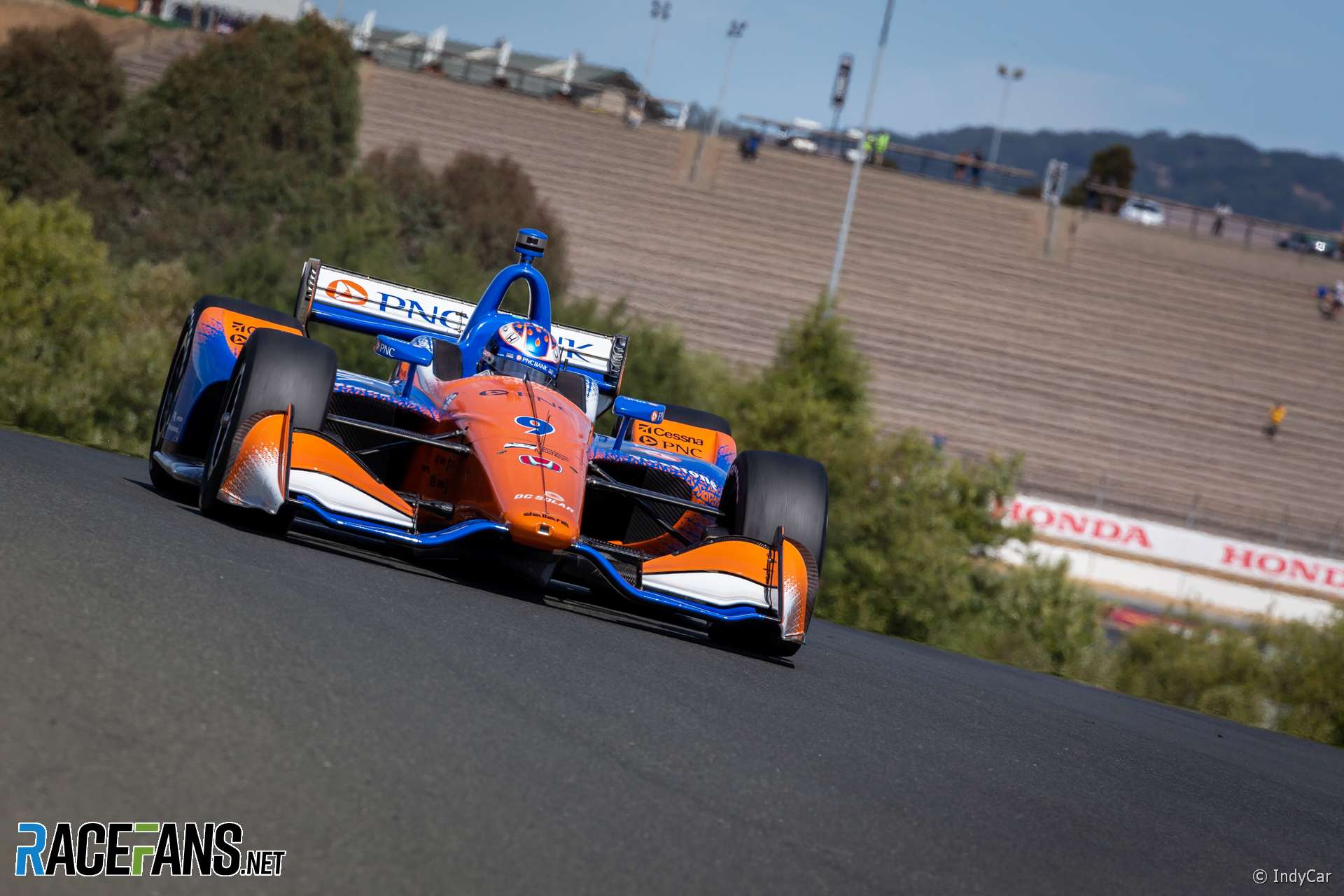 Scott Dixon has won the IndyCar championship for the fifth time after closest rival Alexander Rossi’s title bid went wary on the first lap at Sonoma.

Rossi damaged his front wing and punctured his front right tyre when he made contact with team mate Marco Andretti as the race began. He limped back to the pits for repairs, cutting out a significant portion of the track on his way, as drivers had been advised in the pre-race briefing this was allowed providing they surrender any positions gained. Nonetheless he still dropped well out of contention.

Ryan Hunter-Reay took up the lead of the race and gave Rossi a hand by letting his team mate rejoin the lead lap at one stage. That proved vital as a caution period a few laps later allowed Rossi to get back into contention.

With a splash of fuel and a fresh set of alternative tyres, Rossi attacked the field with vigour, elbowing Josef Newgarden among others aside as he set off in pursuit of Dixon, eventually making his way into the top 10. He then made his final pit stop at the first available opportunity. But Ganassi was wise to the move and swiftly pitted Dixon in response, ensuring there was no chance of losing a position to Rossi.

Dixon eventually recovered his second place behind Hunter-Reay, where he finished, sealing the championship. Penske pair Will Power and Simon Pagenaud took third and fourth – team mate Josef Newgarden lost ground early on when his engine died during a pit stop. He came in eighth.

Rossi fell to seventh at the flag after running low on fuel in the final laps, which allowed Marco Andretti and Sebastien Bourdais to pass him.