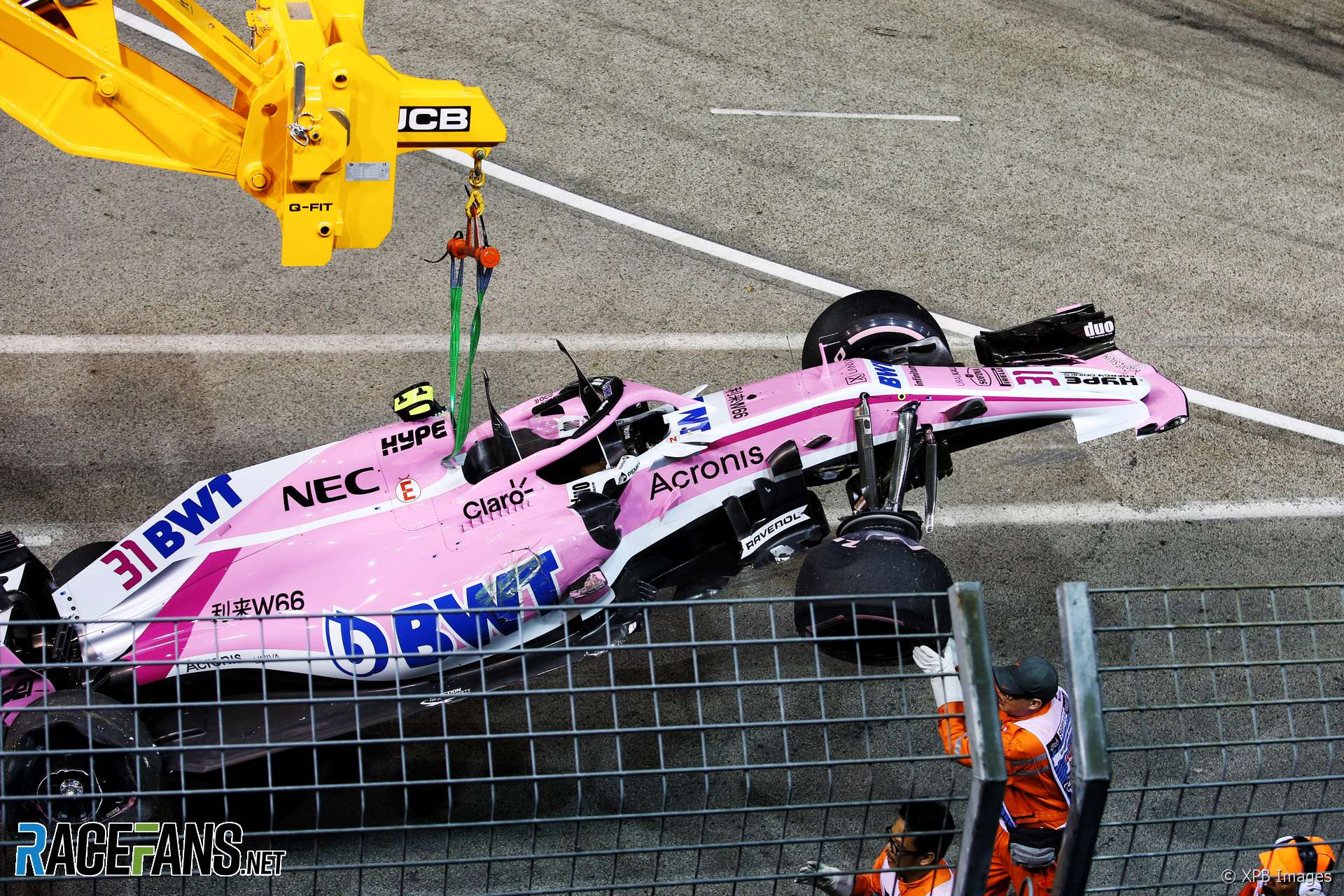 Force India has reimposed team orders on its drivers Esteban Ocon and Sergio Perez following their first-lap clash at the Singapore Grand Prix.

The pair made contact at the exit of turn three on the first lap which put Ocon’s car into the wall and out of the race.

“It’s unacceptable for team mates to hit each other and it has cost us dearly,” he said. “They didn’t leave each other enough room and the contact put Esteban into the wall.”

Ocon and Perez tangled on several occasions last year which led the team to forbid them from racing each other after the 2017 Belgian Grand Prix. The restriction was lifted this year, but Szafnauer confirmed it is being put back in place ahead of next week’s race in Russia.

“We will reinstate the rules of engagement we operated last year after similar incidents, which means they cannot race each other,” he confirmed.

Force India has fallen to seventh in the championship after losing all the points it scored before the summer break after it went into administration and had to return as a new entry. The team scored strongly in Belgium and Italy and looked on course for another points haul in Singapore after both drivers qualified in the top 10.

“This disastrous race is all the more frustrating when you consider the speed we showed in qualifying and the opportunity that has passed us by,” said Szafnauer.

“These painful lows are part of racing and it’s fair to say that there are very few positives to take from tonight apart from the car pace. We will have some discussions behind closed doors and will learn from what happened so that we can become stronger as a team.”