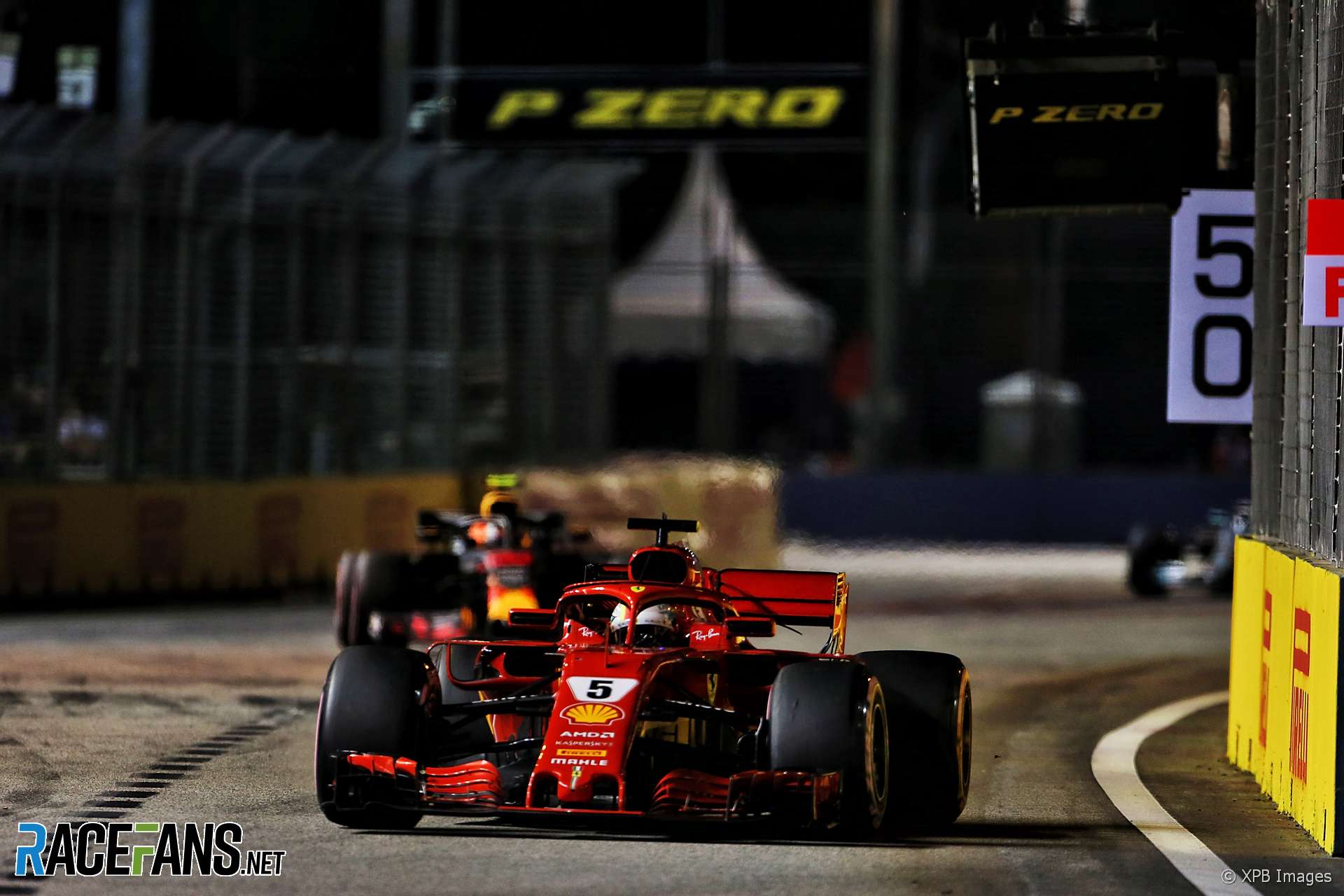 Sebastian Vettel says Ferrari will aim to win the remaining six races of the season after falling further behind to Lewis Hamilton in the drivers’ championship fight.

With the gap to his championship rival now at a season-high 40 point margin, Vettel says Ferrari must now focus on winning each of the remaining rounds of the season.

“Obviously it’s not great when you come to the end of the championship and you’re losing points rather than making up points, but we still have a lot of races left and some time to go,” says Vettel.

“I think it’s pretty straight forward that if we win every race from now, we’re safe. So that’s what we need to aim for.”

With Ferrari’s strategy call appearing to have ultimately cost Vettel second place, Vettel admits that the gamble did not pay off for the team.

“We had a good first lap and we tried something – being aggressive – and it didn’t work and we ended up finishing third. So finishing where we started. Once we lost that second place, it’s clear that we just need to try and figure out how to make it to the end with those tyres – 45 laps or so. It was a long way.

“Looking back, there’s something we missed. But at the time I guess it felt like the right thing to do. We went for it, we tried, but it didn’t work. If it works, then it’s great. It didn’t work, it’s not great. Simple as that.”

98 comments on “Vettel: We need to win every race from now on”