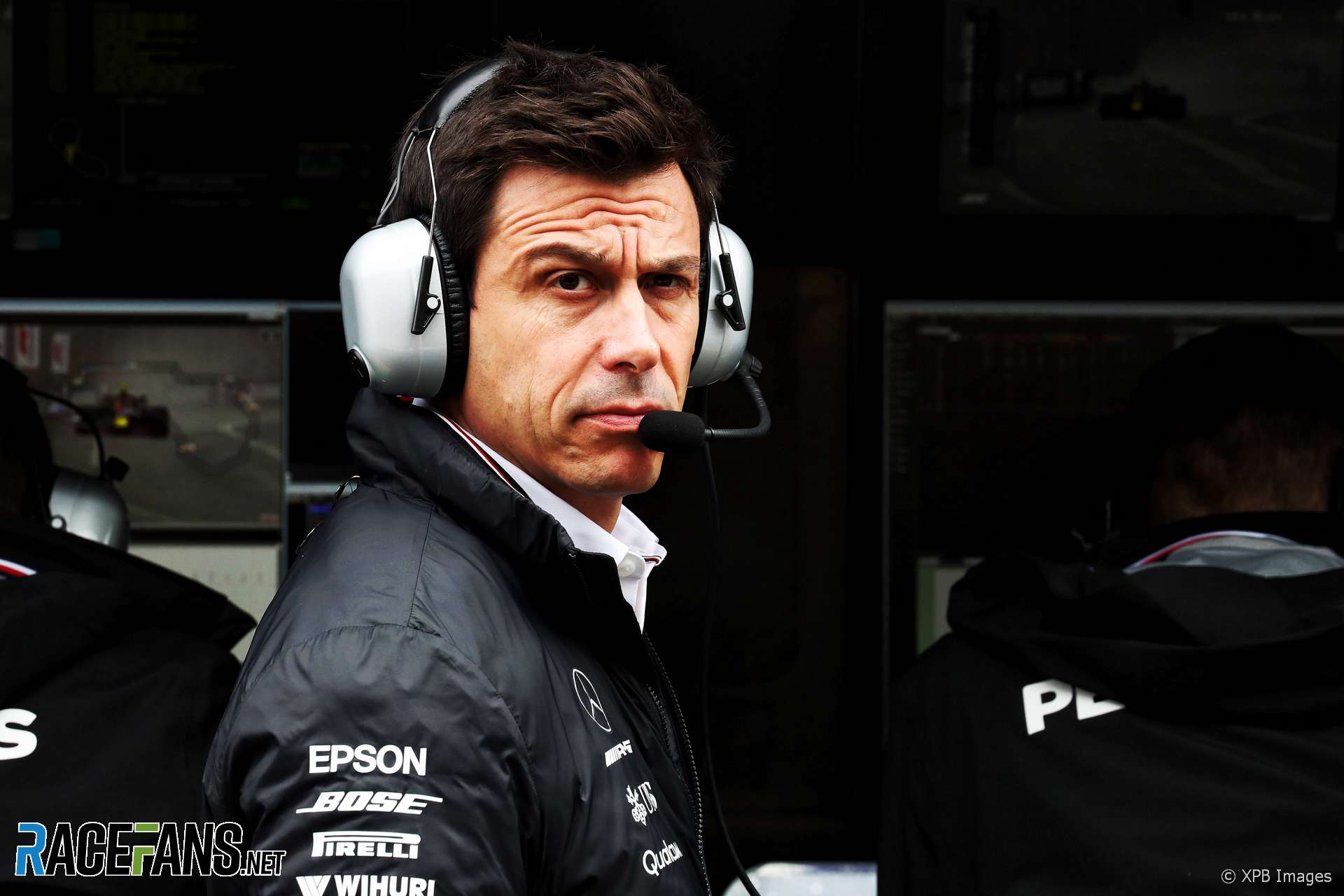 Formula 1 is set to discuss the possibility of allowing three-car teams but Mercedes team principal Toto Wolff is pessimistic his idea will gain support as he’s “not the flavour of the month at the moment”.

Mercedes is seeking drives for its junior team members Esteban Ocon and George Russell for the 2019 F1 season. The team has also recently ended its relationship with another F1 junior, Pascal Wehrlein.

Wolff has pushed for teams to be allowed to run extra cars specifically to give junior drivers like these an opportunity to race in F1.

“I like the idea because I felt the more cars we had in the field, the more opportunity we give to young, exciting drivers to fight in a competitive car against experienced drivers, it would create great stories,” he said. “Maybe be an easier access for talent.”

“[Some] teams [are] saying that would mean three Mercedes and three Ferraris and three Red Bulls and I respect that if I was involved in a smaller team, that would be an argument.

“And then the costs need to be looked at, whether it is commercially viable to run a third car and have young drivers in there.

“But for me personally, I would really enjoying having a third Mercedes and put Pascal in there, or George or Esteban, and see what they would be able to do.”

Third cars would not necessarily run to the same rules as teams’ other two entries, Wolff added.

“We’ve looked at various scenarios. You could even let them participate in the sessions in qualifying and then let them do their own race.

“If teams feel that meddling in the championship is not right, you [could] just make them not score constructors points, just driver points. So there are many fantastic and exciting ways to integrate them on the grid, but you have to respect that if some teams are not up for it then it’s difficult to implement it.”

However Wolff suspects the idea will not be judged on its merits. “I’m not the flavour of the month in Formula One at the moment,” he said. “The ideas I bring up somehow end up in the bin, so maybe it’s better not saying anything and then someone else brings it up as the next great idea.”

Will Wood contributed to this article.