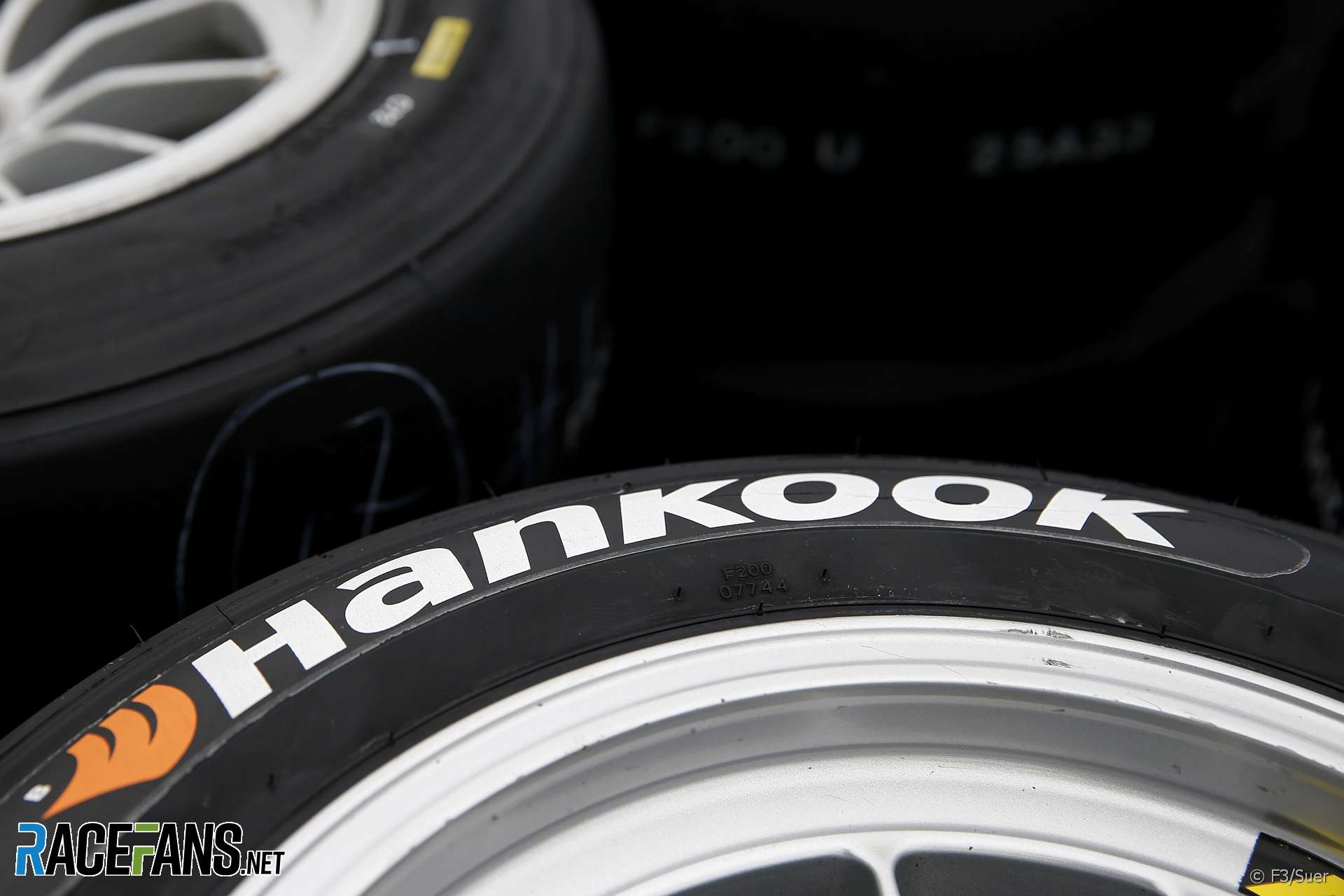 On Friday RaceFans revealed Hankook has been approved as a rival bidder to Pirelli for the rights to be the official Formula 1 tyre supplier from 2020 to 2023.

The emergence of Hankook as a bidder means that for the first time since the sport became a single-spec tyre competition there are two manufacturers seeking to be chosen as F1’s preferred brand.

There was a time when two tyre manufacturers with an interest in F1 would have made their own approaches to the teams, each arranged supply terms with some of them, and fought it out on the track. But the FIA ended the ‘tyre war’ after the 2006 season. As the next tender runs until 2023, that is unlikely to change any time soon.

According to Pirelli motorsport director Mario Isola, costs are a strong argument against allowing competition between tyre suppliers. At present Pirelli produces seven dry-weather tyre compounds (only six of which are being used in races this year), but a tyre war would require unique products for almost every track in order for them to be competitive with a rival.

“It depends on the regulation you define for competition,” said Isola when asked how a tyre war would change their approach to tyre supplies.

“If it is a completely open competition I am 100% sure you need different tyres and not just compounds but also constructions for different circuits, at least in the past, not only in Formula 1.

“But you can also fix rules with restrictions so we have to, like in rally you have different tyre manufactures but you have some restrictions or in WEC there are other examples. In Formula 1 it’s quite difficult also to fix the restrictions because then you need to police everybody is respecting the rules and it’s not really easy.”

As a tyre war isn’t on the table at the moment, Pirelli hasn’t calculated what the costs involved would be, but Isola said he “can imagine easily three times” current costs.

“But not just for Pirelli,” he added. “Then the teams need a proper test team, a car running. It’s a big difference, the approach is completely different. For the teams the budget is a lot higher. That’s why most of the competition are now a sole supplier.”

Some team principals who remember the tyres war days are not enthused by the prospect of a return. Having two tyre suppliers would mean “two teams will get the good tyres and the rest will get just the scrap”, said Toro Rosso team principal Franz Tost in 2015.

So for now at least, any competition between tyre manufacturers in Formula 1 will be conducted in commercial negotiations, rather than on the track.