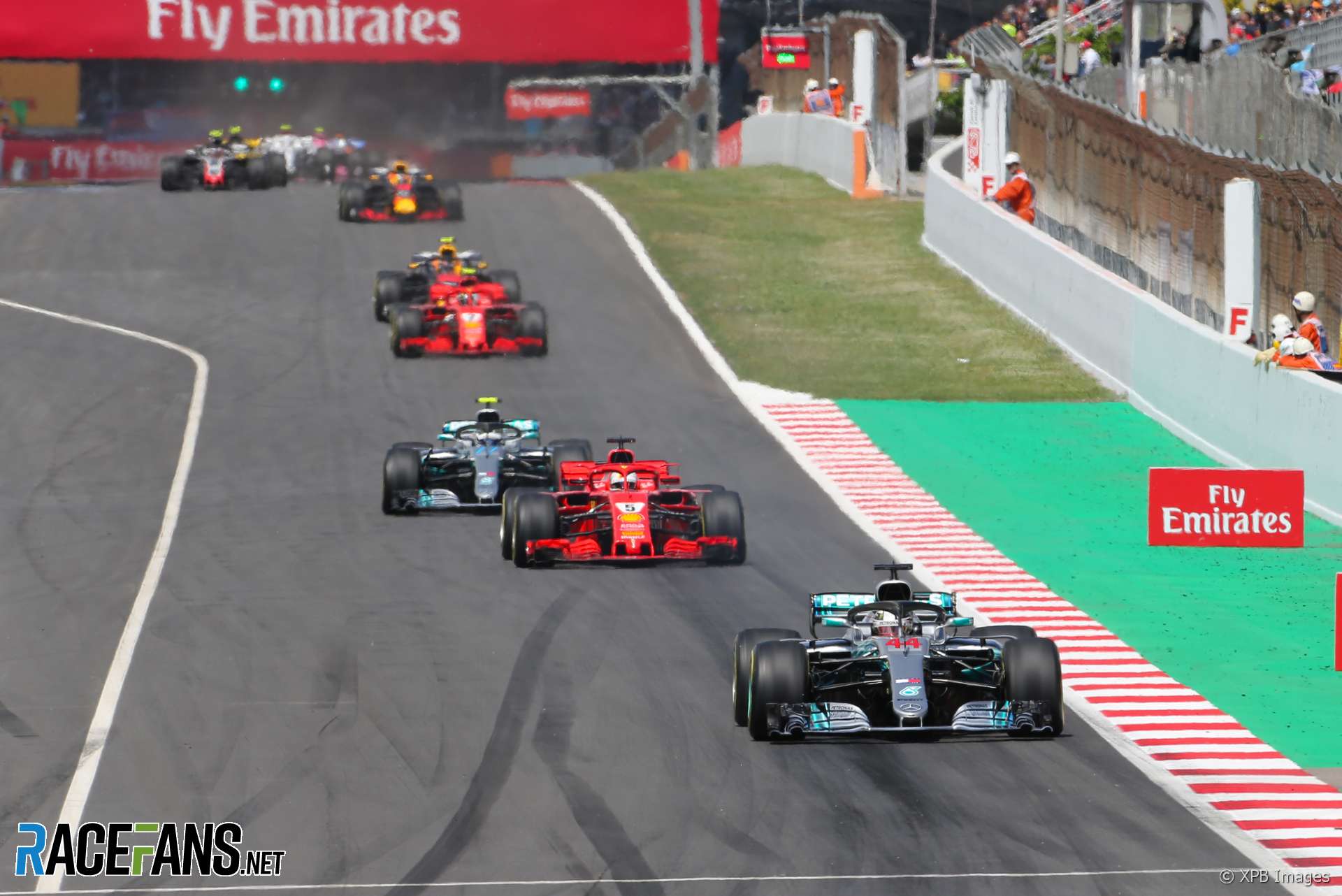 Pirelli’s goal for the 2018 Formula 1 season was to produce tyres which would give teams more strategic options, reduce the number of one-stop races and produce more exciting grands prix.

This followed a 2017 campaign in which Pirelli’s product had erred on the conservative side. This was out of necessity: Pirelli had to produce rubber for a significantly faster generation of new cars they had no prior experience of.

But for 2018, with the addition of the ‘hyper-soft’ tyre to a range of generally softer compounds, Pirelli expected greater diversity in how teams would approach the races.

Following the pre-season tests at the Circuit de Catalunya, Pirelli sporting director Mario Isola suggested a range of different strategies might work for the teams at the race later in the year.

“It could be super-soft at the start, because you have to qualify on super-softs, then it could be two mediums,” he said. “Or maybe if the car is not too severe on tyre you can also try to have super-soft/medium/soft or super-soft/soft/soft. In our [strategy] tool we have many different combinations using these three compounds.”

But the hopes of a more strategically varied race were not realised. Six of the first seven cars home stuck to the same one-stop strategy, starting on softs before switching to mediums.

As F1’s rules effectively force drivers to make at least one pit stop, strategists understand that the fastest route to the chequered flag is usually to try to make your tyres last. “If you can it’s always the quickest way,” said Haas team principal Guenther Steiner in Singapore.

Steiner admitted he couldn’t even remember if there had been a two-stop strategy race so far this year. In fact 12 of the 15 races so far have been won with a one-stop strategy. And the three exceptions were all races where Safety Car periods allowed the eventual race winner to make extra pit stops for ‘free’. It’s clear: one-stop is the way to go in 2018.

So why haven’t Pirelli’s softer tyres produced livelier races with more varied pit stop strategies as intended? And what could be done to encourage teams to do more than just eke their tyres out by one-stopping?

Simply forcing drivers to make two pit stops would be a crude solution fraught with fairly obvious shortcomings. Reducing the amount of time it takes to make a pit stop would be another obvious solution. But as Isola explained it’s not realistic.

“They are changing the tyres in two-and-a-half seconds, you cannot make it quicker,” he said. “You could increase the speed [limit] in the pit lane but this is a safety issue. So I don’t know really how you can make pit stops quicker in order to make it more an advantage. There is not a lot you can do to make the pit stops quicker.”

The difficulty the post-2017 cars have following each other closely and overtaking also plays a role. The lap time advantage one car needs to overtake another has increased, which means a driver running a long stint on worn tyres is less likely to be overtaken by a rival who pits and puts on fresh tyres. This gives teams an added incentive to avoid multi-stop strategies.

The tweaks to the front wing designs for next year, which are intended to help make it easier for drivers to follow each other more closely, may help address this. But there is a more fundamental change which explains why high-degradation tyres aren’t producing exciting races any more. One which may prove impossible to reverse.

Isola reckons that since Pirelli began producing high degradation tyres in 2011 (as requested by Formula 1) the teams have accumulated so much knowledge about them that they have simply become too good at preserving their tyres. As a result they can avoid having to make additional pit stops, which means they don’t have to give away positions on the track, and so races tend to be processional unless something happens to mix up the running order.

He therefore doubts that creating even more aggressive tyres will liven up the racing. “If we develop compounds with higher degradation, are they really going in a situation like old times where they were pushing and increasing the number of stops? Or are they managing more the tyres in order to reduce the number of stops and because it’s difficult to overtake and so on?”

This weekend’s race is not expected to buck the 2018 trend towards single-stop races, as FIA race director Charlie Whiting explained in Singapore.

“This circuit is quite abrasive, a lot of grip, high degradation, which is what we actually prefer rather than a circuit like Sochi has been until now, where they can run a whole one race on one set of average tyres, I think. In fact Nico [Rosberg] did once, stopped on lap one and did the whole race easily [in 2014].”

Can F1 strike the right balance of tyres that perform in a manner befitting the “pinnacle of motorsport” while also degrading rapidly enough to encourage unpredictable racing? Whiting admits it will be difficult.

“You want tyres to be quick, you want the ultimate performance. But it depends on the track surface a lot as well – in Sochi they’re going to be using the hyper-soft as well.”

The FIA clearly hasn’t given up on the idea that forcing the tyre supplier to produce high-degradation rubber is the way to make exciting races. For proof of that, look at the tender for the 2020-23 tyre supplier, which stipulates exactly how much slower each tyre should become with each lap.

With this finally reverse the trend towards one-stop races? And is it the correct approach for F1? Michelin certainly doesn’t think so: it said the request to produce high-degradation rubber was part of the reason why it decided against bidding to return to F1.

The high-degradation tyre era has begun to look like the refuelling era. When refuelling was legalised in 1994 it took teams a few seasons to get to grips with it. During that time refuelling contributed to some unexpected outcomes, but within a few years the teams’ professionalism eliminated that potential for unpredictability in the same way they have now mastered high-degradation tyres.

Is putting an even tighter specification on how the tyres should degrade really going to make races less predictable? Does the sport need to learn that more pit stops doesn’t necessarily mean better racing? Should F1 instead demand tyres that perform well, allow drivers to push flat-out and do not wither after a few laps of running close behind another car?

“When you talk to drivers who are able to race in both – not only Fernando, Mark has told us before, Nico also – they say ‘wow, it’s possible to attack and try again and it feels great’,” said Couasnon.

“So we believe this is the right way to go.” He may have a point.