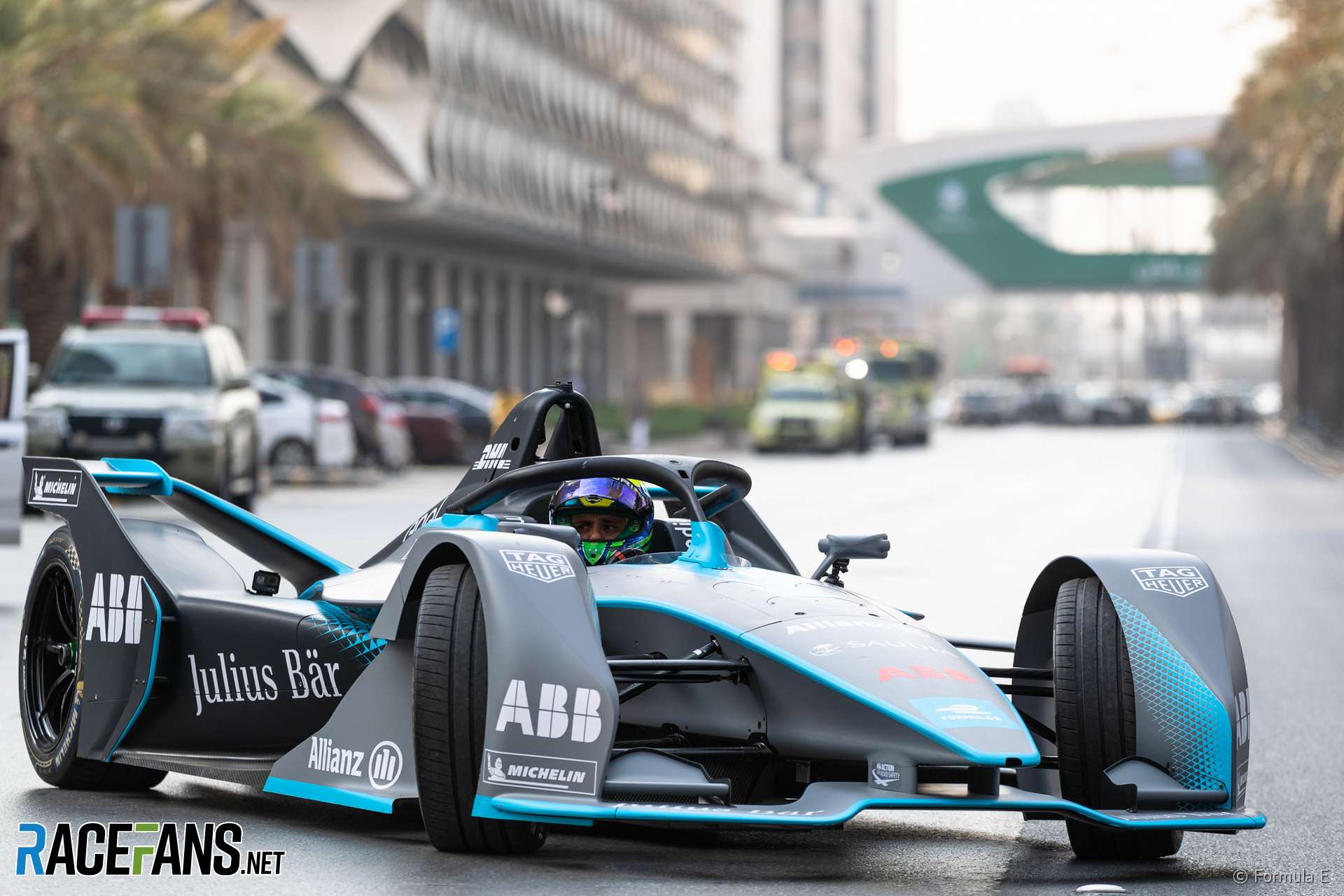 Formula E’s new ‘hyperboost’ system, which championship organiser Alejandro Agag has likened to a Mario Kart power-up, is just one change which will contribute to a dramatic overhaul of races in the 2018-19 season.

The first race with the championship’s second generation cars will take place in December. The teams are yet to learn full details of the series’ plans.

However it is known that the new cars will develop 200kW (up from 180kW) and hyperboost will add another 25kW on top of that. Drivers can activate hyperboost by running over designated areas of the track away from the normal racing line.

Drivers will no longer swap cars mid-race. This means their tyres will also have to last longer which, combined with the introduction of a softer compound from supplier Michelin, will make tyre management a greater part of the races.

However races will be shorter than previously. A new time limit of 45 minutes plus one lap has been set. Last season’s races took between 48 and 77 minutes to complete.

Jaguar’s race director Craig Wilson from told RaceFans many important details of the hyperboost system are yet to be confirmed. “We know the framework for that but it’s still not announced in terms of how that will actually be deployed and that will be some of the strategy, as well in terms of spicing it up.”

“[From] race to race we may not know, for instance, when the hyperboost periods will be, how many, etc….”

Jaguar driver Mitch Evans said hyperboost periods could constitute a substantial percentage of the race. “With the hyperboost, no one really knows how it’s going to work, how we’re going to activate it or anything.

“I think we’ll be doing some simulations in Valencia but it’s a little bit up in the air as well and we won’t know exactly, we’ll probably have eight minutes over the whole race but we won’t know how that’s divided.”

Hyperboost energy will come out of the overall battery allocation per driver, rather than being additional storage. Its use will therefore be highly strategic, and will go hand-in-hand with Formula E’s introduction of a new, softer tyre for the second-generation car.

Nelson Piquet Jnr said managing the power modes versus tyre degradation, with only one set of Michelin tyres per car per race, would be strategically crucial. “I think the drivers are going to have to think a little bit more because there’s attack mode, the tyres are a little bit softer so there’s going to be different tyre degradation,” he said.

“It’s not simply putting 220, 225kW and stepping on it. When you put more power, you’re asking more out of the tyre as well. [You’re] heating up more of the tyre, you’re consuming more tyres so doing that at the beginning or the end of the race – all of these things, you’re going to have to be thinking constantly what’s going on, to manage all of it at the same time.

“There’s no point in you saving this 225kW power towards the end of the race when your tyres are dead, you’re still going to be slow, so there’s a lot of different things that are going to be playing.”

Wilson said that communicating the new format would be important, not only to teams and media but as part of Formula E’s race broadcast. “I hope that the way that that’s communicated is very clear to viewers, though, because we’ve got a completely new format now and it’s going to be very important in terms of the messaging, so the people who are just getting into Formula E can understand it, in terms of power modes being used and that sort of thing.

“And I know there’s a lot of good work going on behind the scenes with the FIA and with Formula E in terms of key messaging and the communications but it is going to be very important. At the end of the day, we’re in the entertainment business in that way and we want to communicate technology but we want to entertain people so it’s going to be quite important that people understand what’s actually happening.”

Testing for the new Formula E season will begin on October 16th at the Circuit Ricardo Tormo in Valencia, Spain. The first race of the season will be in Riyadh, Saudi Arabia on December 15th.