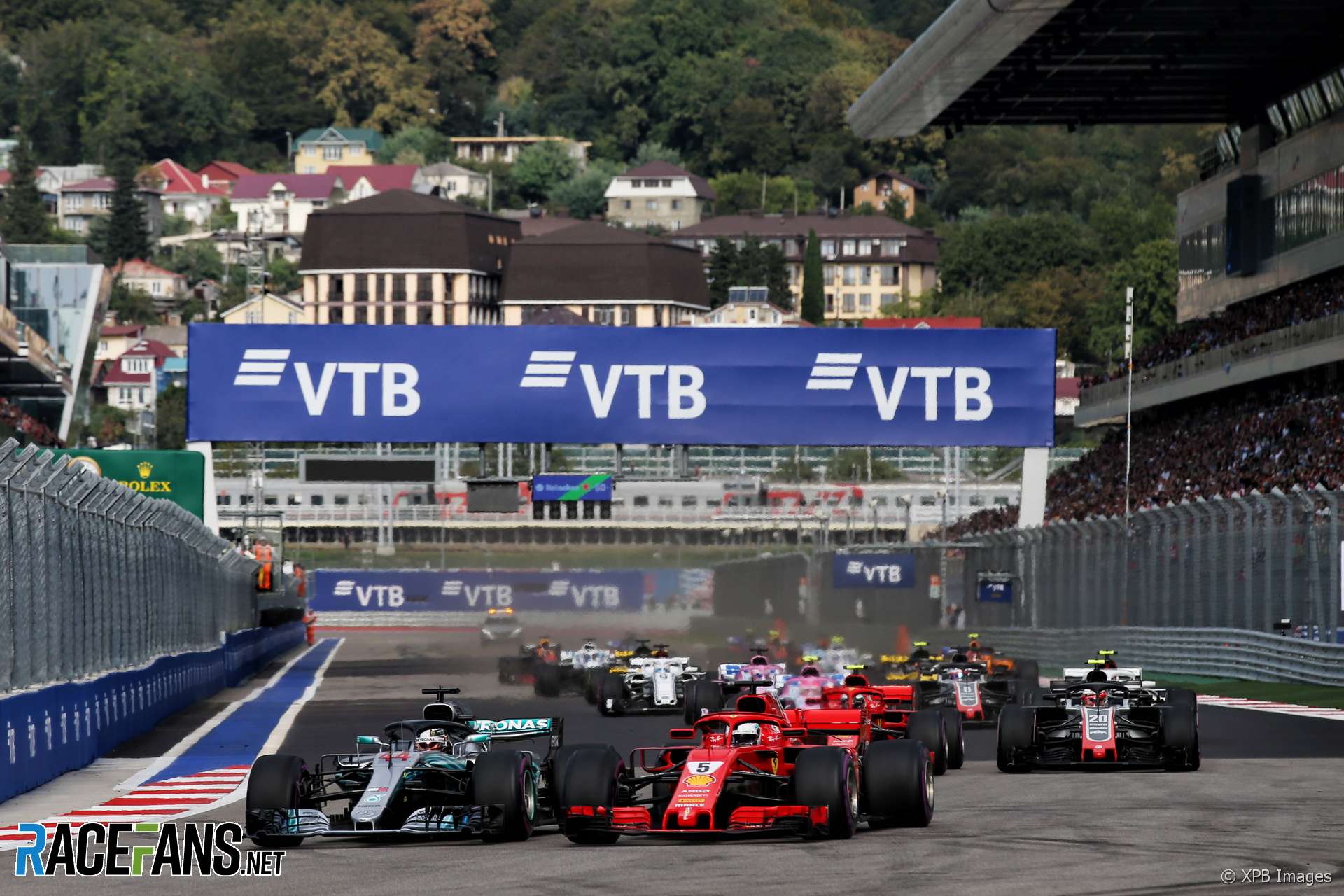 The Mercedes driver briefly look in danger of losing ground to Sebastian Vettel the championship after he emerged from his sole pit stop behind the Ferrari driver. But Hamilton went on the attack quickly, dived down the inside of Vettel at turn four, and regained his lost place.

A few laps later Valtteri Bottas, who led the early stages of the race from pole position, let Hamilton by at turn 13. That put Hamilton on course to lead the race – but not until Max Verstappen had pitted.

The Red Bull driver started from the back row of the grid but was on the fringes of the top 10 by the end of the first lap, then swiftly picked off the remaining midfielders. So quick was his rise through the pack that the leaders fell behind him after they pitted.

Verstappen, who started on the soft tyres, led until he pitted with 10 laps to go. But after putting the ultra-softs on he didn’t have the pace to chase down Kimi Raikkonen for fourth place. Daniel Ricciardo finished a delayed sixth after picking up front wing damage early in the race.

Charles Leclerc was the first of the midfield drivers home after putting an excellent pass on Kevin Magnussen around the outside of turn three as the second lap began. The Force India pair followed the Haas home, swapping positions twice to give Sergio Perez a chance to pass, before Esteban Ocon led them home in ninth and 10th.

The only retirements were the Toro Rosso pair who spun off in separate incidents within moments of each other early in the race.

Hamilton’s win means he now leads the championship by 50 points with 125 available.