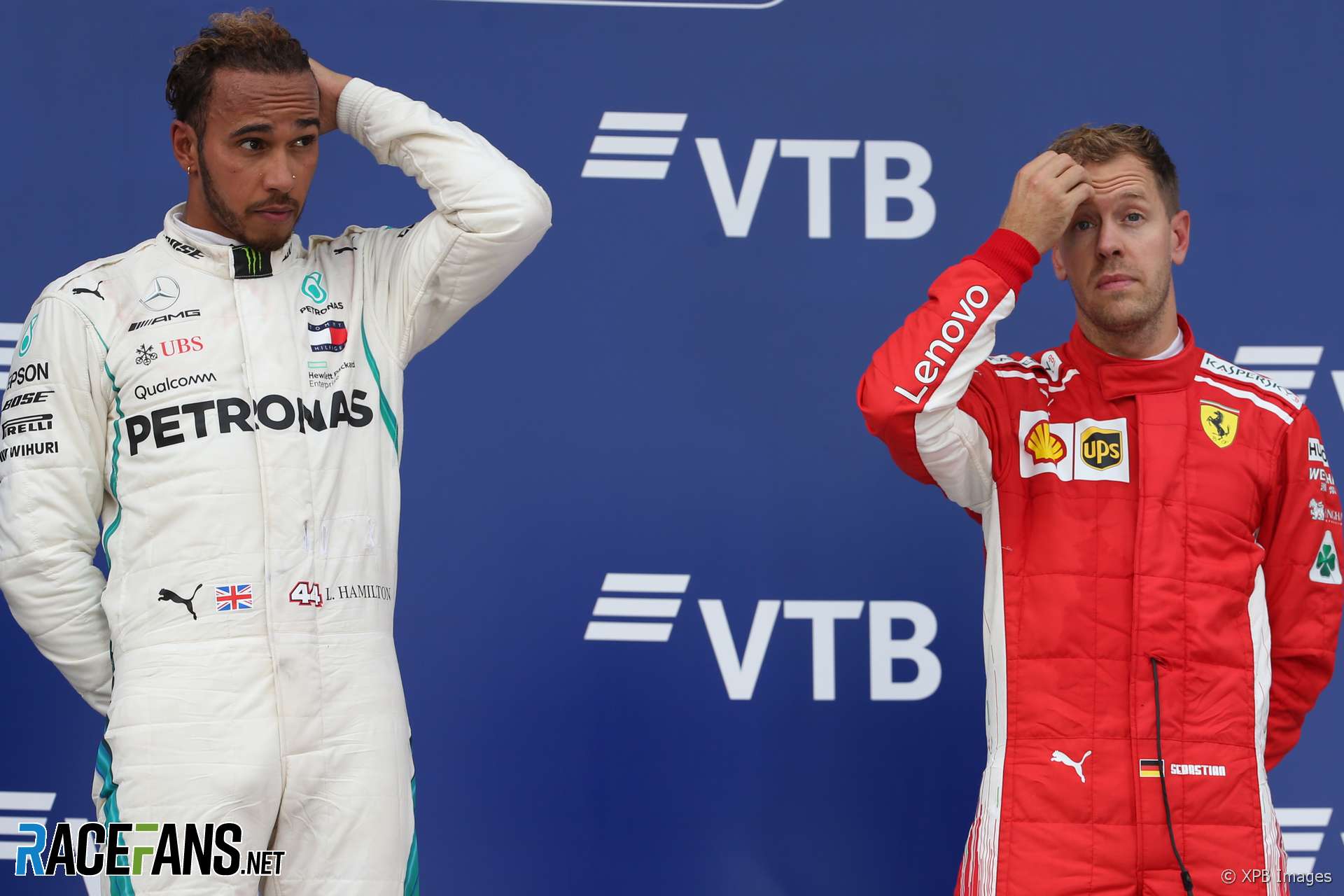 Sebastian Vettel admits he is no longer in control of whether he can win the Formula 1 drivers’ championship this year but believes he can still keep Mercedes rival Lewis Hamilton under pressure.

Vettel’s third-placed finish in Russia, while Hamilton scored his fifth win in six races, means Hamilton could finish second to Vettel in all the remaining races and still win the title.

“Obviously it’s not entirely in our hands,” said Vettel after the race. “We need a bit of something to happen.

“But we need to make sure that we are always there so if it’s a third we can get it, if it’s a win we need to get that.

“It’s maybe unfortunately not any more entirely in our hands but I still think that if we win the next races then we can put a lot of pressure on them, make something happen. That’s what we need to focus on. It’s not easy but I believe if everything goes well we have a fair chance.”

Vettel got ahead of Hamilton during the race but was then passed by the Mercedes. The stewards investigated Vettel’s defensive moves but ruled his driving had been legal.

Vettel said he tried to make it clear to Hamilton he was not going to surrender the inside line for the corner.

“I saw him coming very late, obviously it’s difficult to see in the mirrors. And then I tried to move to make clear that I am going to the inside, if you want to go somewhere go on the other side.

“Obviously he had quite a bit more speed at that time so maybe he was a bit surprised but there was no intention to irritate.”

36 comments on “Title destiny ‘not in our hands”, admits Vettel”