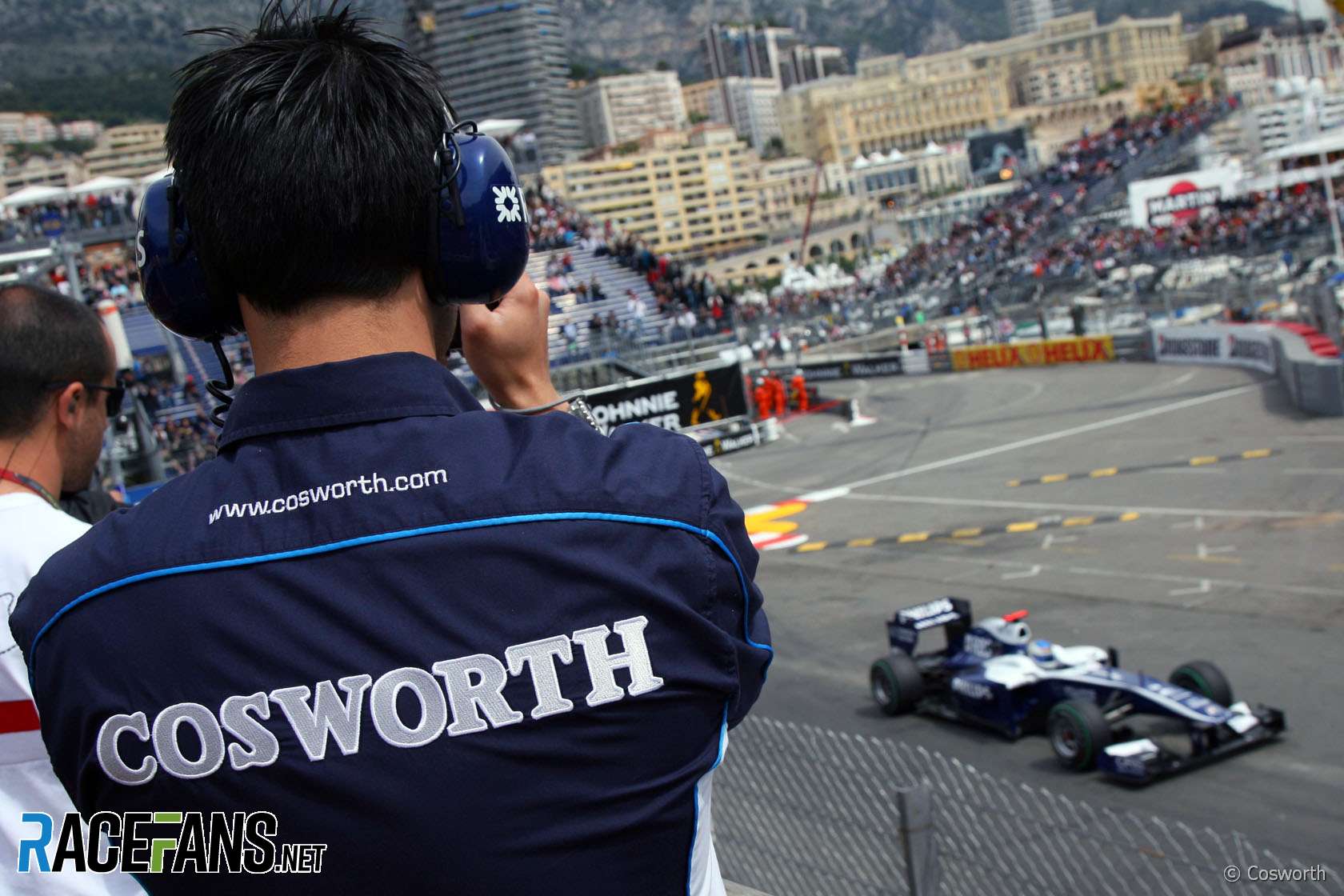 Cosworth’s managing director says the company would likely have built an F1 engine for Aston Martin in 2021 but the championship’s decision to keep the MGU-H prevented it.

Aston Martin was known to be considering an entry into F1 from 2021. However it backed out as it became clear F1 had scrapped plans to drop the MGU-H from the engine architecture.

Bruce Wood, MD of Cosworth, said the MGU-H is too expensive, has little application outside the sport and is an “obstacle” to new engine builders joining the sport.

“It certainly is where very few people, including ourselves, have direct experience,” said Wood. “Obviously Ferrari, Renault, Mercedes, Honda, have got that tapped to varying degrees of success. And the amount they’ve invested in that MGU-H technology is enormous.

“Of course it’s not just the technology of the hardware itself but then the strategy of the deployment of it and suddenly you realise that once you’ve designed and developed it there’s another 100 people to decide the strategy of how to use it.

“In our view it’s great technology but it is, in our view, something of an obstacle because it is so expensive to develop. And it has very limited application outside of motor racing. The applications for e-turbos in the mainstream world are probably pretty low so again to invest in all that technology for motor racing you could maybe convince yourself to do that if you thought ‘well, that’ll trickle down and be everywhere’ but we don’t really think it will.

“So while MGU-H I wouldn’t want to ever say isn’t a good technology – it’s really interesting but it is something of an obstacle, it is certainly one of the things that we were pushing for to be deleted in Formula One to make it easier for somebody new to come in. Not because it’s impossible to do but just because it is so burdensome to do.”

Cosowrth, F1’s second-most successful engine builder in terms of wins, were last active in F1 between 2010 and 2013 when they supplied engines to Williams, Lotus, Virgin (later Marussia) and HRT.

However Wood said they would have been unlikely to return to F1 as a customer engine builder had the MGU-H been dropped. “We don’t imagine there will be a Cosworth-badged Formula One engine whereby we are trying to lease it to teams and recover our investment like that.”

Removing the MGU-H could have made F1 more attractive to other manufacturers by slashing costs, said Wood. “In our view, deleting the MGU-H would have facilitated someone like Aston feeling it was more affordable.

“They are not going to spend half a billion on Formula One – would they spend 100 million? I don’t know but maybe – there’s far more people who can spend 50 million or even a hundred million than can spend five hundred million. So in our view, deleting MGU-H would make the whole thing more affordable for somebody.”

“It would make it more plausible that another car manufacturer entered Formula One. That bit needs to happen for them to then come to us. That was our logic in the whole thing, kind of ‘we’re trying to help you help yourselves here, guys.’ You’re saying, FIA, that you want more car companies in it – which we understand, it needs more car companies in it, it’s become too much of a closed shop – but you’ve got to make it more affordable.”

Existing F1 teams shot down the proposal to remove the MGU-H, he said. “I went to one of those meetings and Ferrari’s [Maurizio] Arrivabene stood up and said, very eloquently ‘Basically, Mr FIA, we have spent a billion dollars on this set of rules and you can’t just tear it up and have a simpler one because the world doesn’t work like that.’

It’s like ‘We’ve paid a billion dollars for our entry ticket and now just because you don’t like the show, you can’t sell tickets at 10% of face value’ so it’s a big problem but that’s our whole logic, if you make that billion dollars a hundred million dollars there are far more people who could afford it.”

The difficulty Honda has had with its return to F1 since 2015 has also deterred manufacturers, he added. “I think the whole Honda situation has been horrible.”

“If I was a car manufacturer I would look at that and think ‘wow, they, of everybody would know how to make this work and they’ve struggled for three years and they’ve been mercilessly murdered for it’ – why would you, as a car company, think ‘yeah, we’ll have a go at this.’ Personally, I think it will be a long time until we see another car company enter Formula One.”

43 comments on “Cosworth ‘would have made Aston Martin F1 engine’”