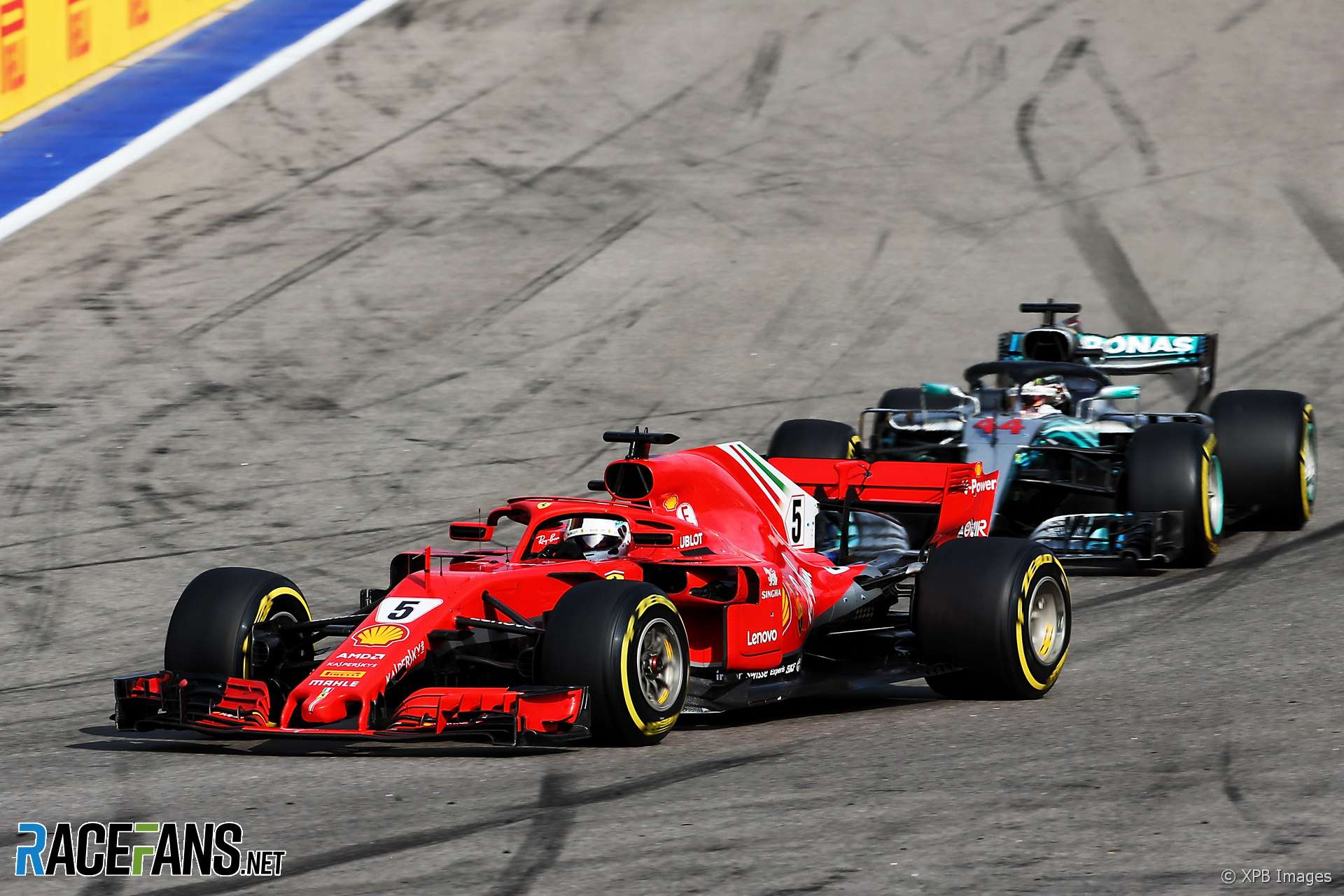 Sebastian Vettel says Mercedes have exaggerated how competitive Ferrari have been after their championship rivals moved ahead on outright performance in the last two races.

In Russia Mercedes qualified further ahead of their closest rival than at any stage this year since the season-opening Australian Grand Prix. Although Ferrari has had the quickest car on one-lap pace more often than not so far this year (see chart below) Vettel says Mercedes have downplayed how good their car has been.

“I think it’s always been very close,” said Vettel in Sochi. “I think the other side have been very good at communicating that they have an inferior car but I don’t think that was the case.

“We will see. We have a strong car, we know that, a car that we can work with.”

“They did work,” he said. “We’ve had a pretty good development programme on this car.

“Those developments have been having a good effect. You can see that we’ve pulled a small qualifying advantage to Ferrari in recent races and we’re hoping that we can carry that through to the remaining races this year.”

Asked if he was surprised by Mercedes’ resurgence, Vettel said: “Yes and no.

“Obviously it’s not nice to have a gap like that. But then I think I’ve been way more realistic about the gaps in general and the performance between the cars. I know we have a great car, I’m not doubting that. But I believe their car is very strong too and has been very strong.

69 comments on “Mercedes exaggerated how quick Ferrari were – Vettel”