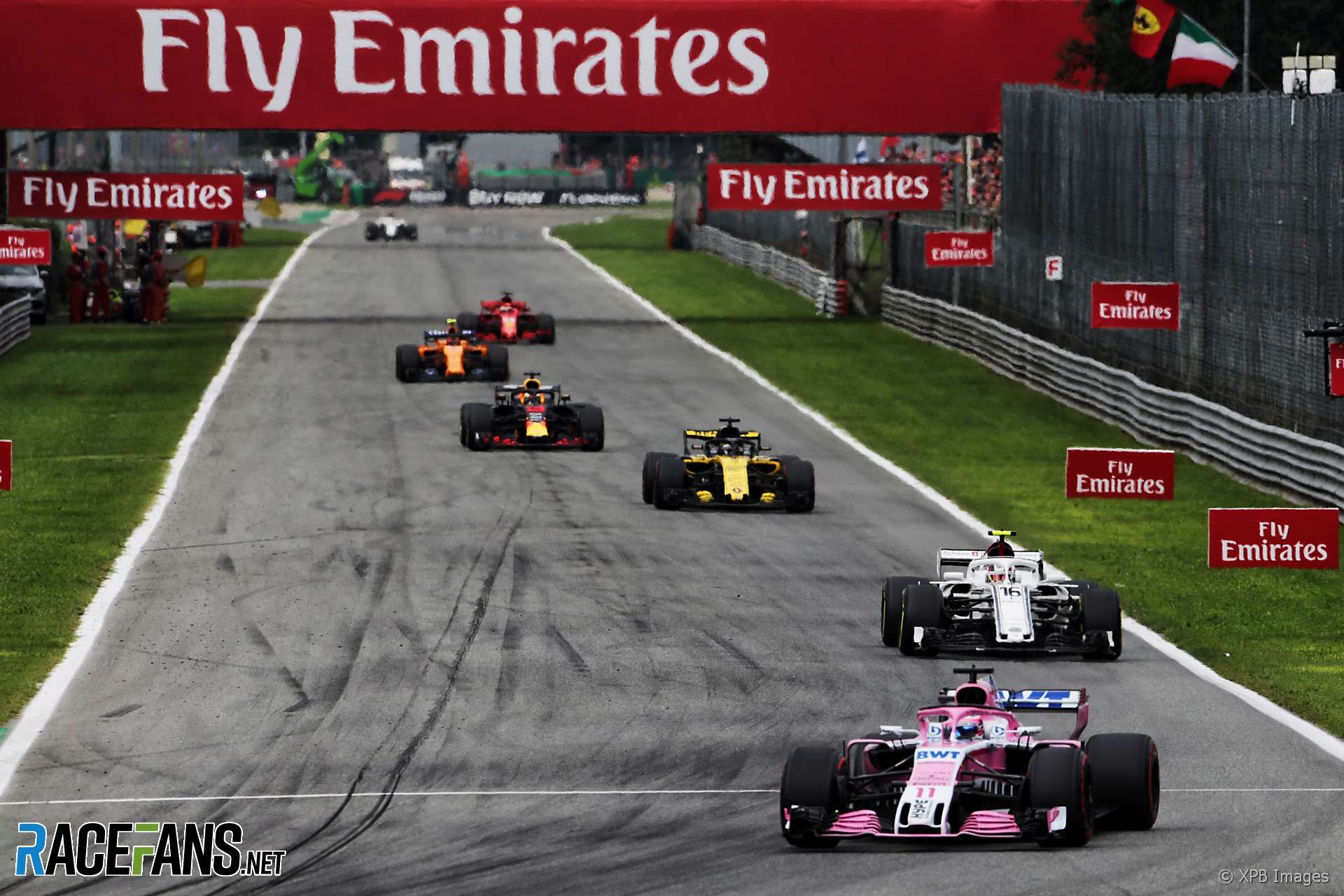 Formula 1 cars have become so sensitive to running in turbulence drivers now need seven seconds of clear air ahead of them in qualifying, according to Sergio Perez.

The Force India driver described how the current generation of F1 cars lose much of their downforce when running in traffic.

“In qualifying sometimes you see that you have to be seven seconds from a car,” said Perez. “We have such a wide car, so much downforce generation. In qualifying you see big gaps between cars.”

Perez spent much of Sunday’s Russian Grand Prix stuck in traffic. He estimated the cars needed a performance advantage of one-and-a-half seconds to pass a rival at Sochi.

“Track position is qualifying is so important now,” Perez added. “Or you have races like Monza where you have to be within one second of the cars cars, how Kimi [Raikkonen] got pole.”

F1 motorsport director Ross Brawn recently said current F1 cars lose up to 80% of their downforce when running close behind another. The sport will introduce a new front wing design next year aimed at addressing the problem.

Force India’s test drivers have already run an example of the new, wider wings (below). Perez said the first impression is they will offer an improvement.

“I heard that could be quite good to follow,” he said. “But until you run it it’s hard to know. I’ve heard good things about it, you might be able to follow more but I don’t know how much. I hope so, racing this year has been a bit poor.”