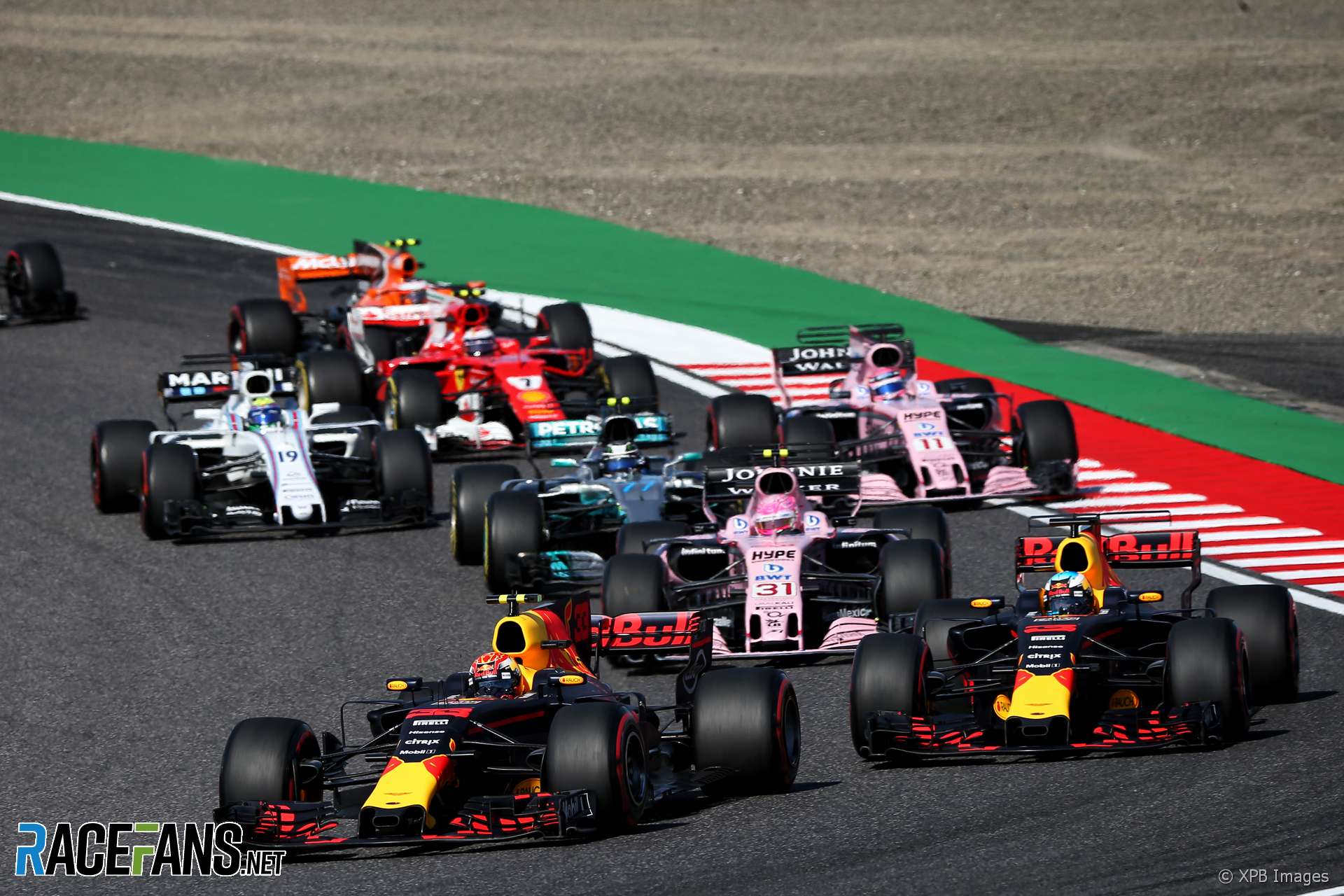 Formula 1 drivers want to be able to use their Drag Reduction Systems through 130R to aid overtaking at Suzuka.

But FIA race director Charlie Whiting said last week the possibility of putting a DRS zone through Suzuka’s high-speed left-hander had been rejected.

“Unfortunately that’s the only circuit we’ve been unable to change,” he said. “The only way to make another [zone] is to go through 130R with DRS open and I don’t think anyone would be up for that.”

A DRS zone was added at Silverstone through the quick Abbey and Farm corners but Whiting admitted after that race it had not aided overtaking. “After Silverstone I don’t thin they would be very keen on that,” he added.

However Sergio Perez was among the drivers who believes the current cars are capable of using DRS through 130R and said drivers should have the chance to use it there.

“I think in the car it’s up to you how you want to do it. If you want to have a lift and then come back to DRS it’s down to you. There will be drivers who take more risks than others but that’s really down to the drivers. We’re good enough to do that.”

Perez’s team mate Esteban Ocon said it would be “quite a challenge to have DRS there.”

“It would be even harder than Silverstone turn own there. So let’s see what’s going to happen in the future but it could be interesting.

“I think it could only help overtaking into the back chicane. In the race it probably wouldn’t be flat especially following other cars but in qualifying in would be interesting.”

Williams driver Lance Stroll also spoke up in favour of adding a zone at 130R. “I think it could only help overtaking,” he said. “It’s already a track where it’s very difficult to follow with all the high-speed corers. If it’s a way of helping overtaking, helping the show, it’ll be good.”

However Sebastian Vettel compared DRS to a Mario Kart power-up and said the sport should try to get rid of it.

“I’m not a big fan of DRS,” he said. “Now we are in Japan I think [of] Mario Kart, if you remember, it might be more fun to throw bananas out of the cockpi than have DRS.

“I don’t like, I think it’s artificial. I think we should find different ways to make the cars follow each other closer and not have DRS.”