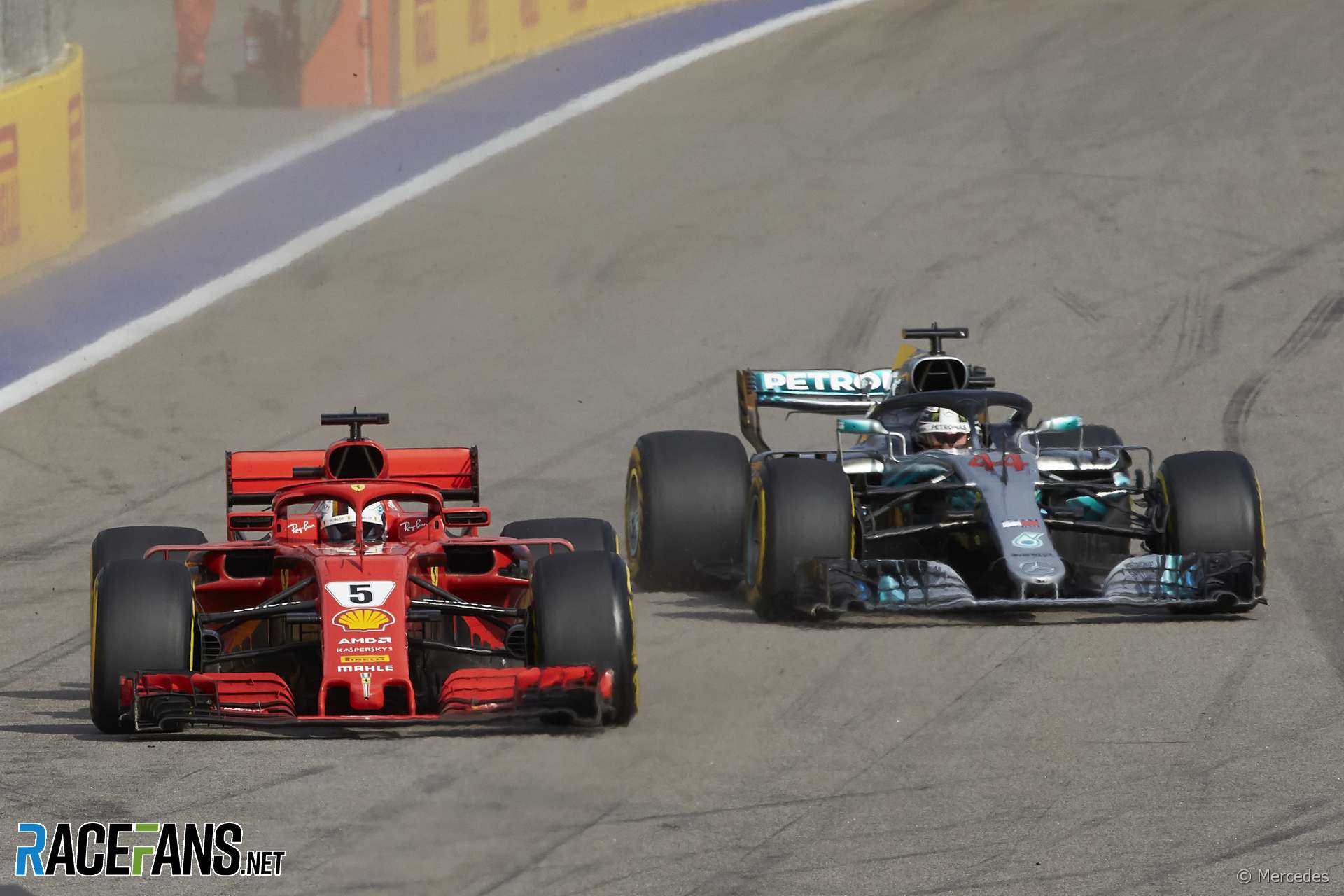 Lewis Hamilton says he doesn’t understand why some drivers are allowed to make two defensive moves, as he believes Sebastian Vettel did during their fight for position in Russia.

Hamilton claimed Vettel made an “illegal manoeuvre” approaching turn two while he was trying to pass the Ferrari during Sunday’s race. He passed his rival two corners later.

The stewards decided Vettel’s driving “did not constitute two significant changes in direction”, but Hamilton believes the rules were not enforced consistently. “The same rules are not always applied to certain things,” he said today.

“I was really surprised when I watched the replay because it was really clear, the two-step move.”

The International Sporting Code’s section on the rules of overtaking states: “More than one change of direction to defend a position is not permitted.”

FIA race director Charlie Whiting said he reported Vettel’s move to the stewards for them to investigate during the race before Mercedes complained about it.

“How I see it doesn’t really matter, it’s how the stewards see it, of course,” he pointed out following the race on Sunday.

“I think they felt that in all reality it didn’t constitute two changes of direction which is what the regulations require for a penalty. So I think they took a slightly lenient view on that.

Hamilton said he was convinced the pair were going to collide at high speed when Vettel covered off the inside of the corner.

“It’s difficult to realise, we were doing two hundred and something miles per hour and things happen so fast at those speeds,” said Hamilton. “I thought we were going to crash.

“I was really shocked that when I pulled out of it I was able to keep the car in one piece and we made it to the second corner and it actually ended up being awesome racing. But I thought in the moment my wing’s definitely going and I might be going in the air.”

97 comments on “Hamilton: I don’t get away with making two moves like Vettel”