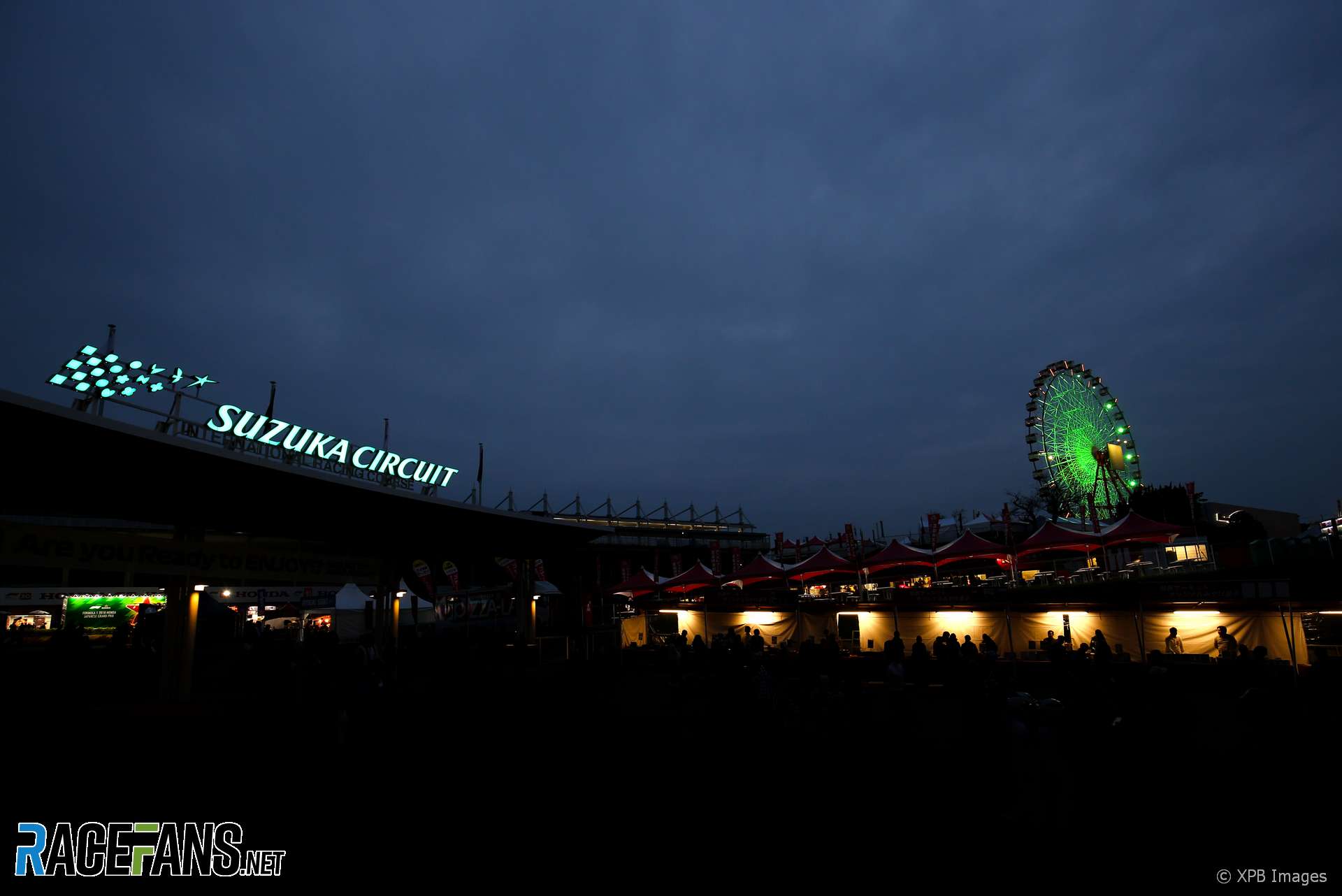 It’s another back-to-back race weekend and this one comes with a brutal change of time zones. @DieterRencken brings the latest from the F1 paddock at Suzuka.

Utter thirst awakes me. I grab a glass of water and reflect on the cause: dehydration after 26 hours in air-conditioned environments – 18 of them on aircraft, five in Brussels/Dubai airport lounges, and two-plus on Japanese trains.

Once again grand prix Thursday started well beforehand, in this case Tuesday noon (CET), when I departed home, through to 11pm Wednesday, when I checked into my hotel. That’s 4pm in Europe, so I’d been on the go in some shape or form for over a day, and slept just four hours during that time: on the Emirates Dubai-Osaka flight.

Thereafter two train journeys then brought me to within 15 minutes of my hotel in downtown Nagoya. En route I’d enjoyed some good giggles reading the toilet usage instructions on the train, then smiled as I recalled the manufacturer of Japan’s ubiquitous sanitary ware manufacturer: Toto.

My hotel room is kitted out in typical traveller style: 12 square yards containing a three-quarter bed, desk, one-piece moulded plastic bathroom consisting of splash bath/shower, basin and toilet. The TV is strictly Japanese-only, and the single window opens onto a solid wall a few metres back. That will be £80 per night please, sir.

After a few gulps of water I return to dreamland.

Up and about, prepare for the day, then head for breakfast – fruit salad, scrambled eggs on toast the size of a pocket wallet, orange juice and coffee. Local fare is on offer, but I’m not partial to purple potato-flavoured milk or sesame soup, so stick to the tried and tested.

Thereafter I (re)pack my gear to carry only essentials on a journey that consist of a brisk walk to the station, 45-minute train journey to Shiroko station (closest to Suzuka), then 20-minute shuttle trip to the circuit. If all goes well, I’ll be at Suzuka circuit within three hours. In efficient Japanese style it eventually does. 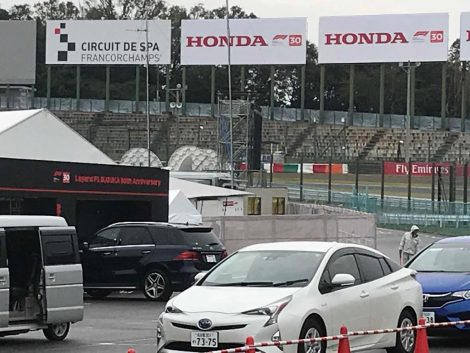 I turn my head as I walk through the paddock: among the Honda (and other) trackside hoardings is a Spa-Francorchamps billboard. I discover that various traditional circuits, including Spa, Suzuka and Silverstone – and others not starting with “S” – have formed an alliance, and are co-operating on common issues. Wonder whether that includes hosting fees…

After choosing my desk I catch up with media colleagues, most of whom had tortuous journeys to Japan after Sunday’s Russian Grand Prix. Some returned home for a night – as I had – while others flew to Moscow then onwards, with Dubai, Abu Dhabi, Seoul, Tokyo and Istanbul also featuring as stopovers. The aftermath of a typhoon over Tokyo further complicated travel for some – and another twister is expected later in the week.

The choices of accommodation in and around Suzuka are equally wide: some choose to stay, as I do, in Nagoya, others in Yokkaichi or Tsu (situated on opposite sides of Shiroko), and still others in Shiroko itself – in a media hotel offering rooms even tinier than mine, but at double the price. All options have pros and cons, and I have alternated over the years, but tend to favour the Nagoya option despite the travel hassles.

Hit the interview trail, with Guenther Steiner being first up. He confirms progress has been made on Force India’s prize money conundrum, but refuses to divulge details – saying only there will be a meeting with Liberty this weekend.

Thereafter I chat with Tomasso di Giovanni – Director, Global Communications of Communications for Philip Morris, Ferrari’s primary sponsor – about the team’s livery change and the rationale behind their Mission Winnow campaign. He explains it is not “win-now”, but a philosophy based on an ancient term for separating wheat from chaff, or, put differently, separating the important from the inconsequential.

Tomasso kindly presents me with a book containing some of Kimi Räikkönen’s philosophies: rather fitting, for if there is one person in F1 who knows exactly how to “winnow”, it’s the Finn. That makes it two Kimi books within a week, given that I began reading a (preview) copy of his autobiography on my flight across (our review of the latter is subject to an embargo and will be published later this month). 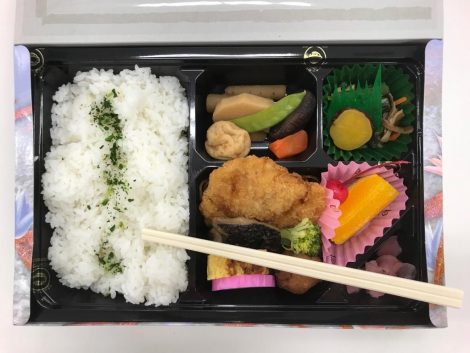 After lunch – chicken cutlet bento box – it’s sit-down time with Romain Grosjean, who tells us he had mindset reset after Silverstone, but initially declines to furnish details. In order to draw him out I say: “Unless you tell us, we’ll think the worst,” then add with a smile, “particularly with your reputation…”

Cornered, after a pause he says with a half-grin: “Fuck off,” then spills the beans by relating how a start-line incident with team-mate Kevin Magnussen provided a wake-up call.

Later I see Romain in the paddock, chatting to team members, so go up to him and say, “I’m here to fuck off.” He smiles, then says, “I’ve forgotten why I said it to you.”

I remind him, and we have another laugh. All good banter in what is all too often a far too serious place.

Interviews over, I head for the shuttle to Shiroko Station, then catch the 8:01pm to Nagoya. En route I stop at a convenience store to pick up a bowl of tuna salad with sweet corn. That’ll do me just fine for today.