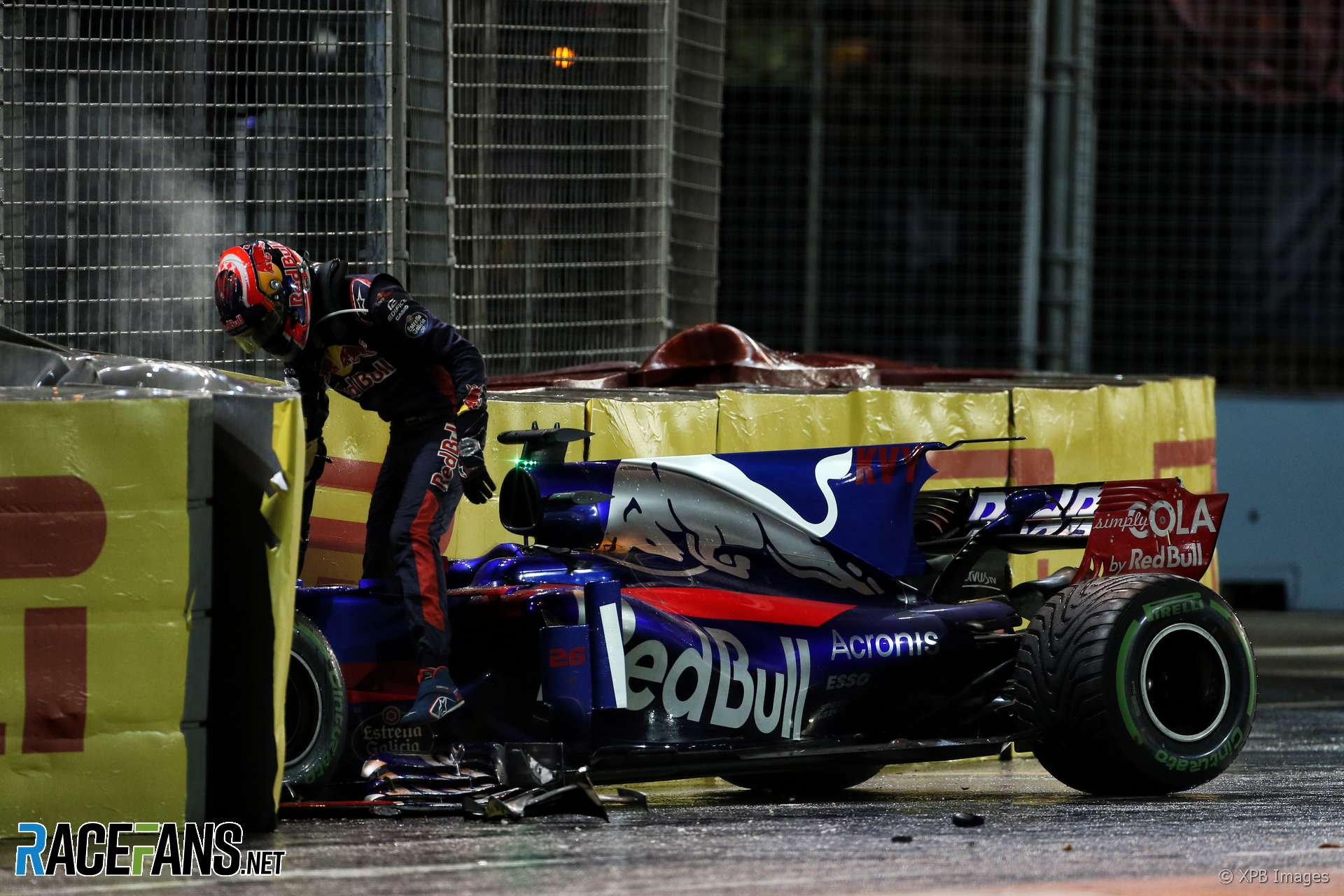 In the round-up: Daniil Kvyat describes his year away from Formula 1 after being dropped by Toro Rosso late last year as his chance to “regroup”.

Kvyat spent a year as Ferrari’s simulator driver before being recalled to Toro Rosso for another season with the team.

First of all of course I’m very pleased to be back. It’s what I wanted and I’m really thankful for this opportunity to Red Bull and obviously also Ferrari. It was a great year for me working for them. I had the chance to regroup everything together and now I’m back where I want to be. It’s going to be an exciting 2019 with Toro Rosso.

First time for me in Japan. Impossible to not think of what happened here 4 years ago. We miss you Julio, I'll push to make a good week-end for you ❤️ @julesbianchi17 pic.twitter.com/xYQ3CAZZCL

Flew from Sochi straight to Suzuka for another run in this on Friday ✌🏼🇯🇵 pic.twitter.com/mrbFkNEcZK

"Appeal brought by Haas F1 Team against the decision No. 42 dated 2 September 2018 of the Stewards of the 2018 Italian Grand Prix counting towards the 2018 FIA Formula One World Championship."

"There is so much hard work going on at Grove, and work you might not expect - it isn't just about bringing performance to the race car, although that is a critical point, but there is a lot of work going on around culture, structure, to make sure we are a team fit for purpose next year."

Renault: Don't single us out over Ocon's plight (Autosport)

"Esteban is currently in the middle of a situation of a very adverse set of circumstances, and I think Renault is only a small factor in all of that."

"The combined average audience of 2.31 million viewers is the lowest for Russia on record, down 4.1 percent and 2.4 percent on 2016 and 2017’s average audiences. Whilst not a good number, the audience figure is not abnormal for Russia, either."

"The fact that Mark then went out and the car went up on the out-lap… that would have been my first-ever lap. That’s just a scary thought."

Did Mercedes intend to put Hamilton in front of Bottas through the pit stops in the Russian Grand Prix?

The transcript confirms Mercedes was trying to engineer an ‘overcut’ for Hamilton on Bottas without telling him that was the strategy, seemingly so he could maintain some plausible deniability about the whole thing.

I have no problem with team orders, but this makes invoking Hamilton’s blistering as the justification ring a bit hollow. He was only vulnerable to Vettel because they screwed up their first attempt at trying to swap them around.
@Markzastrow

19 comments on “Year away gave Kvyat chance to “regroup””