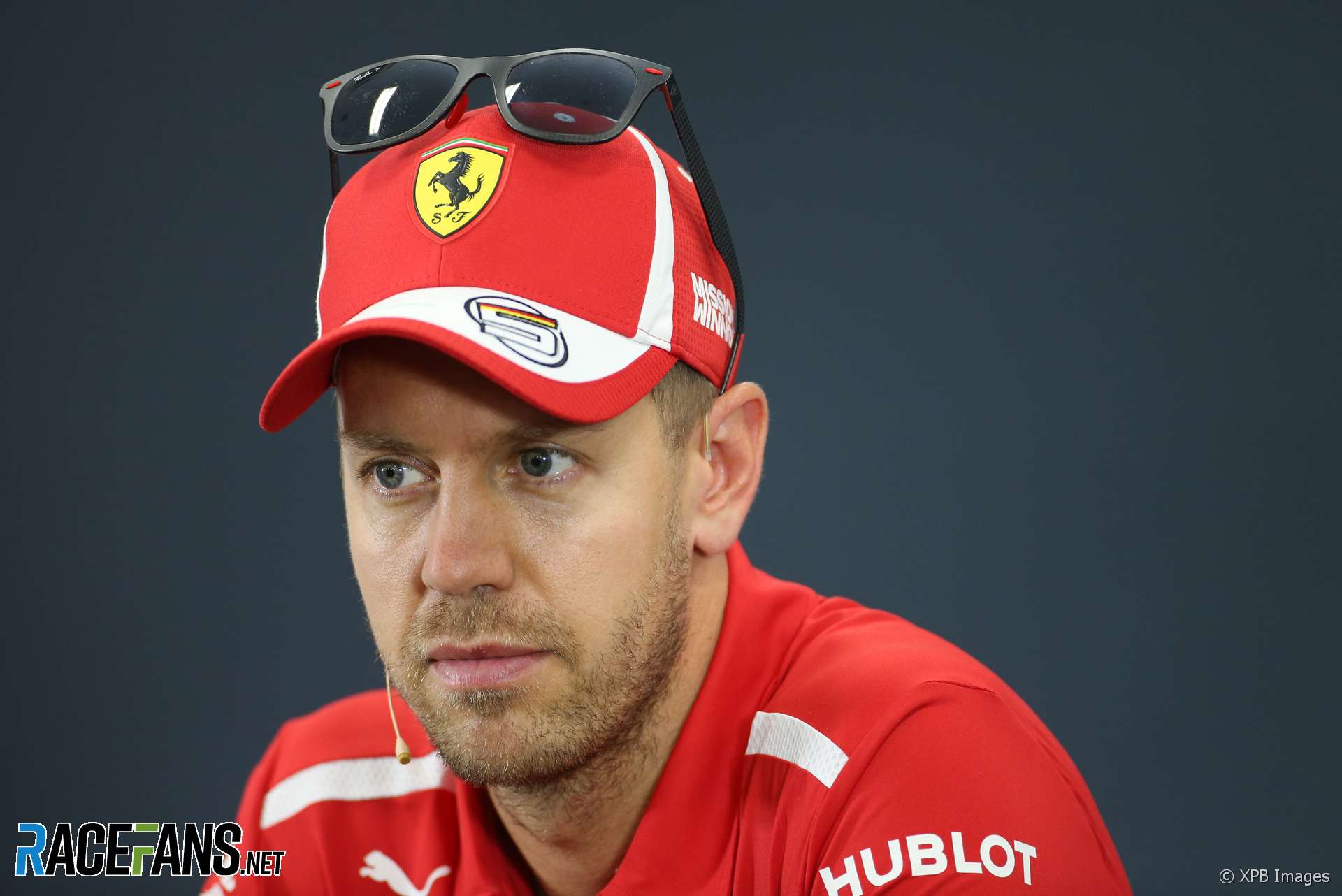 Sebastian Vettel has criticised plans to change Formula 1’ws qualifying format as plans for a ‘Q4’ session are under discussion.

In response to a question from RaceFans during today’s FIA press conference, the Ferrari driver said there was no need to replace the current three-part format.

“I’m just wondering what we will discuss in 10 years’ time,” he said. “Whether we’ll talk about Q9 and Q10? Whether that makes sense? Probably not.

“Maybe we should go less. My person opinion is that nowadays we need too much entertainment to be happy. It would be nice to settle for something less as well.”

Vettel said his preference was for F1’s one-hour qualifying format, where drivers were allowed to do up to 12 laps. The format was used for the final time at Suzuka, scene of this weekend’s race, in 2002.

“My preferred qualifying was back in the days when they had an hour and you could do what you want,” said Vettel.

“But I think it’s about getting the perfect lap and I don’t think it matters how many qualifying session you have. now we have three and the one most people look out for is the last one so if you have Q4, Q5, Q6, Q7, what’s going to change?”

10 comments on “Vettel sees no need to change qualifying format”