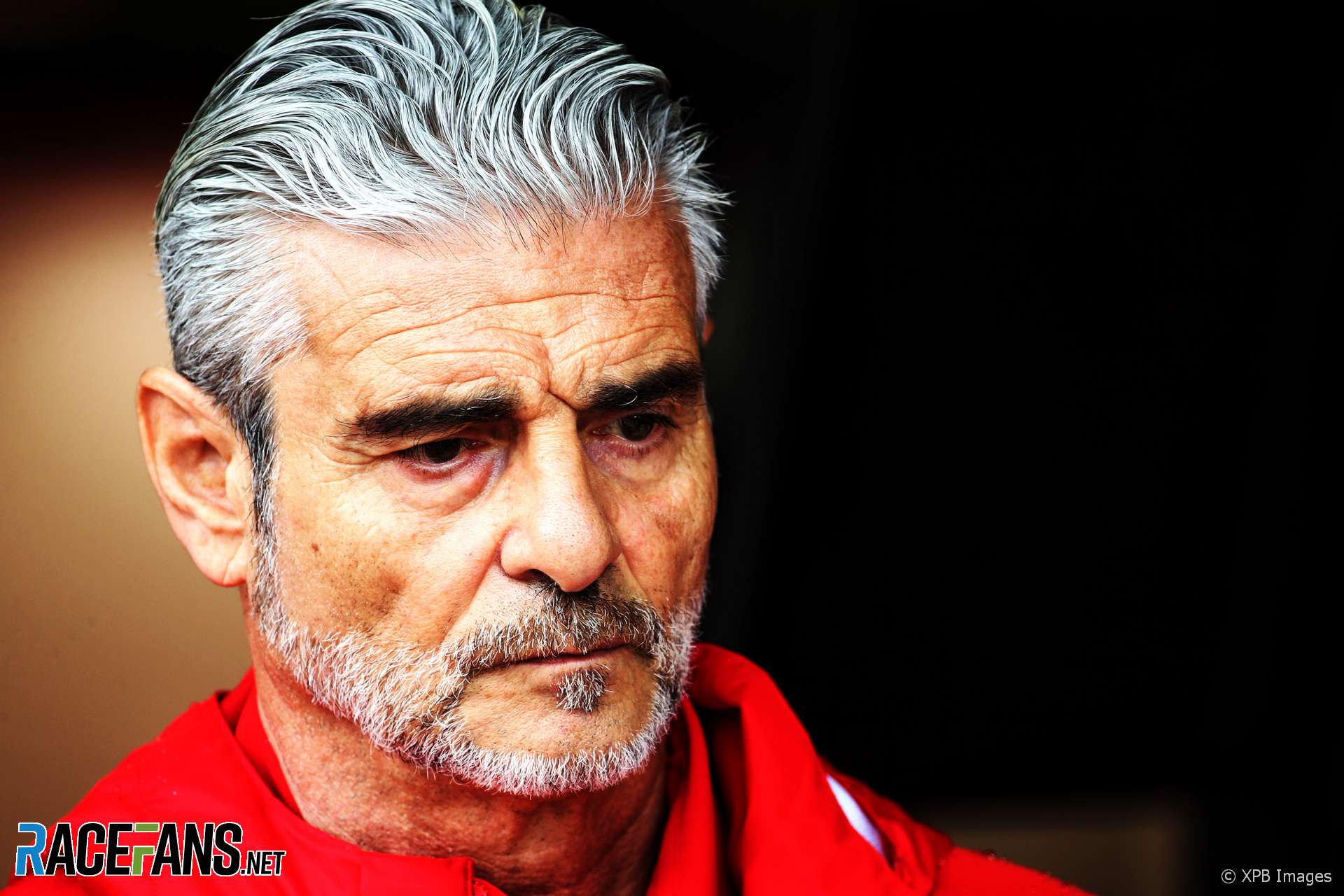 Ferrari team principal Maurizio Arrivabene says the team is concerned how information about the second FIA sensor which has been fitted to its car’s power unit came to light.

Arrivabene confirmed to German television network RTL the existence of the second sensor, which was added at the request of the FIA to monitor how Ferrari’s unique power unit design functions.

“Our battery layout is quite complex,” said Arrivabene. “We agreed with the request from the FIA to work together with them and to facilitate their work we added a second sensor. But it doesn’t change in any case the performance of our car.

“Despite that I think it’s strange that everybody knows about the second sensor. I said that our battery layout is quite complex but it’s also an intellectual property of Ferrari.

“I hope that as everybody knows about the second sensor in future everybody they are not going to be informed about our projects. That could be a serious matter.”

The addition of the second sensor has been seized upon by some as the explanation for why Mercedes has pulled ahead of Ferrari in recent races. But Arrivabene insisted the team has not lost performance on the straights.

“In the straight we were absolutely ahead in Singapore and in Russia we were more or less like Mercedes. Where we lost was in the slow speed corners.”

The addition of the second sensor is “nothing to do with the speed on the straight”, Arrivabene added.

Sebastian Vettel told media yesterday he did not believe the team has lost straight-line performance.

“No, I don’t think so, we were running at full boost,” he said. “Obviously in Russia we were not competitive. But I think we lost more time in the corners than in the straights.”