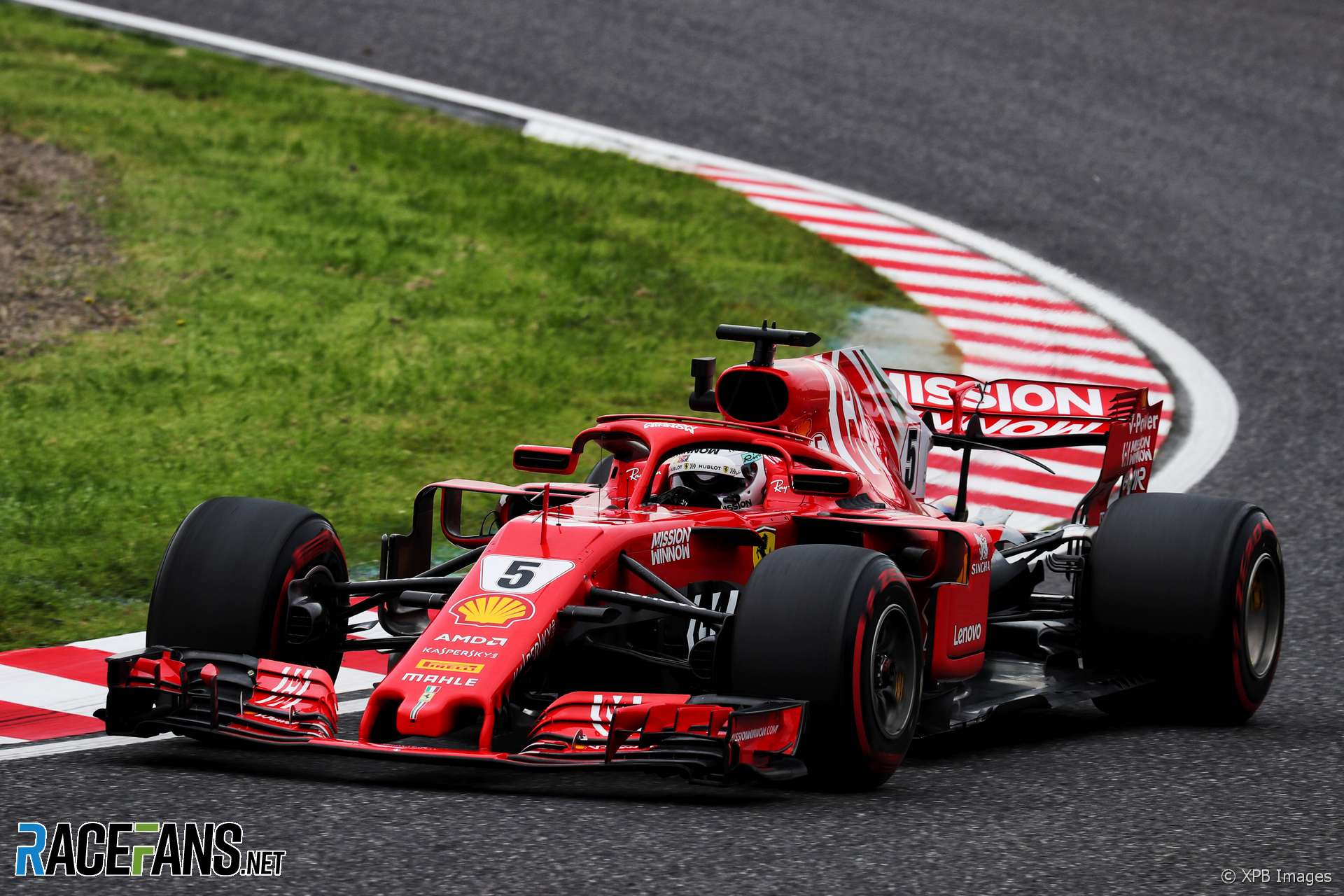 After the first day of running at Suzuka it isn’t looking good for Mercedes’ rivals.

The fastest silver car was 0.833 seconds quicker than the next-best car out there. Their closest rival posted a best time 0.94% slower than they managed, which would not only be Mercedes’ biggest margin of superiority this season, it would be their greatest since last year’s Azerbaijan Grand Prix.

Ferrari’s decision to bring 10 sets of the red super-softs for each driver – more than any other team – didn’t look like a great one when Sebastian Vettel’s rear tyres began to blister in second practice. “I think we were sliding a little bit too much and when you slide the temperatures go up and blistering is caused by high temperatures,” he explained.

Pirelli motorsport director Mario Isola admitted he was surprised by Ferrari’s tactics. “It’s quite an aggressive selection,” he said, “it means they are planning to use mostly the super-soft for free practice.”

Will that allow them to find the set-up they need to make them last? “I think the tyres are manageable and for sure from the data today they will be able to react and find a set-up that is reducing more the blister.

“Don’t forget the team choice is made 14 weeks in advance so a long time ago. They were probably targeting to have more runs on the super-soft in order to understand the behaviour of the super-soft here whereas other teams are more focused on the softs.”

That offers Ferrari some encouragement that they can go quicker. But as it stands they are nip and tuck with Red Bull for second, and the RB14s look capable of going quicker too. The team evaluated different wing angles on their cars today, treading as usual the delicate balance between drag and downforce.

The contest for Q3 should be considerably more exciting than it was in Russia with four teams potentially in the mix and the margins razor-thin. Force India were comfortably ahead thanks to an excellent lap from Esteban Ocon, but Toro Rosso are ones to watch.

With the Honda power unit the team has already virtually matched its best time from this race last year while the remaining teams are slower (besides Sauber, who were struggling with a year-old engine this time last season). What’s more Pierre Gasly, who has usually been the quicker of the two Toro Rosso drivers, had a compromised second practice session and wasn’t able to do a qualifying simulation run. They should be Q3 contenders on merit.

Sauber are in the hunt too. For once it was Marcus Ericsson, who has a lot of experience here, who led the way. But Leclerc has made some big Friday-to-Saturday improvements over the year so far, and the rookie will surely be pouring over his team mate’s data.

But the critical question which remains after Friday’s running is whether Ferrari can make a big gain and pull themselves back into contention.