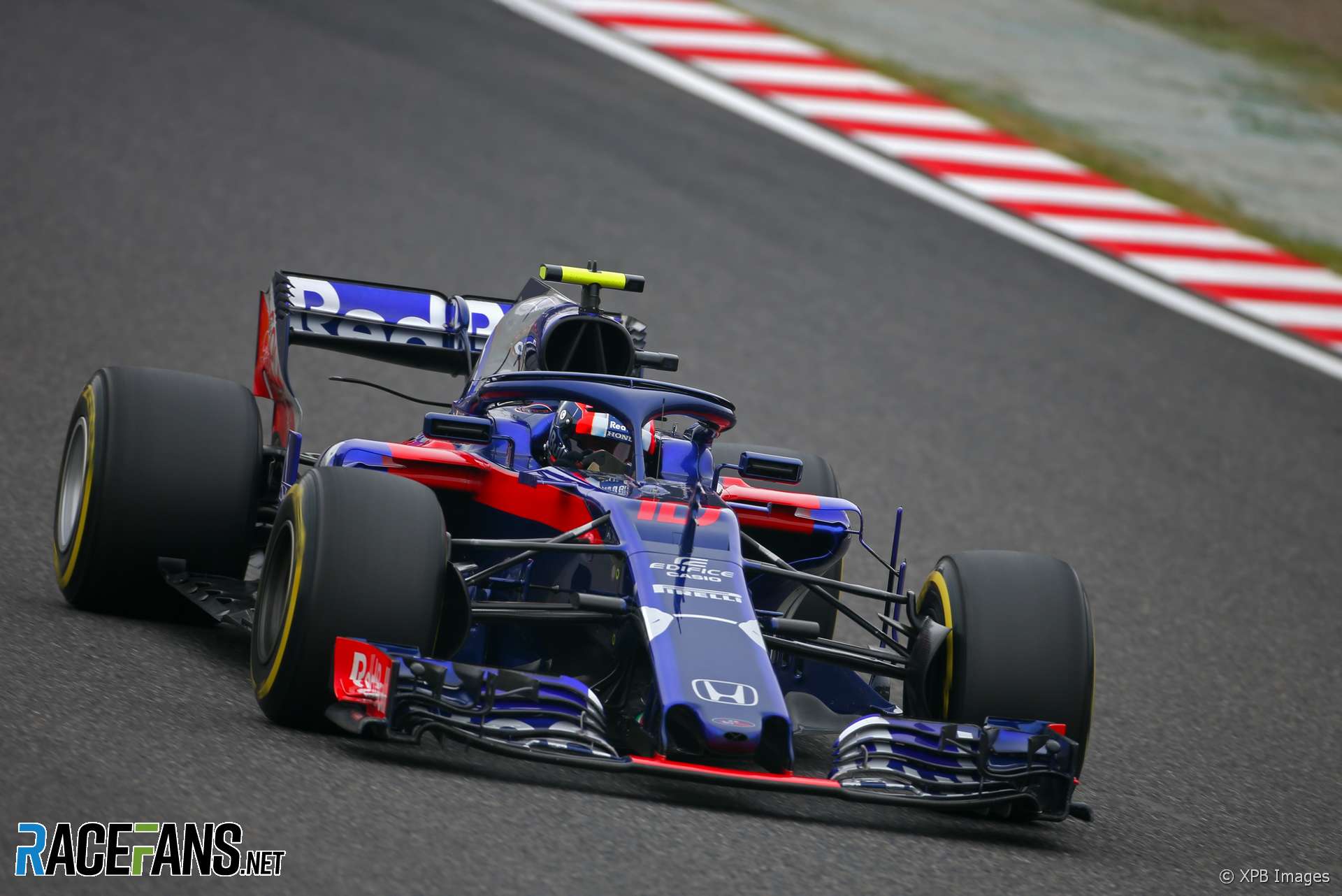 Pierre Gasly has been reprimanded for impeding Lewis Hamilton during the first practice session at Suzuka in an incident which forced the Mercedes driver to take evasive action.

This is Gasly’s second reprimand for a driver incident this year. If he receives a third reprimand, even for an incident which is not driving-related, he will receive a 10-place grid penalty.

According to the stewards Gasly did not deny he impeded the Mercedes.

“On approaching turn 16, car number 10 [Gasly] slowed down significantly on the racing line. Car 44 [Hamilton] was approaching at racing speed on a hot lap and had to take evasive action to avoid car 10.

“The driver of car number 10 admitted that he impeded car 44 and acknowledged that he ought to have stayed on the right hand side of the track and had left it too late to move off the racing line.

“As this occurred in free practice, we imposed a reprimand on the driver of car number 10.”

Gasly’s previous reprimand was for colliding with Esteban Ocon during the French Grand Prix.

Gasly said he did not mean to hold Hamilton up. “I understand that I blocked him, that was clearly not my intention of course,” he said.

“I was really slow because I was preparing my lap and then my engineer told me Lewis was five or six seconds behind me, before the quick left-hander. And then when I passed it I had a car in front of me really slow but with a five second gap I thought I had time to start my lap.

“But the thing is I was at 60kph and my the time I got the message that it was five or six seconds I think Lewis was always three seconds or 3.5 because he was at 300kph and I was at 60.

“[By] the time I saw him in the mirror coming of course I knew I was screwed already because I was on the left side and I was like OK, if I turn at that point he’s going to be really surprised and there might be something even bigger. I tried to close on the left and put one tyre in the grass. I think that was the safest thing to do at that point but of course I blocked him and it was just a bit bad situation.”

However Gasly said he was held up in the same way by other drivers in the session who weren’t penalised. “Honestly it happens so many times,” he said.

“I had the same story with Fernando in P1 and also with a couple of other drivers that don’t get reprimanded. Just like if you are on camera at that time and you get caught that’s the sort of penalty you can get but [if] I get a 10-places grid penalty for something like this it’s a bit harsh.”