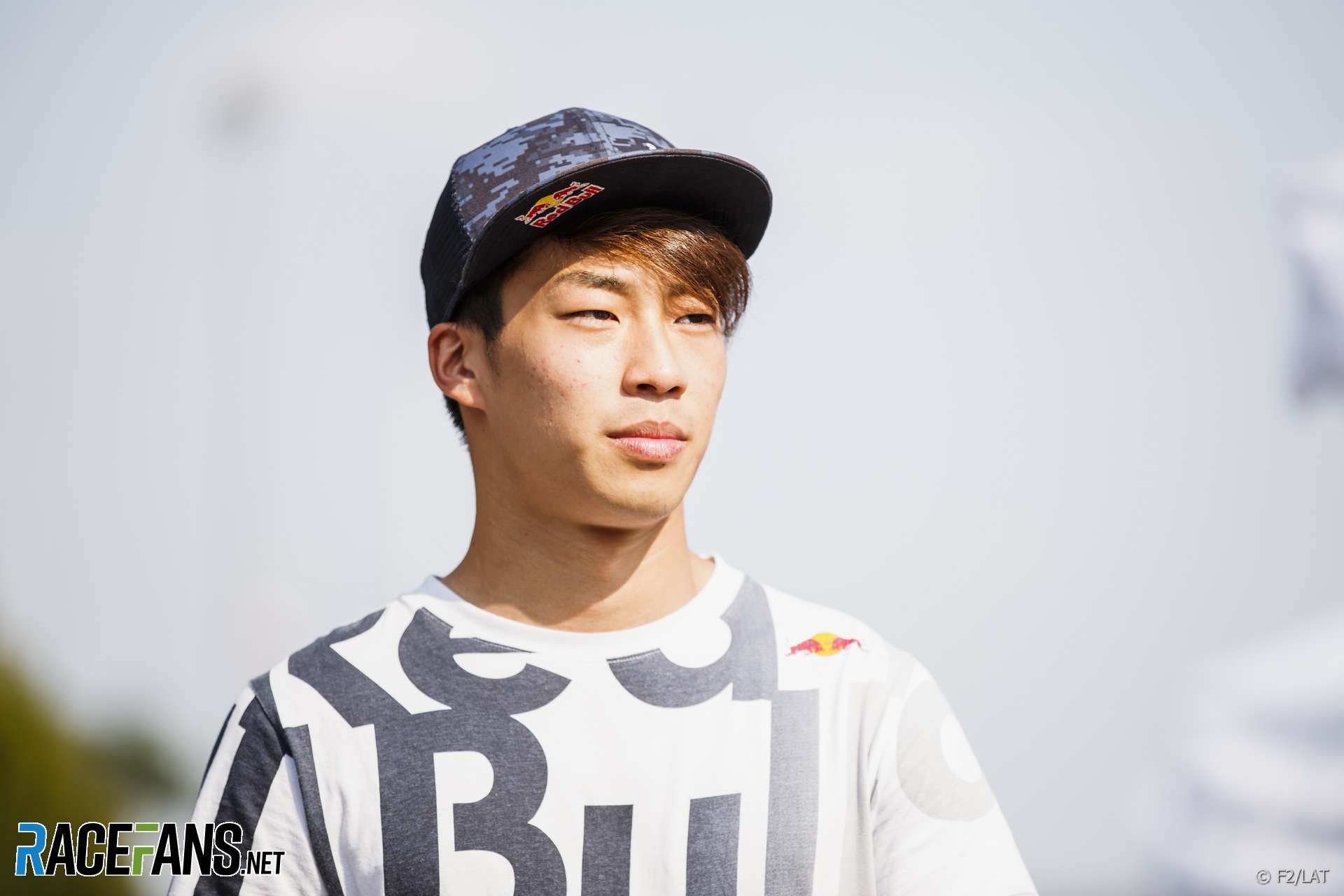 Formula Two drivers Nirei Fukuzumi and Tadasuke Makino are backed by the company, but neither will have enough FIA superlicence points to be able to compete in the 2019 F1 season.

“Obviously to have a Japanese driver on the Formula 1 grid is very important for Japan and for ourselves for the future of this motorsport in Japan,” said Yamamoto in today’s FIA press conference.”

Makino lies 13th in F2, four places ahead of Fukuzumi, who scored his first victory at Monza last month. Fukuzumi (pictured) is also a Red Bull Athlete, though not a member the Junior Team from which its recent F1 graduates have been drawn.

Fukuzumi also races in Japan’s Super Formula championship, but the pair are likely to remain in F2 next year.

“Regarding the series that they run in, as you know, the teams have been working with the new regulations, a lot of changes, trying rolling starts etc… so it hasn’t been a very stable series this series itself. But they are both very good drivers and we are educating them for a bright future.”

The last Japanese driver to race in F1 was Kamui Kobayashi with Caterham in 2014.

19 comments on “Honda eager to bring Japanese driver into F1”