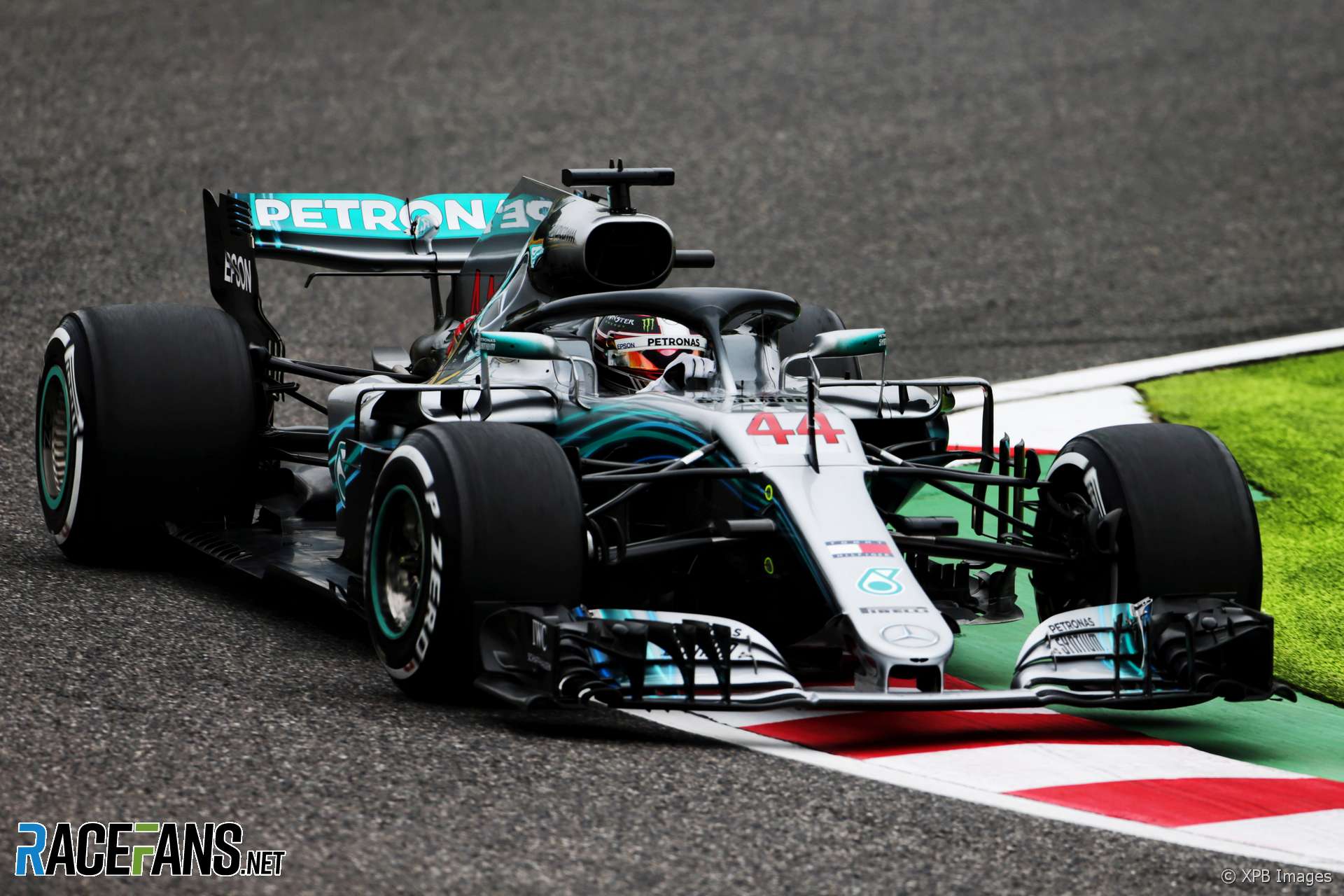 Mercedes easily led first practice for the Japanese Grand Prix at Suzuka despite not using the softest tyres available for the opening session.

Despite forecasts of rain the track stayed dry for the first 90 minutes of running, allowing the teams to complete their programmes on slicks. However relatively high tyre degradation, particularly on the super-softs, limited the length of their stints.

This was particularly so for Ferrari, who spent the entire session on super-softs having chosen more sets of them than any other team.

Despite running exclusively on the quickest tyre available, the Ferrari pair barely got within a second of the two Mercedes. Sebastian Vettel’s final effort at improving was compromised by traffic at the chicane.

Lewis Hamilton also encountered a slow car at this point of the track and had to take evasive action to avoid a collision with Pierre Gasly. He set a 1’28.691 on softs which stood as the best time of the session, just under half a second better than the quickest time from first practice in 2017.

Valtteri Bottas, who set his quickest time on medium tyres, made it a one-two for Mercedes. Daniel Ricciardo’s Red Bull separated them from the Ferraris and like them also ran the super-softs.

The rest of the top 10 were Ferrari-powered. Romain Grosjean’s Haas was followed by the Sauber pair: Charles Leclerc (on his Suzuka debut) ahead of team mate Marcus Ericsson.

Gasly matched Ericsson’s time to within one-thousandth of a second. However he is also under investigation for the near-miss with Hamilton.

McLaren brought a surprisingly large stock of medium tyres to this weekend and ran exclusively on them in first practice, ending up last among the teams. Lando Norris, who replaced Stoffel Vandoorne for this session, was slowest, while Fernando Alonso spun into the gravel at Degner One.

McLaren and Renault both broke the curfew on having personnel at the track working on their cars last night. This was McLaren’s second and final exemption from a penalty for the infringement, and Renault’s first of the year.