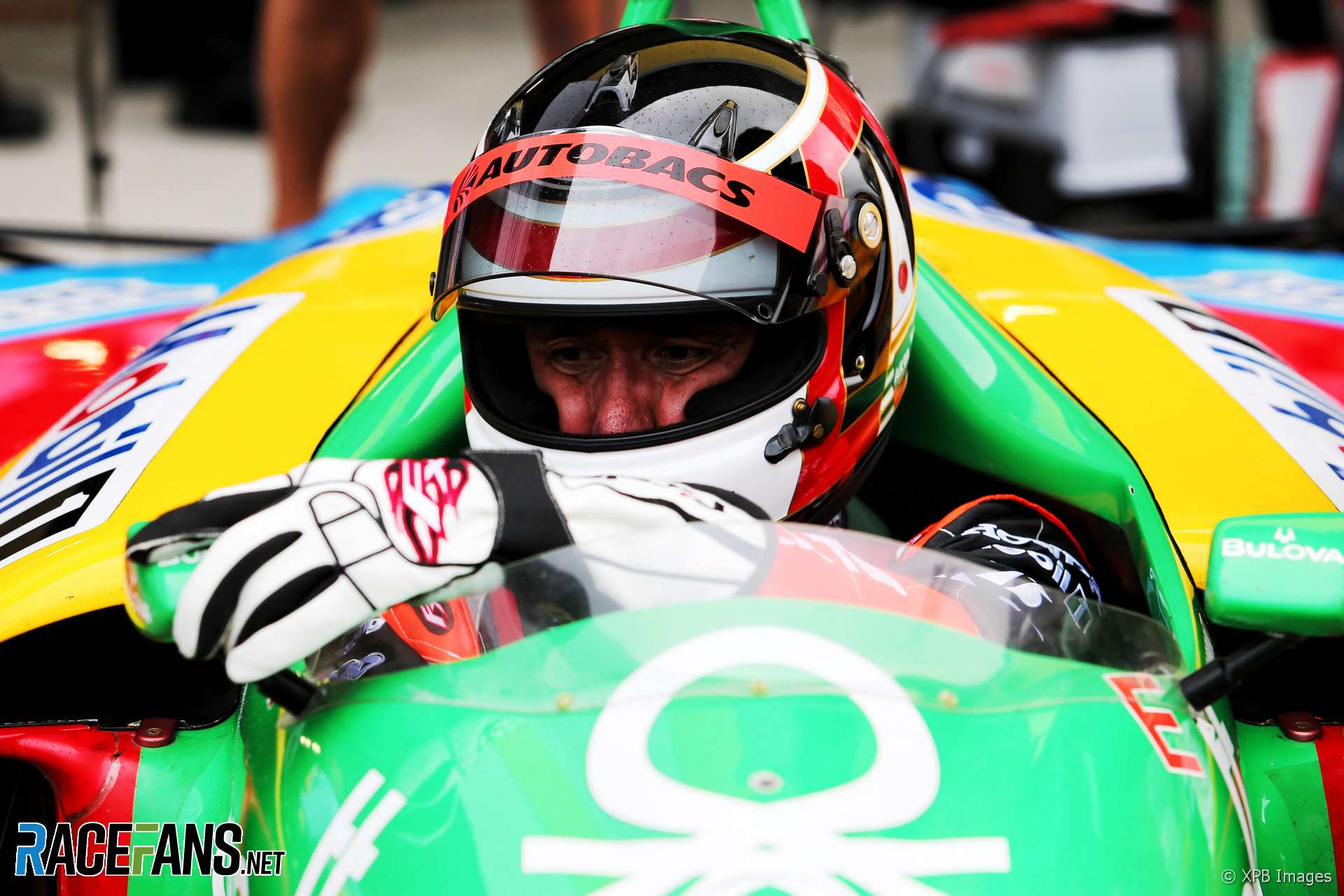 Friday practice offered little action on track but a few classic Formula 1 cars provided some extra eye-candy. Meanwhile in the paddock the teams are up to something…

Up and about after seven hours’ sleep and have breakfast: pocket-sized toast and equally tiny Danish pastries, minute bowl of fruit salad – I end up having three, so small are they – and three dinky but strong coffees.

After all the hectic travel and first day at Suzuka, I have some administrative chores and arrangements for my USA/Mexico trip to chase, so sort them in my room rather than at the circuit, where I’m sure to be distracted. Even on the road admin has to take priority sometimes, particularly when time zone differences further complicate matters.

The Japanese rail structure is, to say the least, interesting. A number of companies operate franchises and the Nagoya-Shiroko lines run by Kintetsu offer three options to Suzuka: Limited Express, Express and Semi-Express. Despite its name, the first of these is the fastest. It also provides reserved seating but is also the most expensive by a factor of two over Express; ‘limited’ refers to its fewer stops.

However, on my route the Express is but 10-15 minutes slower, so I it’s the one I generally choose unless it’s filled to capacity with fans, which is when reserved seats come in handy. The system is complex, and it’s all too easy to catch the wrong train and stop at every station, or get forced to pay the ‘limited’ levy.

Head for Nagoya station, in time for the 10:01 to Shiroko, which lands at 10:45, perfect timing for the 11:00 shuttle to circuit. I eventually arrive at 11:15, just as FP1 finishes – and am told by numerous colleagues that I’ve missed absolutely nothing. While that’s a relief, it’s also something of an indictment about the quality of the track action.

A word about Japan Rail punctuality: you really can set your watches to their arrival at the correct platform. In 100-plus rail journeys over the years across the entire country I’ve only been delayed once – for five minutes. 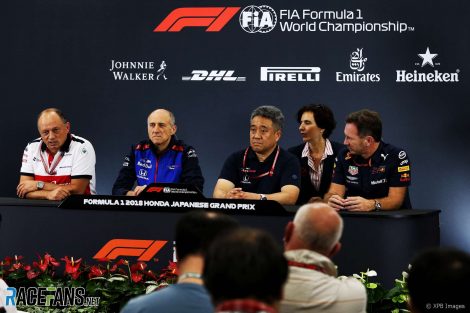 Interestingly, particularly in view of what transpires later, in reply to my question about Liberty’s performance after acquiring F1’s rights two years ago, the consensus from the trio of team bosses is that the product needs improving.

I have lunch in the media canteen – pork cutlet bento box with rice, noodles and various trimmings. It’s tasty, but I doubt I could survive on Japanese food only: I’m too South African to get by on such itsy portions. But a couple of times per year makes for a great change.

Two-times champion Mika Hakkinen is among a group of ex-F1 drivers doing demonstration laps, he in the car he clinched his first world championship with at this track 20 years ago. Aguri Suzuki, who in the 1990 Japanese Grand Prix became Japan’s first driver to score a podium finish in their home race, is in a car he never raced: the technicolour Benetton B189. 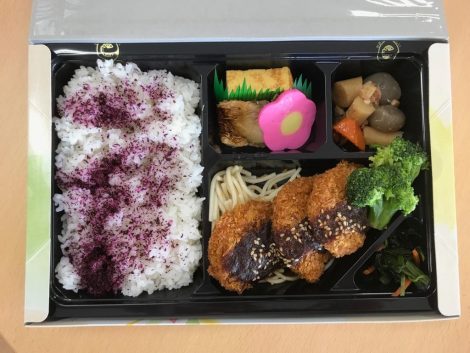 Meeting with Dario Rossi, motorsport boss of Riedel Communications, supplier of data and voice systems to 90 per cent of teams, plus TV stations and the FIA. I visited their Wuppertal base shortly before departing for Russia as part of a feature I’m planning, and our chat provides a greater insight into the company’s activities. Stay tuned for more.

Interviews start: two Williams drivers, both Renault pilots, Toro Rosso twins and Otmar Szafnauer, whom I’m particularly keen to grill on progress made on the commercial front. I’m told – elsewhere – that all teams have now signed the same waiver, but that its provisions don’t apply to Force India’s asset purchase, only to the original “going concern” proposal, which was ultimately aborted as outlined here.

Szafnauer gives me the run-around – which suggests the matter is far from sorted – and instead reveals a team boss meeting called to ‘spice up the show’. With the 10 teams meeting behind closed doors without the FIA or Liberty, and circuits forming various alliances too, it seems Liberty faces some serious challenges going forward. How long before we see the teams reform the Formula One Teams Association (FOTA)?

My day is officially over, so I head for the 7:35pm shuttle, which should get me to the station to catch the 7:59 Express. It does, and I’m in Nagoya at 8:45pm, and in my hotel by 9:00. I’d bought two tuna salad/corn salad portions last night, and stuck the second in my refrigerated drawer – that’s tonight’s dinner.

Time to read various e-publications: Economist and two dailies that landed during the day. Feels strange to read the morning papers at midnight…