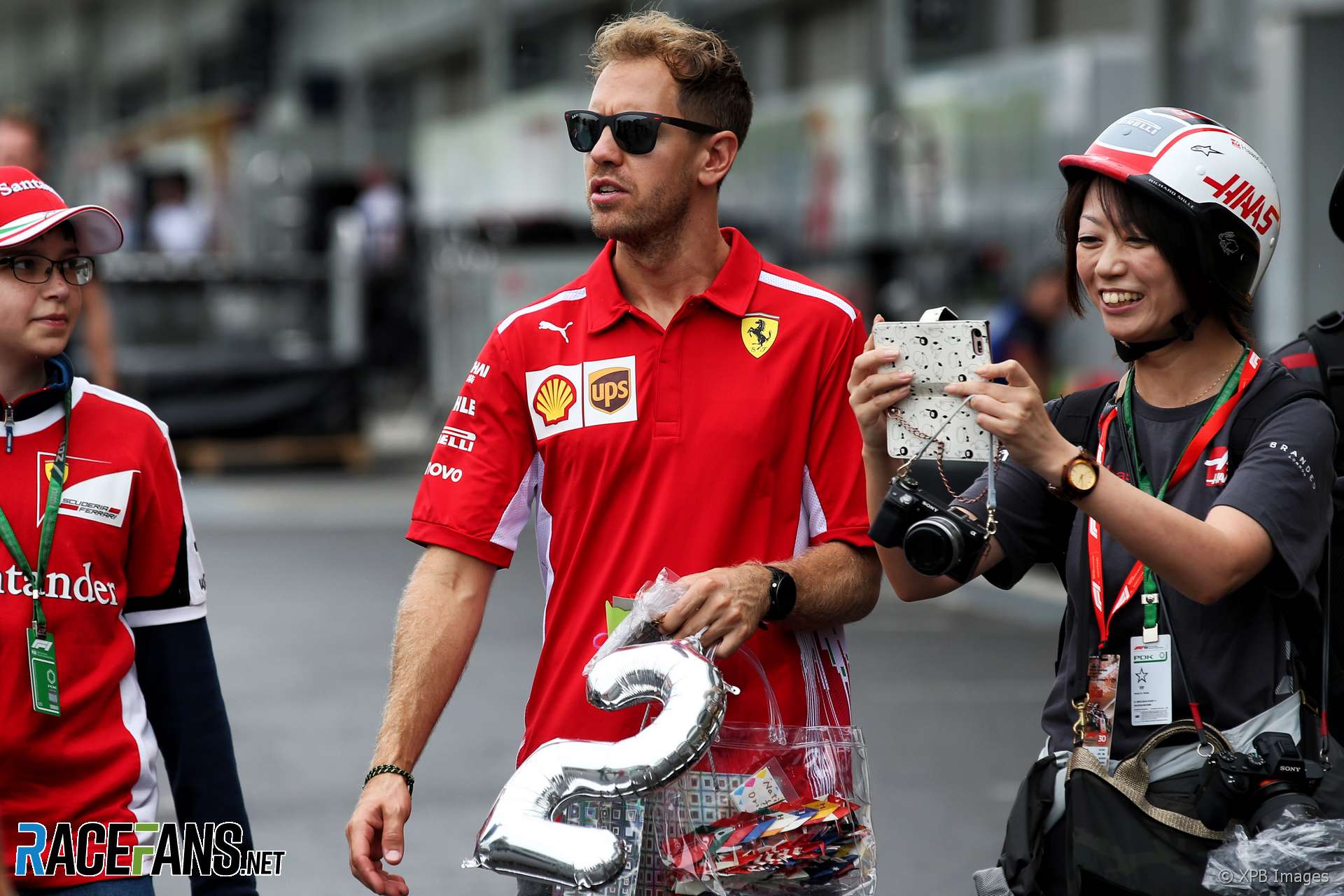 Will Sebastian Vettel’s favourite track give him the break he needs to get back in the championship hunt against Lewis Hamilton?

Can Vettel get one back at his favourite track?

Lewis Hamilton’s position in the championship fight is looking increasingly secure. With a 50-point lead and 125 points available, four third places and a second from the remaining races would guarantee him the title regardless of where Vettel finishes.

What Vettel needs is the kind of result Hamilton enjoyed at this track last year: A win, while the other guy retires.

Suzuka has been a very happy hunting ground for Vettel and is one of the dwindling number of venues where he’s won more races than Hamilton. However it’s now five years since his last win at the track.

Vettel knows he is now relying on something unexpected to get him back in the title hunt. And that’s exactly what Suzuka, with its unforgiving run-off and often extreme weather conditions, has a reputation for.

Where has Ferrari’s speed gone?

The concern for Vettel is that Ferrari’s edge has been blunted in recent races. Mercedes held sway at Singapore and Russia – two tracks where the red cars were ahead last year.

Rumours claim the team’s loss of performance has coincided with the FIA putting new monitoring sensors on their power unit. However Vettel dismissed the suggestion his car has recently lost straight-line speed.

The progress of the Honda-engined Toro Rossos will be of interest to many, particularly sister team Red Bull, who will use their power units next year. The latest ‘spec three’ Honda was tested in Sochi but not raced.

Toro Rosso team principal Franz Tost believes this is the upgrade which has moved the Japanese manufacturer ahead of Renault. The latter has not fared as well of late with its team, and looks at risk of failing to claim its targeted fourth place in the constructors’ championship.

The track will be decked out in Honda signage following its recent deal with Formula One Management to sponsor the race at its home track.

The clock is ticking for Hartley

While one Toro Rosso driver is heading to Red Bull, the other desperately needs a clean and quick weekend: Brendon Hartley, who is making his first visit to Suzuka.

Last week Toro Rosso confirmed Daniil Kvyat will occupy one of its seats next year. Hartley still has a chance to take the other, but hasn’t yet convinced the team he deserves it.

Red Bull and Renault near divorce

The war of words between Red Bull, specifically Max Verstappen, and Renault, specifically Cyril Abiteboul, escalated at Sochi. Verstappen Blamed Red Bull’s decision not to use the latest Renault power unit in two upcoming races on altitude, which Abiteboul disputed.

The pair only have five races together in what looks set to be a disappointing end to a one very successful relationship. Red Bull will use the newer engine this weekend, but will it give them more late-matrimonial grief?

6 comments on “Will Vettel get the break he needs? Five Japanese GP talking points”