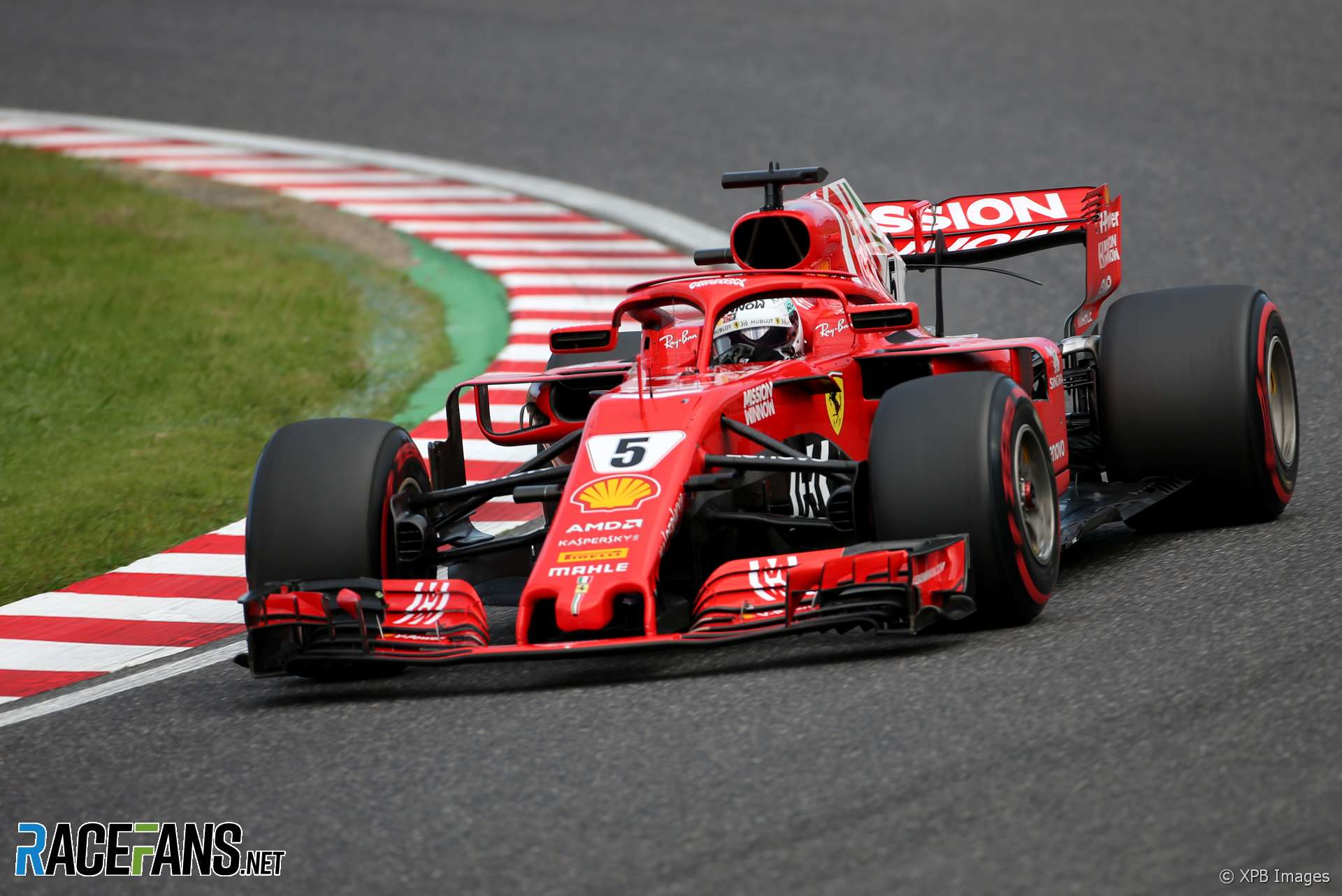 Mercedes are locking down the 2018 championship.

Just a few weeks ago they looked in serious danger of losing their titles to Ferrari. But Mercedes have made strides with their W09 and their rivals in red are letting them off the hook at almost every opportunity.

Qualifying today was another case in point. Ferrari may not have had a car quick enough for the second row of the grid. But they looked capable of getting at least one car onto the front row if either of the Mercedes slipped up.

Instead Ferrari made one mistake – sending their cars out for Q3 on the wrong tyres – and their drivers compounded it with similar line errors through the Spoon curve. Result: a front row sweep for Mercedes, with their closest rival Max Verstappen’s Red Bull.

Mercedes are therefore ideally placed to control the run down to turn one and thereafter dictate proceedings in a race which, for all that Suzuka is a glorious circuit worthy of the world’s best cars and drivers, tends not to produce much in the way of overtaking.

Can anything help the opposition get a look-in? Tomorrow is expected to be warmer than at any stage so far this weekend. This introduces an element of the unknown and higher track temperatures are something the W09 hasn’t always coped with well – remember Austria.

However Mercedes has also bought itself the advantage of starting the race on the harder, soft compound tyres. Curiously, so has Romain Grosjean, in a bold decision by Haas (one which his team mate didn’t manage to capitalise on). Grosjean has therefore put himself in a strong position to bag maximum ‘best of the rest’ points for Haas.

The warmer conditions may be bad news for those who will start on old super-softs: both Ferraris, Force Indias and Toro Rossos, plus Verstappen. Meanwhile Charles Leclerc has been promoted to 10th on the grid and is likely to start the race on a new set of softs, making him an obvious threat to Grosjean. Sauber stunned Haas with their race pace in Sochi, and have usually been quicker on Sundays than Saturdays.

Heading into the weekend Sebastian Vettel stressed that while his championship hopes were dwindling the team had to make sure they were ready to capitalise on any potential problems for Mercedes. This they have clearly failed to do, as he starts eighth.

What can Vettel salvage from there? It’s hard to imagine him preventing Hamilton from extending his 50-point championship lead to the extent that a coronation in North America becomes realistic. If Kimi Raikkonen gets past Verstappen at the start Vettel could be looking at no better than fifth.

On paper there’s little to suggest Hamilton isn’t going to run away with this one. Unless Suzuka produces a shock, then for the second year running the championship is likely to be over much sooner than expected.

Where do you think Vettel will finish? Can Verstappen hold off the Ferraris – or even get between the Mercedes?