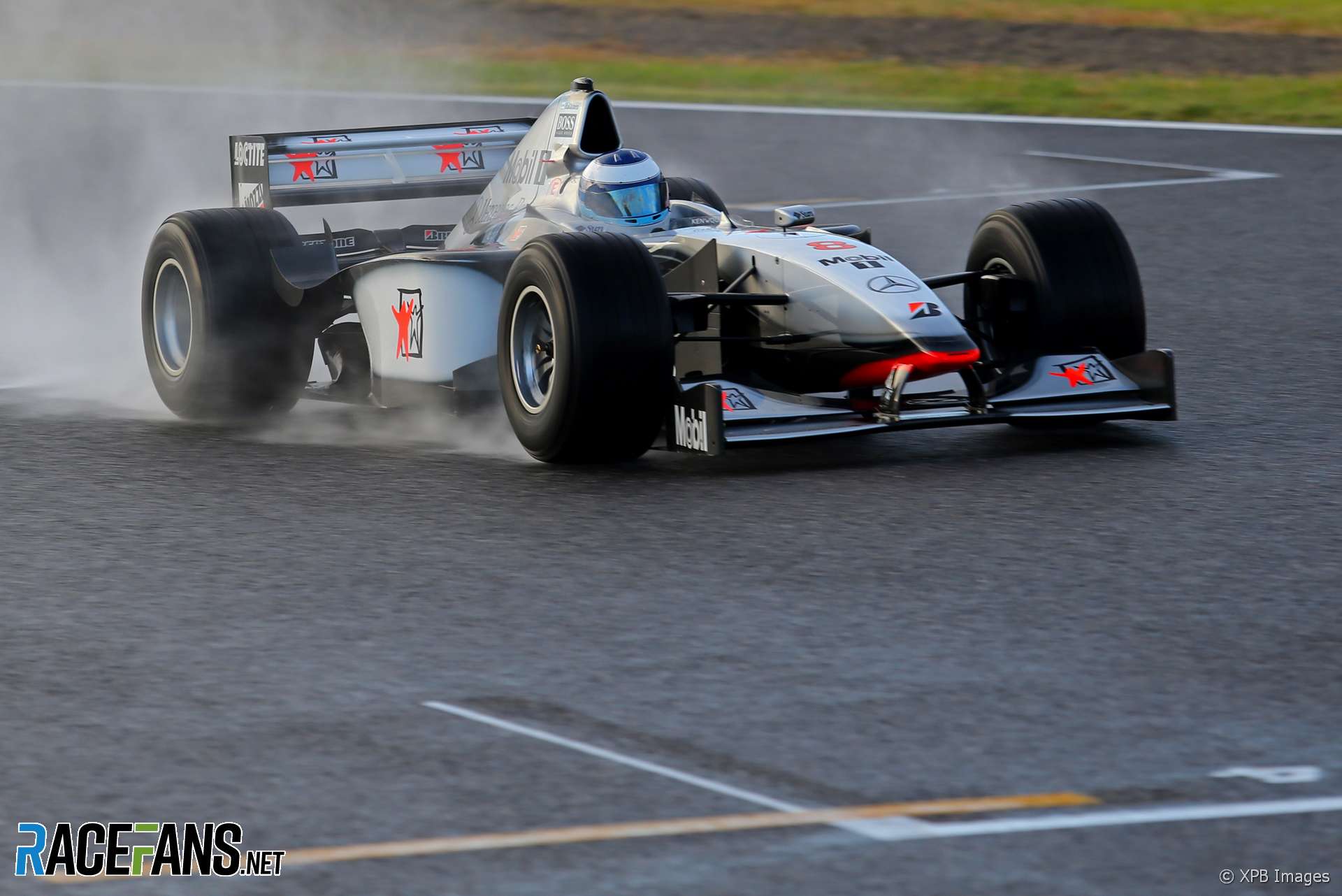 What did Mika Hakkinen make of being reunited with the car he won his first world championship in? And is Fernando Alonso’s McLaren more competitive than a “GP2 car” this weekend? Here’s the Paddock Diary. 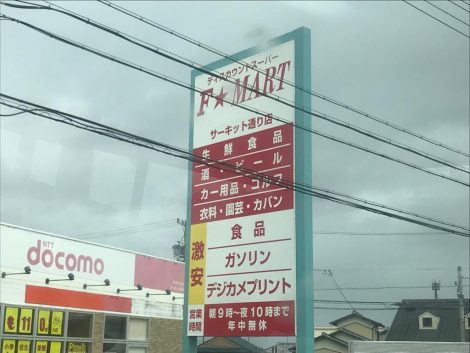 With FP3 starting at midday and no scheduled appointments before lunch, I catch up on world happenings via my e-news subscriptions before having a few coffees in the hotel lobby before setting of for Nagoya Station in plenty of time to catch the 10:01 Express to Shiroko.

The connecting shuttle gets me to the paddock gates at 11:15 – perfect timing. En route I note the local shopping mall has changed its name: previously known as F1 Mart in obvious deference to the annual sporting event held a few miles up the road, it is now the ‘F* Mart’.

I had heard Liberty is enforcing the use of its F1 trademark even more stringently than did Bernie Ecclestone – and wonder whether this a further example of their influence. 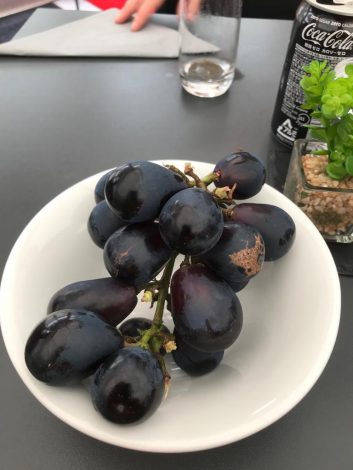 After the final practice session I walk the paddock in search of news. One of the snippets I pick up is that Sochi’s TV ratings recorded a 23% fall over last year. While Liberty downplays the drop with a “last year the race was early in the season; this year it’s near the end” comment, it’s clear something is awry, and I wonder whether last night’s impromptu team boss meeting wasn’t called as a direct result of the slump.

I’ve arranged to meet with Guenther Steiner of Haas to discuss his team’s plans, particularly post-2021 – when F1’s listed parts model is due to change, as outlined here – and he kindly suggested doing so over lunch. His team uses the same catering company as Ferrari, which means the pasta will be excellent – and it is.

For dessert we share a bunch of kyoho grapes, which the team received as a gift from a supplier. We agree they are (by far) the most delicious grapes we’ve ever tasted, and so they should: they’re cultivated under strictly controlled conditions, with bunches restricted to around 30 (plum-sized) grapes to ensure the sugar content is not diluted. More about the fruit here: https://favy-jp.com/topics/1856

Later, while at Toro Rosso, I grab a Kit Kat unlike any other I know: wrapped in green foil, this crunchy, green tea-flavoured chocolate bar is, you’ve guessed it, green in colour. It turns out to be less slightly sweet than its western equivalent, with a slight tang.

Interview time: First up are the Toro Rosso twins, and it’s a real pleasure to observe the unbridled joy in the team’s hospitality after Brendon Harley and Pierre Gasly posted sixth- and seventh-fastest respectively. The relief in the Kiwi’s face is clear to see – he knows his future depends on putting in sterling drivers, and this performance was just what the Doctor (Marko) ordered.

Thereafter I chat to Toro Rosso boss Franz Tost, who is understandably over the moon with the team’s performamce, particularly the engine’s contribution. We’re joined by a Japanese journalist I’ve worked with before, who last year was sceptical when the team announced its switch to Honda, and it’s clear Tost has a long memory – he stops just short of demanding an apology…

From there I head for McLaren and their Meet the Team session. Unfortunately the timing clashes with a demonstration of F1 historic cars, with V10 Ferraris mixing it with Benetton’s and McLarens. Star of the show is Mika Hakkinen, driving a McLaren-Mercedes MP4/13 – which obviously bucked F1’s superstitions by delivering the 1998 driver and constructor championships for the Finn and team respectively.

Although I can’t see the cars running, I sure hear their wailing engines as I hang about outside waiting for the session to start. I remark how wonderful they sound, and, rather surprisingly, a passing marketing man counters, “They should ban [historic F1 cars] at grand prix, and restrict them to Goodwood and historic events.” 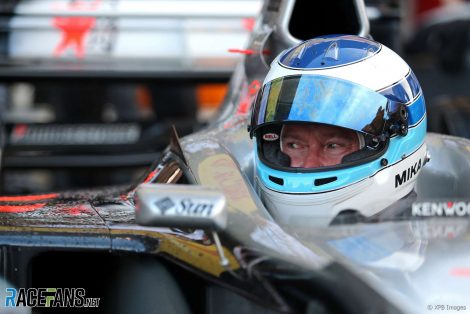 As luck has it Mika passes by, so ask about the demonstration run, whether he enjoyed it and what chance of seeing him in historic racing.

With his trademark twinkle he says, “This was a very unusual situation to even get this car. It belongs to the (Mercedes) museum and getting the engine to run is not just changing the oil.”

“You have to remember [that] when you’re driving a car that is 20 years old and you’re still heading 300 km/h… I’m 50 and have five children. But you never know [whether I’ll do some more historic stuff]…”

I ask his take on current F1. In typical Mika fashion his words are measured: “I don’t think I’m the right person to ask, because you’re asking [me] as a racing driver; I would like to comment about it feels and how the balance is.

“But what I have been listening and discussing with some drivers, you know, the tyres are very fragile and they have to save some fuel in the race, so there are some challenging elements and the drivers are not able to push at 110 (per cent). But the competition is good, it’s definitely getting exciting…” 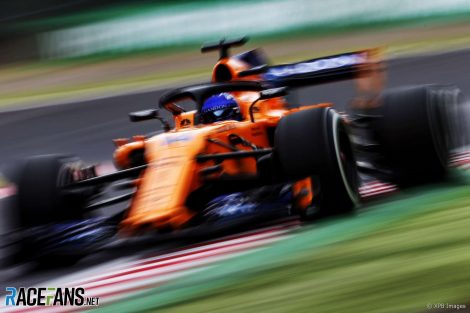 I have fun with Fernando Alonso at McLaren’s Meet The Team press conference. In 2015 he informed the world via radio that McLaren-Honda’s performance was “embarrassing” through “having less power than a GP2 car”. Today he fared worse despite McLaren’s switch to Renault power – with Honda powering both Toro Rossos into the top ten – so can’t resist a dig; “Fernando, given your lack of performance, do you have less power than a GP2 car?”

To his credit he explains that on top speed they aren’t far down on the rest, suggesting McLaren’s chassis is even worse than suspected, the team’s unfathomable tyre compound selection notwithstanding…

From there I head for Williams and chats with the two drivers, plus technical director Paddy Lowe, who is always good value.

I’m often asked why I seemingly choose the midfield for interviews. The reason is simple: It is impossible to cover all ten teams and 20 drivers in a single afternoon, so a few of us divide up the schedule.

The front-runners seldom give media sessions on Saturdays as they’re usually in the FIA presser and/or their comments widely covered on TV, so there is little sense in repetition. That leaves eight teams, which I narrow down to three or four, depending on schedule.

Shuttle to Shiroko, in time for the 7:56pm Ltd Express, which hits Nagoya at 8:45. After my filling lunch at Haas all I need is a ham and egg sandwich, which is taken in the room.