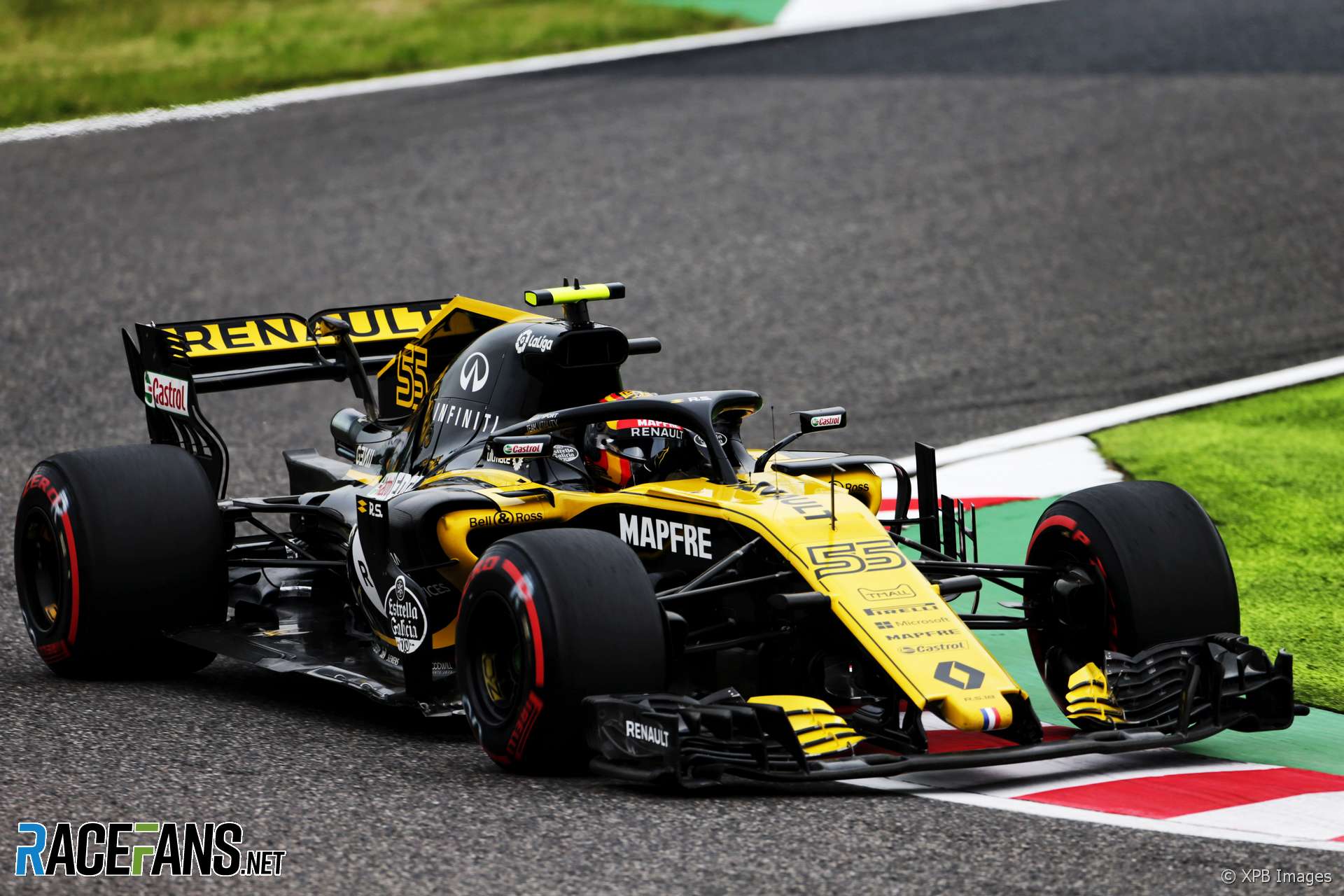 In the round-up: Carlos Sainz Jnr says Renault are increasingly under pressure in the championship because their rivals have made greater gains.

Sainz also revealed a setback for Renault in practice yesterday:

It will depend on the next couple of races. I think at the moment we are definitely on the back foot compared to them.

They have definitely done bigger steps than we have done. So we are having to work a bit harder on Fridays, come up with alternative strategies for Sunday like in Sochi

We’re working hard around it but at the moment we first need to analyse what happened in FP2 to lose so much performance. We changed the floor, we changed quite a lot of things on the car so we just need to see where all that performance went.

Kimi is just so good to watch.

Strides quickly across the paddock, signs one autograph, desperate to avoid another he ignores everyone around him and marches straight into… the women’s toilets #F1 #JapaneseGP

"The latest version of our PU, which we first used on Friday in Sochi, has produced encouraging data today. It's a big improvement and validates the tuning work we carried out on this new power unit since Russia."

"Ferrari tested the new floor design in opening free practice, but reverted to the older version for the second session."

"A story published post-Sochi suggested that a second sensor had been fitted to the Ferrari since Singapore, at the FIA’s insistence, and that this had clipped Ferrari’s wings. The FIA’s Charlie Whiting has refuted that absolutely here in Suzuka. There have been no additional sensors fitted to the Ferrari."

Lewis Hamilton thinks softer tyres will fix F1. Will it?

We’ve had these Pirelli tyres for seven years now and during that time we’ve had several cycles of “this is boring, let’s make the tyres softer… OK this is kinda ridiculous we need to make the tyres harder again”. Pirelli introduces softer compounds for 2019, we see a four-stop race at Barcelona, one team comes out worst and complains that this is ridiculous and we’re back where we started. F1 never learns.

The most straight-forward way to increase the number of overtakes is to increase the number of cars from 20 to 26 and make sure that there’s not a two-second gap between the top teams and the rest of the field – all of which can be achieved with a strict budget cap. But that would be too logical of course, let’s keep discussing tyre degradation and three-car teams, for crying out loud.
@Andae23

12 comments on “Renault “on the back foot” against rivals – Sainz”