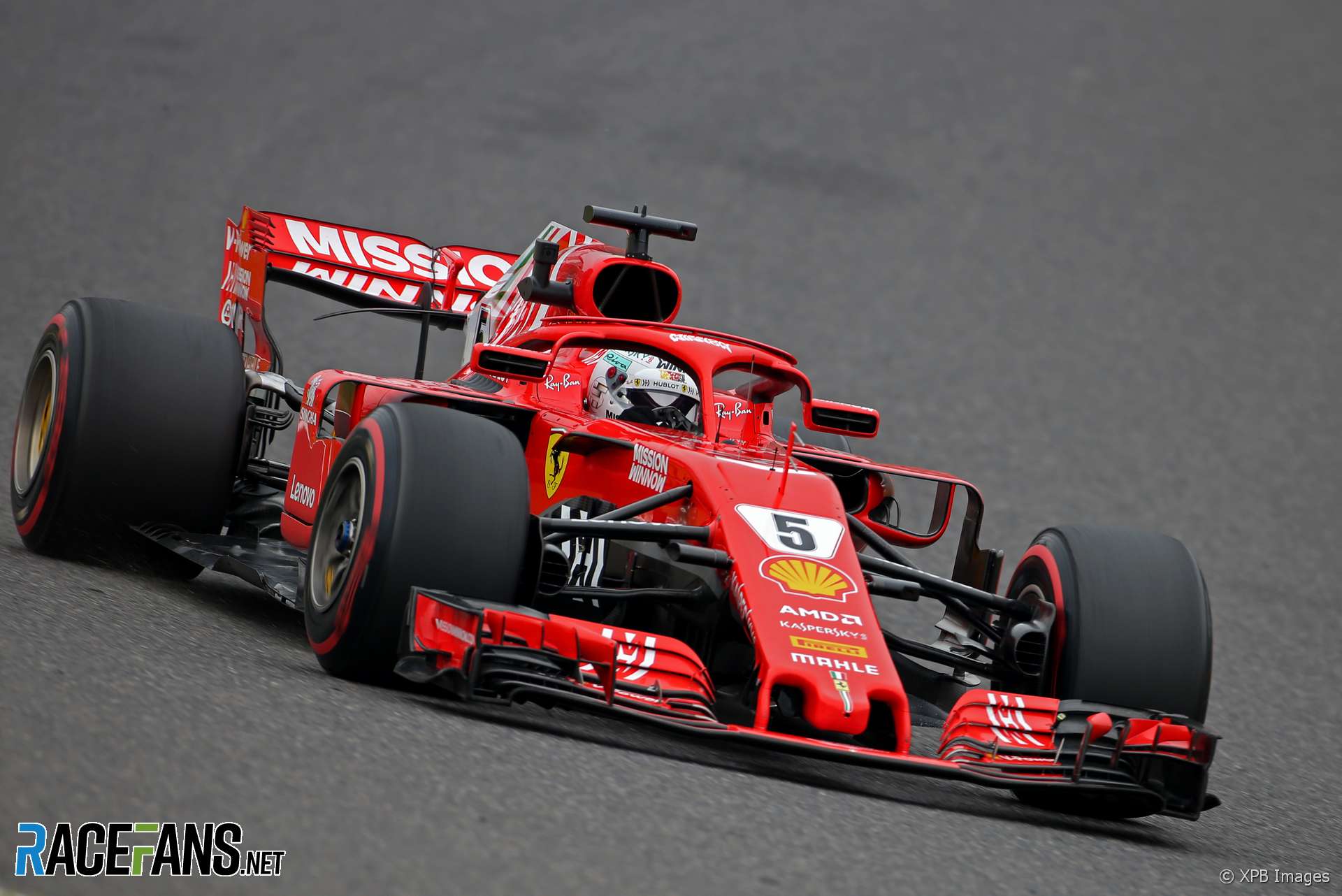 Sebastian Vettel says he and Ferrari deserved better than ninth on the grid after an incorrect tyre call in a rain-hit qualifying session.

Both Ferraris started Q3 on intermediate tyres but were caught out by a quickly-drying track which allowed their rivals to set times. The rain then returned, compromising their dry-tyre runs, though Vettel’s team mate Kimi Raikkonen was able to take fourth.

“Obviously it’s not the position we deserved to be in,” said Vettel. “I think we have a better speed than ninth but we start there and we’ll see how it goes.”

Vettel ran wide at the exit of Degner on his first flying lap and then went off at Spoon as well. The rain later returned, preventing him from improving his position.

“I think the first run was sort of OK,” he said. “Obviously I had a mistake in Spoon so lost most of the time there.

“But obviously the second run we didn’t make it out time the because the rain came so we were too late.”

Immediately after joining the track in Q3 Vettel realised the team had made a mistake:

The team had to abort their later runs due to rain:

10 comments on “Vettel: Ninth is “not the position we deserved””