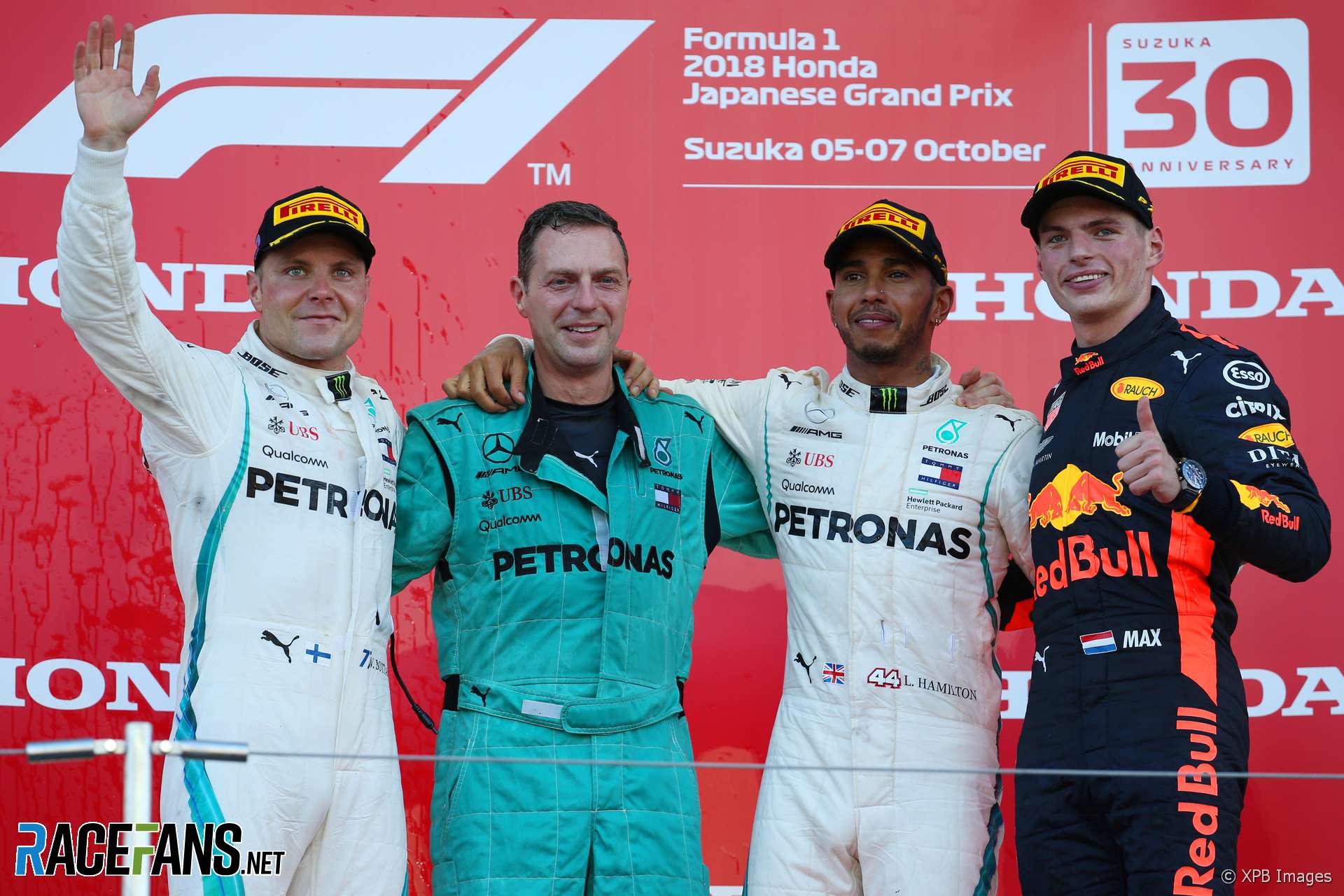 Lewis Hamilton can win his fifth world championship at the next race after scoring his ninth victory of the year in the Japanese Grand Prix.

While the Mercedes driver led from start to finish, his championship rival Sebastian Vettel endured a disastrous race. After making rapid progress on the first lap he tangled with Max Verstappen at Spoon and spun, falling to the back of the field. He eventually recovered to sixth which leaves him 67 points adrift of Hamilton with 100 available.

Verstappen collided with both Ferrari drivers on his way to third. Early in the race he ran wide at the chicane and clashed with Kimi Raikkonen as he rejoined, damaging the left side of the SF71-H. The stewards handed him a five-second penalty, but after serving it in his first pit stop he came out still ahead of Raikkonen.

The Red Bull driver spent the final laps of the race hounding Valtteri Bottas’s Mercedes for second place, but was unable to break the silver cars’ hold on the top two places.

Sergio Perez took seventh place after jumping past Romain Grosjean at the end of a Virtual Safety Car period in the second half of the race. The disgruntled Haas driver came in eighth ahead of Esteban Ocon, who passed the tyre-troubled Charles Leclerc, whose retirement triggered the VSC. The final point went to Carlos Sainz Jnr.

Leclerc was one of three retirements. Kevin Magnussen, who was hit by Leclerc after the Haas made a late defensive move on lap two, dropped out first. Nico Hulkenberg also failed to see the chequered flag at the end of a poor weekend for the Renault driver.