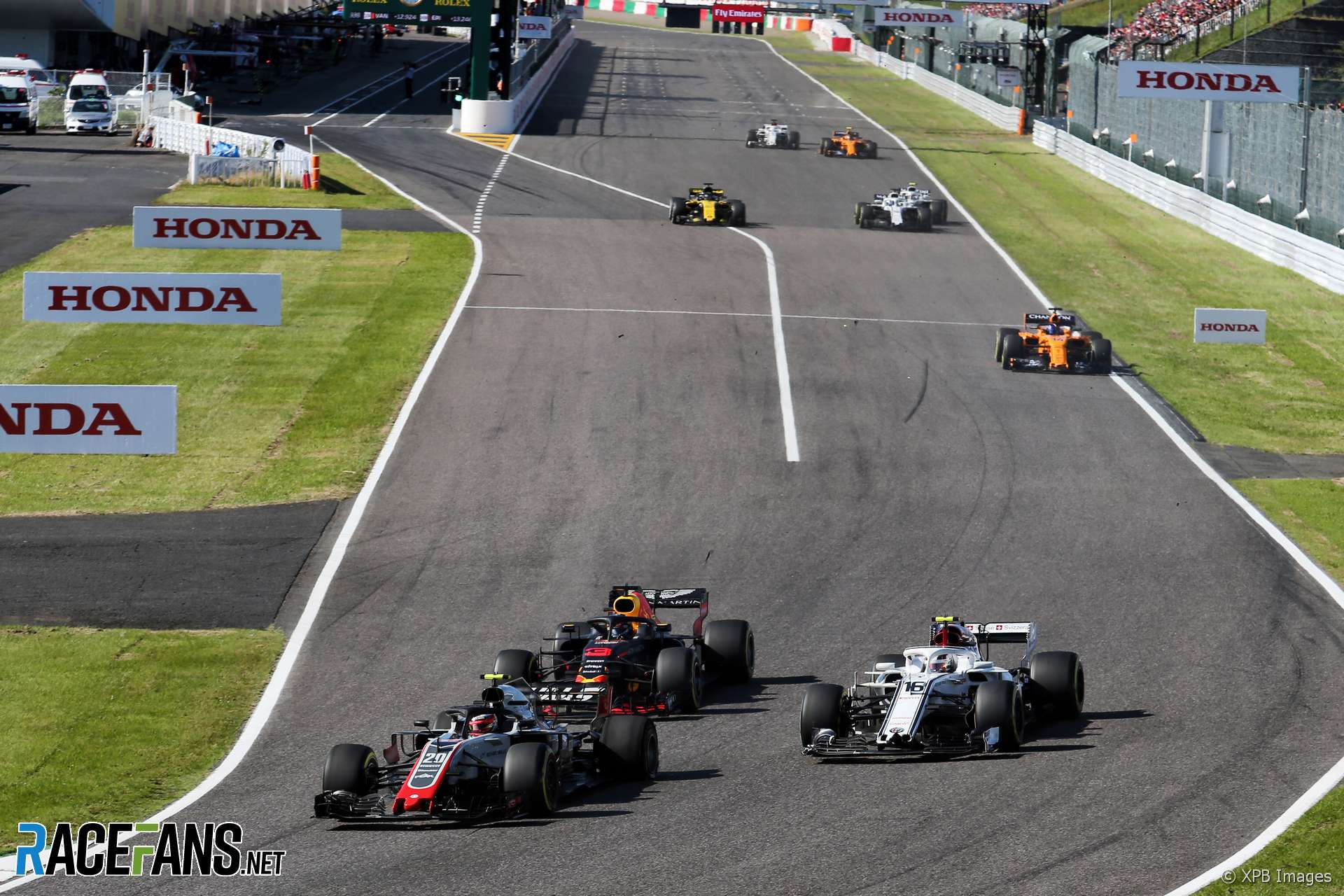 The stewards have cleared Kevin Magnussen and Charles Leclerc for the clash between the pair which brought out the Safety Car in the Japanese Grand Prix.

Leclerc ran into the back of Magnussen’s car after the Haas driver moved in front of the Sauber on the approach to turn one. A furious Leclerc branded Magnussen “stupid”.

Sauber team principal Frederic Vasseur said Magnussen made “a very dangerous move”, adding that “Charles’ car was quite damaged after that.”

However the stewards took no action after investigating the incident, ruling “no driver was wholly or predominantly to blame for the incident.”

Magnussen later retired due to damage from the collision.

“I passed Charles around the outside of 130R,” he explained, “then through the last chicane he kept close and slipstreamed down the main straight.

“I went to the right, I think he followed for a bit and then went back to the left and clipped my left-rear tyre, causing the puncture. It’s unfortunate, but that’s what happens sometimes.

“The tire delaminated and ripped all the floor. It damaged the rear wing, the brake ducts, etc… so we had to retire.”

25 comments on “‘No driver to blame’ over Magnussen/Leclerc clash”