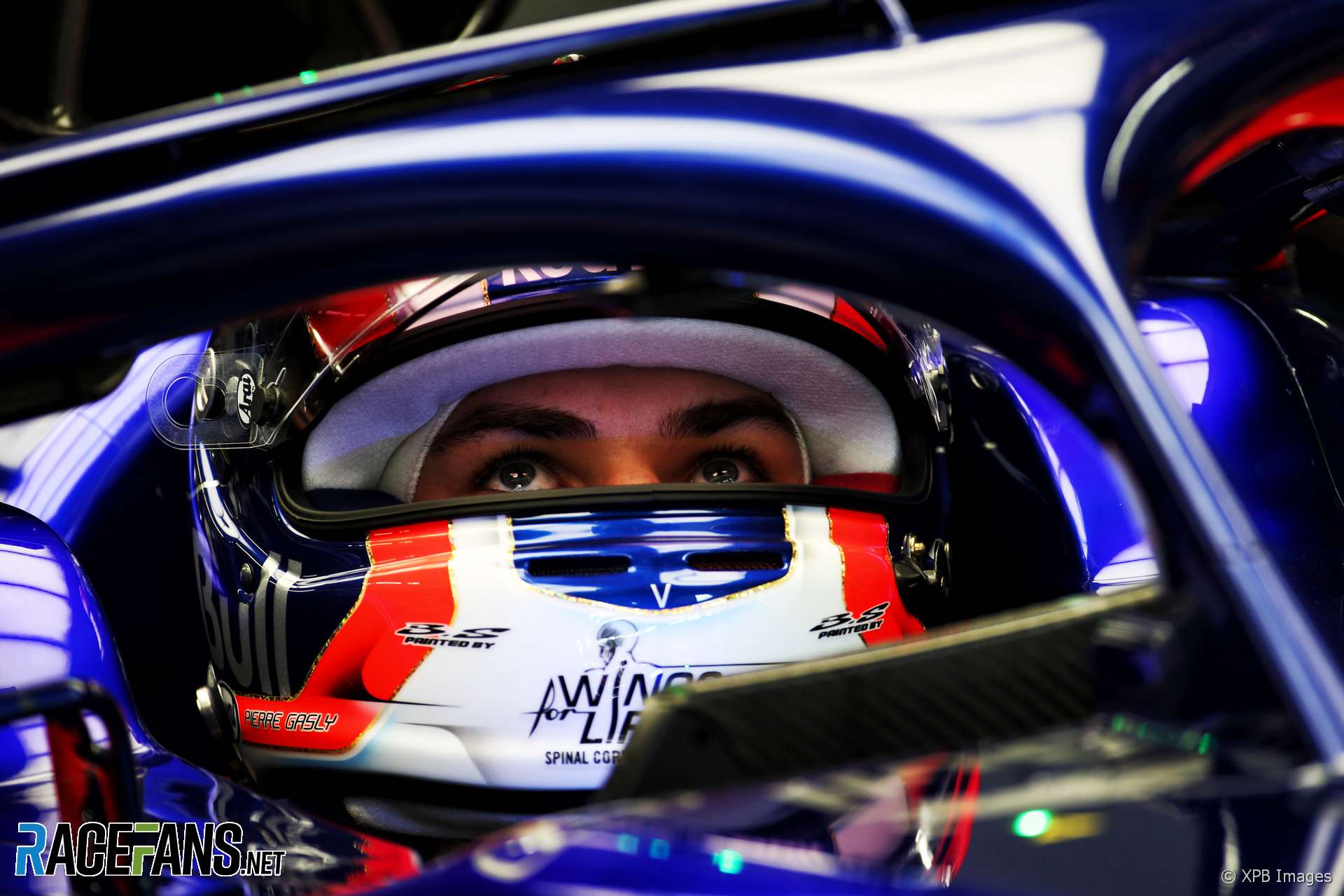 In the round-up: Pierre Gasly believes he could have qualified fifth had he been able to use his engine to its fullest.

I feel for the team it’s unbelievable. Best qualifying of the season for Toro Rosso and Honda and to do it at Suzuka is the best time of the year. I’m really happy for that.

I’m just a bit disappointed because fifth was possible. With the issues we had in [second and third practice] I couldn’t run the engine as aggressive as Brendon. Two or three tenths on my fastest lap which is more or less the gap that we miss compared to Grosjean.

So fifth was possible, we should have been best of the rest which is always nice from the driver point of view. But still seventh is the second or third best qualifying of the season for me so I’m still happy.

#Suzuka – where renowned (for wrong reasons) Pasquale accused me of briefing the media that the #F1 Teams would boycott @COTA (whom I was working with on a #NYC event!) due to garage size, and my pass would be revoked! #FakeNews pal!

"I am very angry. It is not the first time that these mistakes have occurred."

Wolff: ‘Hamilton is such a complex individual’ (The Guardian)

"In the past it took him longer to dig himself out of a hole. The more experience he has, the more his personality has developed. The great thing is his ability to leave negativity behind, an important skill for a driver; for any person."

Todt: I see Michael Schumacher twice a month – I love him (The Times - registration required)

"Little is known of Schumacher’s condition since the accident, only that he is cared for at his home in Switzerland. 'I simply say it is private. I see Michael. I love Michael. I see his family. I wish the situation would be different.'"

Was Ferrari’s Q3 strategy a gamble worth taking?

Everyone’s acting like Ferrari were incompetent here but both cars on intermediates was still the right call.

Had the rain came in that couple of minutes they would have locked out the front row, and being 50 points down in the championship rolling the dice on the contrary strategy is preferable to matching the Mercedes and likely accepting third and fourth anyway
Pat Ruadh (@Fullcoursecaution)

13 comments on “Gasly didn’t have full power in qualifying”