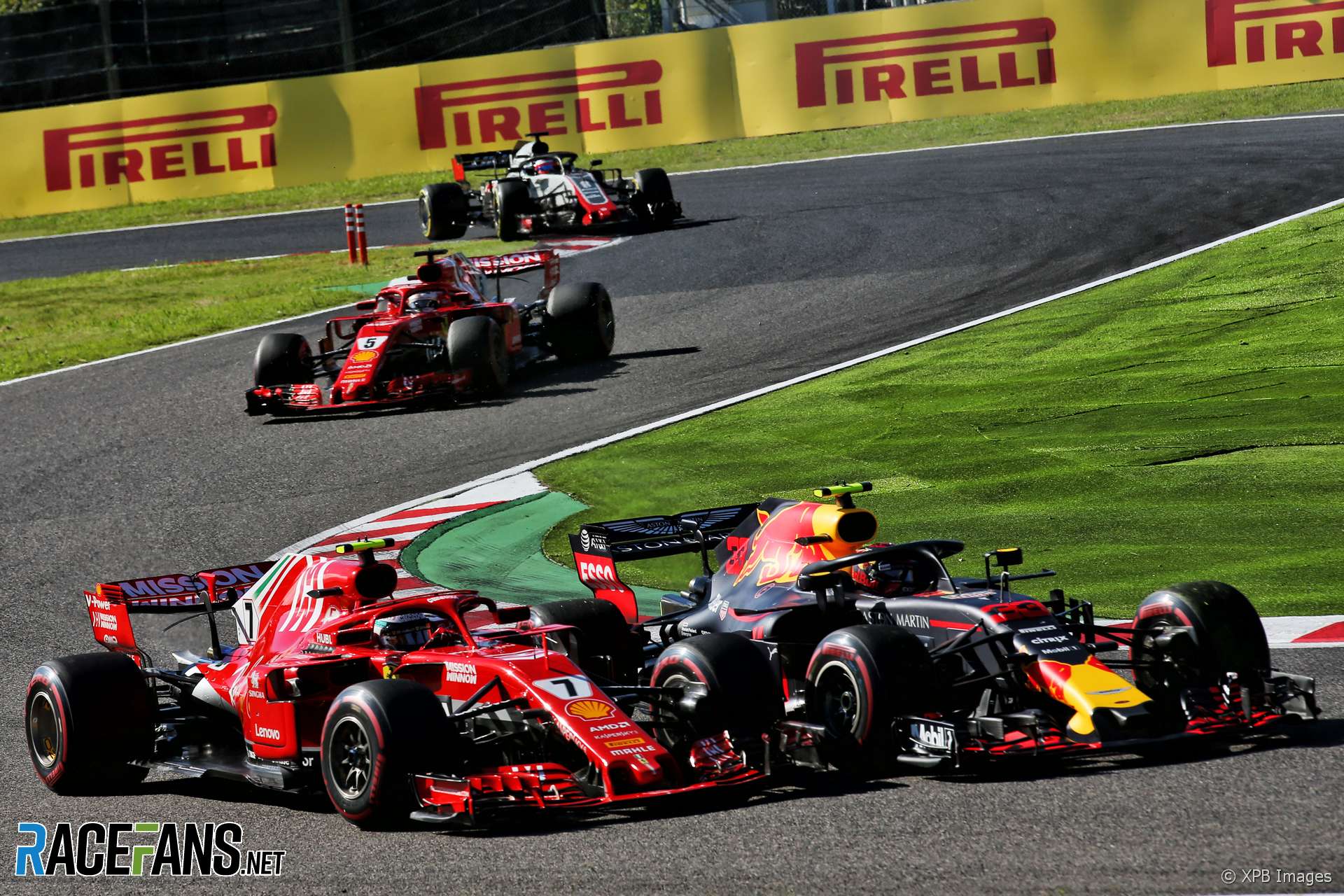 Three drivers have been given penalty points for incidents during the Japanese Grand Prix.

Max Verstappen was given a single penalty point for his collision with Kimi Raikkonen early in the race. The stewards ruled he “cut the chicane and rejoined track on the racing line in turn 17 and in the process collided with car 7 [Raikkonen]”.

The Red Bull driver now has a total of eight penalty points for the current 12-month period, leaving him four away from a potential one-race ban. He was also given a five-second penalty in the race for the incident.

Lance Stroll received two penalty points, and moves onto a total of six, after being held responsible for causing a collision with Fernando Alonso at the chicane.

The McLaren driver subsequently cut the chicane, for which he was given a one-point penalty. The stewards noted that “although car 14 [Alonso] was forced off the track, car 14 thereafter cut the chicane and rejoined the track thereby gaining a significant advantage.” Alonso now has three points on his licence.

43 comments on “Verstappen, Alonso and Stroll given penalty points for incidents”