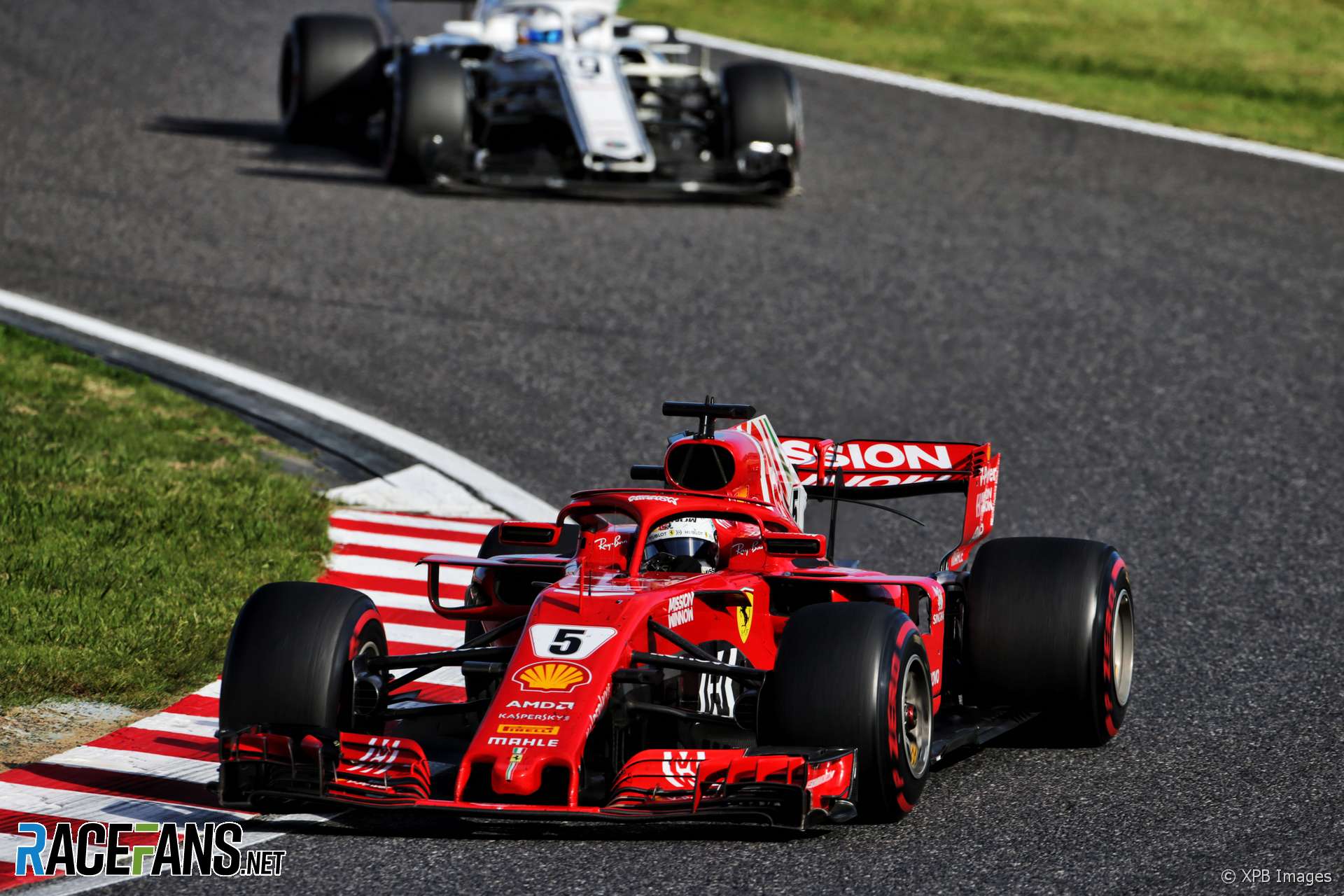 Sebastian Vettel says he “wasn’t desperate to get past” Max Verstappen when the pair collided during the Japanese Grand Prix.

The pair made contact at Spoon Curve while disputing third place. Vettel defended his attempt to pass Verstappen despite knowing the Red Bull driver had a five-second penalty.

“I don’t regret the move,” said Vettel. “Obviously with that outcome you would do different because with hindsight it’s always different.

“But inside the car, the gap was there, his battery was clipping, I was boosting, I saved my battery, I had more speed, I would make the corner, I was side-by-side and he didn’t give enough room and we touched.”

Vettel said Verstappen’s collision with Kimi Raikkonen earlier in the race, which the Red Bull driver received a five-second penalty for, showed he is too unwilling to leave room for his rivals.

“I was obviously pushing to get past but I wasn’t desperate to get past,” said Vettel. “I knew he had a penalty but I also felt that we were faster.

“And then he was clipping on that straight with the battery and I was catching, I had a good exit. Obviously the Safety Car helped to be closer.

“The gap was there but as soon as he saw me obviously he defended. But I had the inside. As soon as he realised somebody is close or next to him he tries to, in my opinion, push when you shouldn’t push any more.

“I mean look at Kimi: he’s off the track and he comes back and if Kimi just drives on they collide. But it’s not always right that the other guy has to move. We’re all racing, the race is long, for me the gap was there otherwise I don’t do it. I think I got through the whole field without any trouble, sometimes closer, sometimes with more margin.

“It’s normal that sometimes it gets close but I think you need to always leave a space. In that case I couldn’t go anywhere and then we touched.

The stewards ruled “no driver was wholly or predominantly to blame for the incident.”